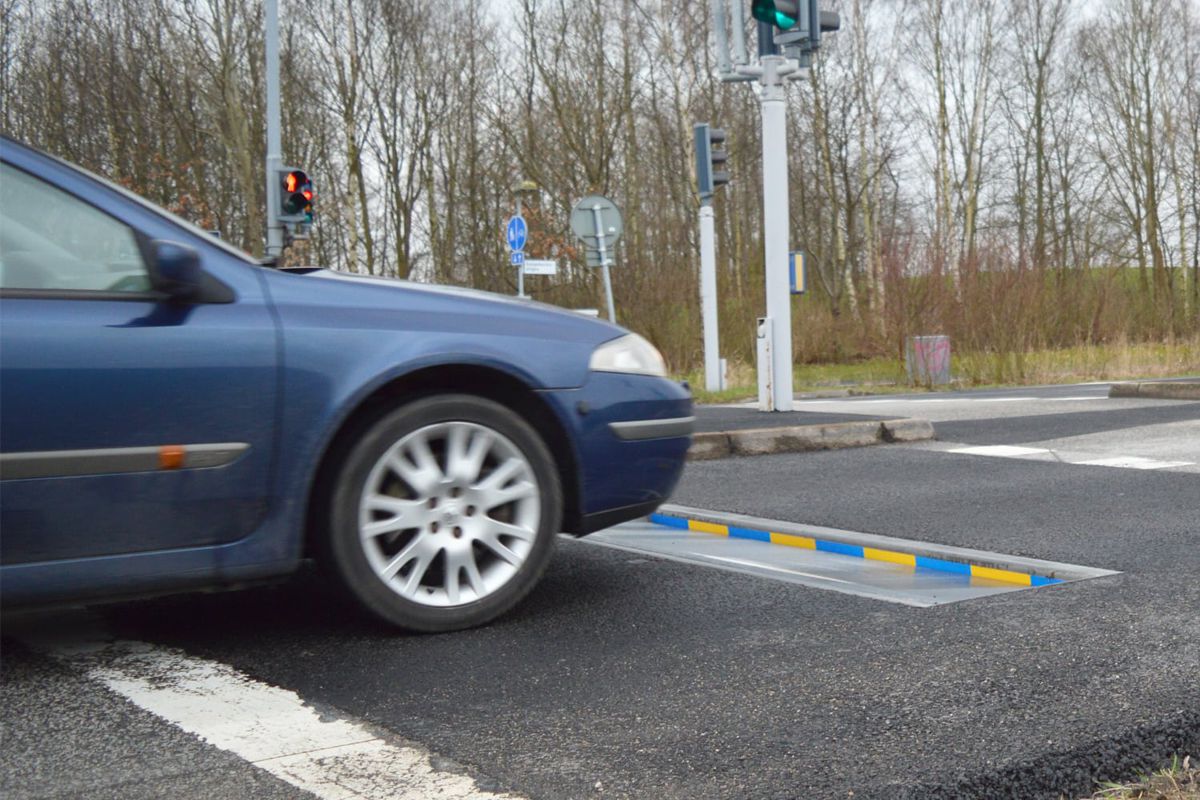 Actibump looks back on 2021 International installations

Actibump looks back on 2021 International installations

The Swedish company Edeva that, among other things, manufactures and sells the active speed bump Actibump have made a number of international installations during the year.

There are currently 80 Actibumps installed. Most of them in Swedish municipalities but also on several sites in the road network of the Swedish transport administration.

Actibump installations can also be found in Iceland, on two sites in Norway and will be installed in Denmark this winter. 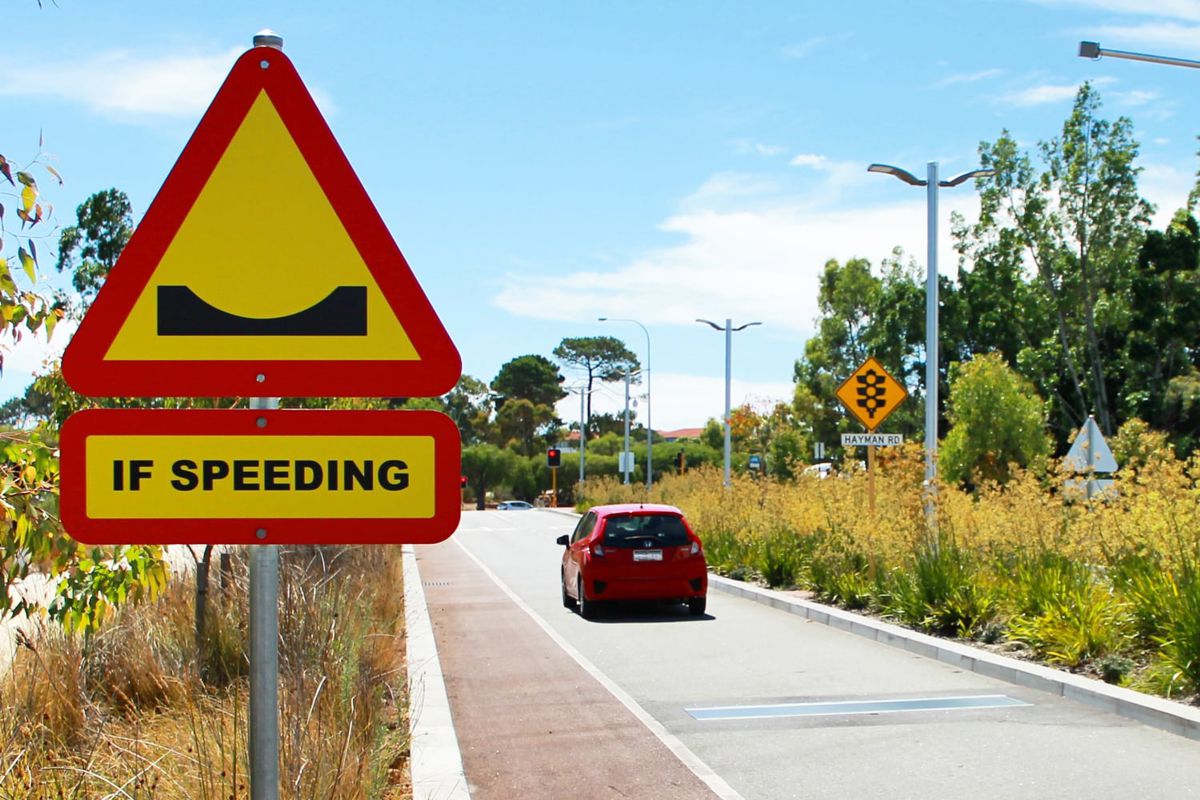 The main purpose of the Actibump is to provide a continuous flow of traffic at a safe speed. This is achieved by a downward-facing speed bump that is only activated for those who speed. The initial position is that the system is level with the road surface, and it remains so for everyone abiding by the speed limit. Those who speed activate a hatch, integrated into the road surface, that lowers a few centimetres, giving the driver a reminder of the speed limit.

The Actibump system also delivers large amounts of data to the customer regarding traffic through the software platform EdevaLive. Environmental data can be delivered through EdevaLive as well.

In Norway it is one region and one municipality that has installed the Actibump. In Bergen the system has been up and running for almost a year but in Halden it just started at a site near a school, in an area with a fairly large amount of traffic and a lot of cars with people going to work nearby and a lot of heavy goods vehicles.

Measurements show that unfortunately 80-90 percent of those who pass this site are speeding. When there’s a school on both sides of the road, as it is here, it’s even more important to driver carefully. That is why the new solution that is going to make it safe for everybody. 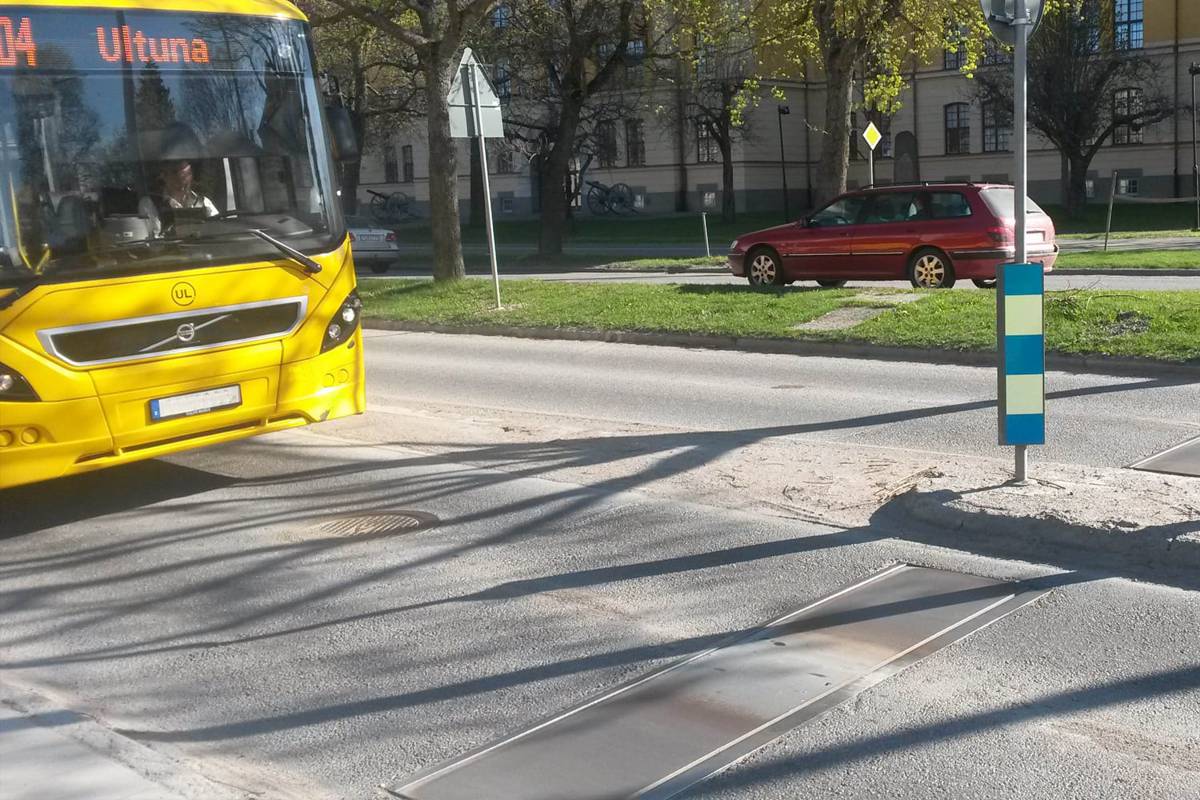 During the summer the first Icelandic Actibump installation was installed. It’s on a road in Vegagerðin’s road network by the Icelandic national road transport administration.

The site in Iceland is in Ólafsvík in the western part of the country. The reason they wanted to install Actibump is due to high speed traffic through Ólafsvík. The municipality got in contact with Actibump asking for a solution. The area is sensitive, with a school, swimming pool and sports field close to the main road, which goes straight through the town. The road has quite a lot through traffic and big trucks transferring goods, so a traditional speed bump was not an option. The only other option would be to re-design the street – which would have been much more expensive.

In Denmark it is the national road transport administration, Vejdirektoratet, that will install Actibumps and they will do it at three places at once. Vejdirektoratet sees this as a great solution for places where both traffic safety and accessibility are important. The installation of the Actibump system on three sites is a trial to evaluate the effectiveness of the Actibumps for a potential larger rollout.

These installations mean a lot to Edeva as the Actibump system has huge global market potential. “Expanding internationally, and specifically in the Nordic countries is a sign of how well the system has worked in Sweden,” says David Eskilsson, CEO at Edeva.

The Actibump also helps the modal change from cars to more active mobility, giving a faster and more comfortable bus ride, which is good for the environment.