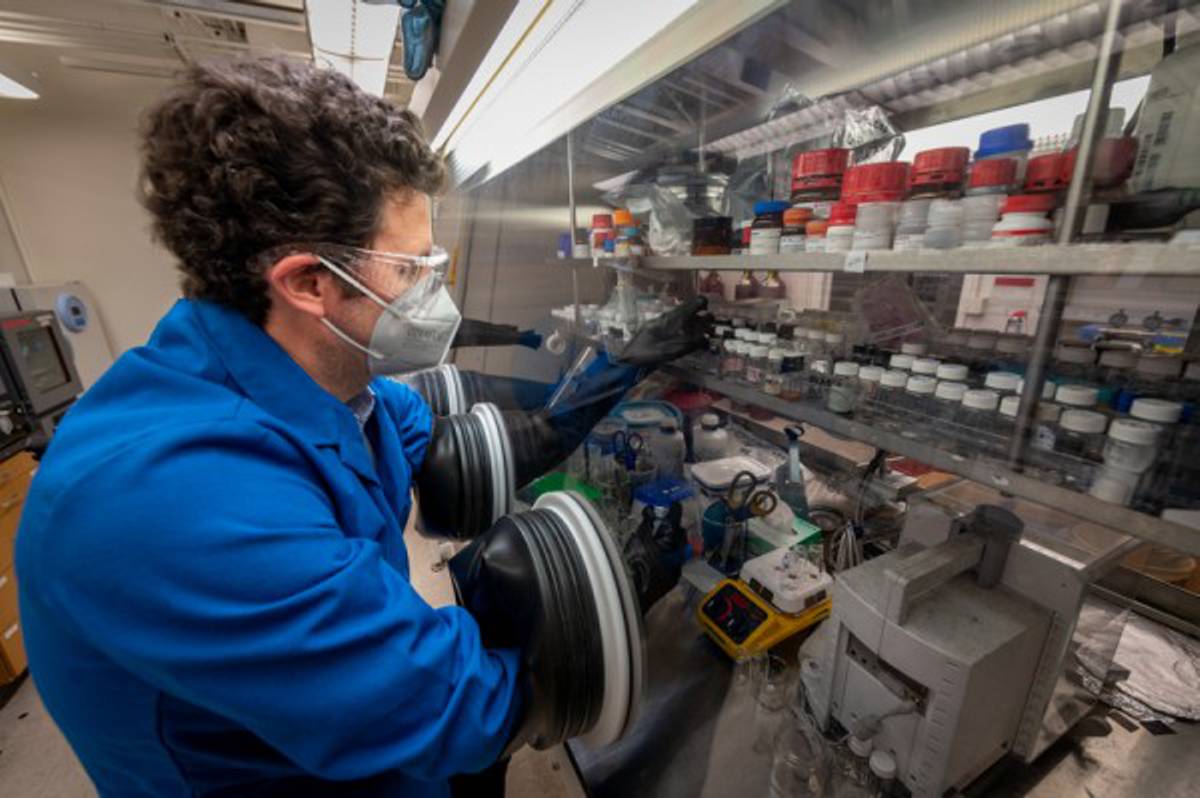 The need for negative emissions technologies to address our climate crisis has become increasingly clear. At the rate that our planet is emitting carbon dioxide – adding about 50 gigatons every year – we will have to remove carbon dioxide at the gigaton scale by 2050 in order to achieve “net zero” emissions.

The U.S. Department of Energy has recognized the urgency of carbon dioxide removal with its Carbon Negative Shot, part of its Energy Earthshots Initiative, aiming to accelerate clean energy breakthroughs. And Lawrence Berkeley National Laboratory (Berkeley Lab) is recognizing it with its own Carbon Negative Initiative. Using seed money through a program known as LDRD, or the Laboratory Directed Research and Development Program, Berkeley Lab is funding an array of emerging technologies to remove and sequester carbon dioxide from the atmosphere.

Funded projects include a chemistry approach to direct air capture and conducting techno-economic analysis to make these projects more impactful and practicable. Berkeley Lab scientist Bryan McCloskey, who is also a professor in UC Berkeley’s College of Chemistry, decided to use an electrochemistry approach to capture carbon dioxide. His technology, he says, could be less energy-intensive than systems currently in use.

Electrochemistry, and how can it be used to capture carbon dioxide

A very simplified way of putting it is that electrochemistry involves reactions that produce or consume electrons. The most common electrochemical devices include batteries, fuel cells, and sensors. In fact, my main research focus is on batteries.

When it comes to using electrochemical methods to extract CO2 out of air, this is a developing field, compared to the more established methods of sequestering carbon dioxide, such as reforestation, weathering, and BECCS (bioenergy with carbon capture and storage). The electrochemistry community is playing catch-up. But I think that there are great opportunities there.

There are people who have been looking at how you can take CO2 out of air by engineering molecules that can reversibly react with CO2, meaning that they can absorb CO2 at a certain applied voltage and then form CO2 at a different voltage. Using electrochemical approaches for CO2 capture can allow the entire process to run on renewable electricity, rather than thermal approaches that rely on burning fuel to regenerate CO2 adsorbent molecules.

Our project leverages the spontaneous reaction between CO2and hydroxide ions to capture CO2, then uses electrochemical methods to regenerate hydroxide ions from the bicarbonate solution that forms.

How it would work

In an electrochemical cell you need two different reactions to occur at each of the cell’s electrodes. At one electrode, we oxidize bicarbonate to form a pressurized stream of CO2, which can then either be sequestered or used as a feedstock for other conversion processes. At the other electrode, we evolve hydrogen gas, which consumes protons to regenerate the alkaline solution. The hydrogen production is certainly a bonus of our alkaline regeneration scheme, because it is a high-value product that can be used as a carbon-neutral fuel.

Our electrochemical cell will operate as a closed loop with the absorber, although a water feed is also needed to replenish water that participates in the electrode reactions. So, we’re essentially taking CO2 from the air and concentrating it into a pure CO2 stream and a hydrogen stream.

We believe it can improve energy efficiency and cost of CO2 capture from air over other competing processes. Commercial methods of direct air capture use thermal methods to regenerate the absorbent. It requires very high heat, around 800 degrees Celsius. That is one of the reasons that current systems cost as much as $600 per ton of CO2 captured (although some companies have published claims that their technology costs under $200 per ton).

Using a rough, back-of-the-envelope calculation, we’ve estimated that if all goes well, our system can cost in the range of $100 per ton of CO2 captured. Of course, that’s assuming we find ideal, cost-effective cell materials.

There are three innovations we’re after. The first is the design of the electrochemical cell. The stability of the cell has to be great. In any electrochemical system, slow decay of the operational performance occurs, and so you want to try to design a system that is robust, that leads to high energy efficiency, and that allows you to get to as low cost as you possibly can.

Second is the membrane. The membrane is what isolates the two electrodes of the cell from each other. Otherwise, you would get mixing of the hydrogen and CO2, and they’re much more valuable as pure streams. The prototypical membrane in such situations is called Nafion – it’s used in fuel cells and many other applications. Nafion has great performance, but it’s very expensive, so it’s not practical to use at a large scale. We need to design a more cost-effective membrane.

Third, we need an appropriate catalyst for the bicarbonate to CO2 reaction. A great catalyst means you have a really high reaction rate if you apply a small voltage to the electrode surface.

I’m very confident that we will be able to make our proposed alkaline regeneration scheme work. The issue will always be, how does it work compared to other technologies that are being developed? It’s just a matter of, do we get to that $100 per ton CO2, or is it somewhere closer to $1,000 per ton, which would not make it competitive? So, those are the questions that we need to keep in the back of our minds.

Doing this project at Berkeley Lab gives us many advantages. We have experts in all these different areas, such as membrane technology, molecular simulation and modeling, and electrocatalysis. LiSA (the Liquid Sunlight Alliance) has a lot of knowledge that they’ve accumulated over time. The Advanced Light Source is a capability that allows us to understand molecular interactions in detail – that’s a huge advantage that we have here at Berkeley Lab compared to anywhere else. So, I think that we’re uniquely positioned because of our broad expertise in a variety of different areas to make a device like this.