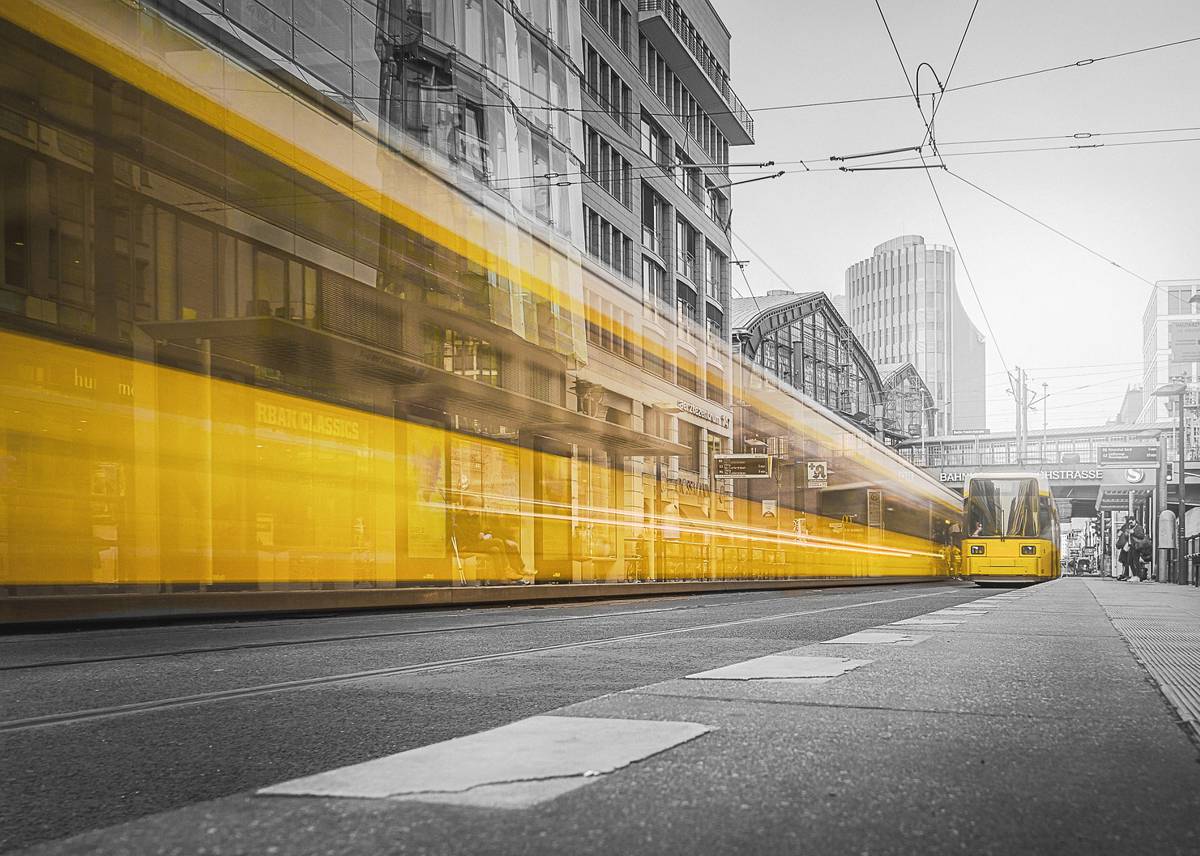 A new study reveals that while few cities in the U.S. have high-quality bus rapid transit systems, those that do see benefits to nearby property values.

While BRT didn’t have a negative impact in most of the cities studied, it did improve multi-family property values in some cities such as Cleveland, which may be a model that some other cities can follow, said Blake Acton, who led the study as a graduate student at The Ohio State University.

“What we saw in Cleveland is something that’s new and desirable, and people really want to live near the BRT system there,” Acton said. “That demonstrates that it’s possible to build premium BRT infrastructure and stimulate transit-oriented development in the United States.”

The study was published in the Journal of Transport Geography.

“Our results show that locations near BRT systems in congested, growing cities with high transit ridership can see property value increases,” said study co-author Harvey Miller, professor of geography and director of the Center for Urban and Regional Analysis at Ohio State. “But high quality BRT can have positive impacts in more cities.”

However, most BRT systems in the United States lack key features – most importantly, dedicated bus lanes – and often are often referred to as “BRT-lite.” In contrast, high-quality full BRT systems include dedicated lanes.

BRT gained popularity around the world at the beginning of the century, but only 438 of these systems exist in the U.S today – about 8.2% of the entire world’s system length.

“BRT exists all over the world, and not just dense mega cities,” Acton said. “BRT can link together walkable areas in cities that historically have been very isolated.”

By comparing the before-and-after effect of BRT systems in 10 cities across the U.S on property price data from 1990-2016, the study was able to determine that unlike traditional bus services, amenity-filled BRT routes don’t generally harm property values. In addition to Cleveland, the study examined BRT systems in Seattle, Eugene (Oregon), Oakland, Los Angeles, Kansas City, Chicago, Pittsburgh, Boston and Miami. The study also controlled for neighbourhood attributes that might change over time such as race, income, education, in addition to proximity to jobs and green space.

Results showed that three of the 11 BRT systems experienced property value increases near stations, one system experienced a decrease and the remaining seven showed no significant changes.

BRT can especially benefit the value of multi-family residences, the study found.

Their findings showed while single-family homes along the Cleveland Healthline system saw no change to their values, multi-family residences saw a 41.5% increase to their property values, compared to properties located in similar neighbourhoods farther away.

Acton said that such a result suggests that bus rapid transit systems can have an overall positive impact on their nearby communities.

The researchers said the success of the Cleveland Healthline service in increasing property values may be credited to the fact that it operates along a major thoroughfare, it has dedicated bus lanes, and the corridor experienced $7 billion of new investments, including major streetscape renovations. That helped lead to a 138% increase in ridership compared to the bus service it replaced.

Multi-family properties may be the main beneficiary of rising property values linked to BRTs because these bus systems make commuting without cars easier and thus encourage more dense housing.

Findings also indicated that a car-oriented BRT station design can be more of a nuisance rather than a benefit to the neighbourhood, Miller said.

“The only time BRT harms property values is if you have stations surrounded by parking. That means that the BRT stations are not walkable and not well integrated into the city,” he said.

“Public transit is the backbone of a sustainable urban transportation system. I hope our study encourages more communities to consider high-quality BRT as a viable option,” he said.