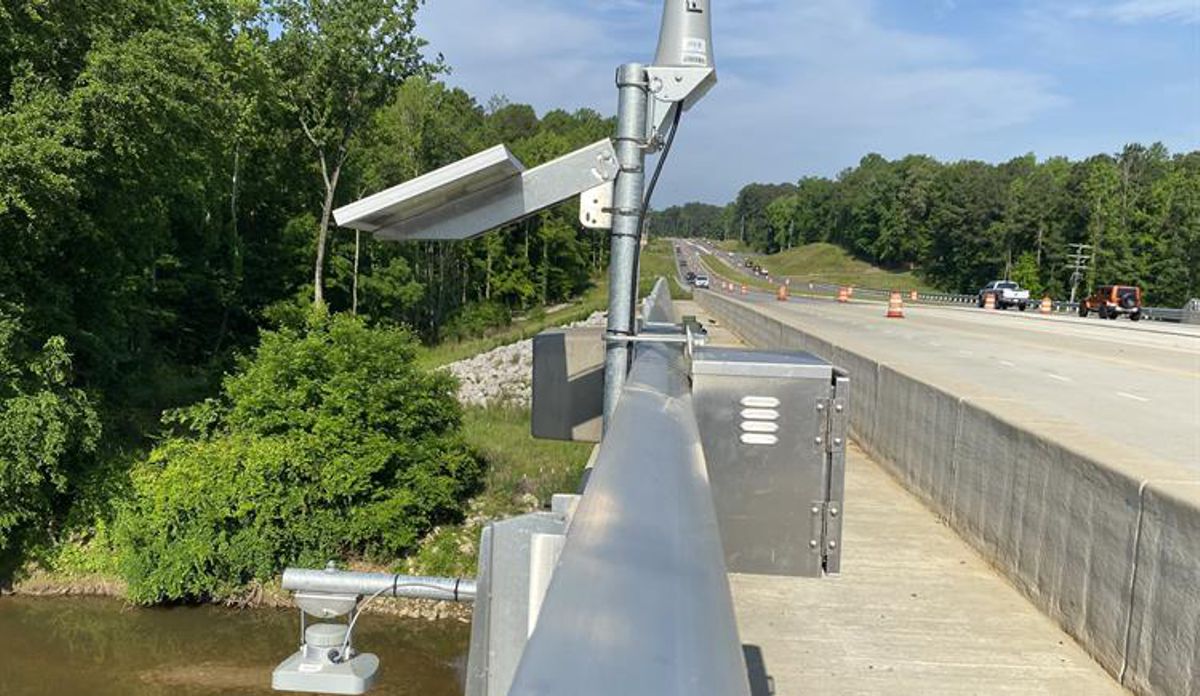 When the next hurricane strikes, the N.C. Department of Transportation will be armed with an advanced flood-warning system that relies on a network of 400 river and stream gauges.

The new system will allow the NCDOT for the first time to analyse, map and communicate in real-time any flood risks to roads, bridges and culverts. This critical information will go to NCDOT maintenance staff responding to flooded roads and washed-out culverts; and it will benefit local emergency management officials and the public accessing the department’s DriveNC.gov website for timely weather-related closures.

“This state-of-the-art warning system our department has created will help us be better prepared for the next major storm,” Transportation Secretary Eric Boyette said. “Even though we’ve had some quiet hurricane seasons recently, we cannot let our guard down.”

The last major storm to impact the state’s road network was Hurricane Florence in 2018. Researchers at N.C. State University and the National Hurricane Center are predicting an above-average hurricane season, which officially starts June 1.

After Florence, the state Legislature gave the NCDOT a $2 million grant to develop sophisticated software and install more flood gauges. The system, however, mostly taps into existing gauges operated by other agencies, such as the N.C. Emergency Management and the U.S. Geological Survey. The system includes an interactive online dashboard and flood mapping based on three-dimensional ground surveys.

One part of the new early flood-warning system covers almost 3,000 miles of state-maintained roads, mostly east of Interstate 95. The system also will allow NCDOT to monitor flood conditions for some 15,000 bridges and culverts state-wide. The agency’s Hydraulics Unit has been fine-tuning the system and training staff on it with smaller storms over the past year.

The NCDOT has been preparing for the hurricane season in other ways. The agency has been reviewing procedures and conducting exercises internally and with partner agencies.

Some highway divisions with coastal counties held employee training events this spring to review response and recovery operations. All of the agency’s 14 highway divisions also have been taking inventory of supplies, doing maintenance on chainsaws and other equipment, and readying emergency on-call contracts that will supplement what NCDOT employees do in responding to a storm.

State transportation officials remind people now is the time to prepare supplies for the possibility of an extended power outage, restricted traveling, or the need to be at a shelter. The N.C. Emergency Management maintains a comprehensive list of items to include in an emergency supply kit.

After the storm has passed, people should remember to never drive through flooded waters or around barricades. It only takes one foot of water to sweep a vehicle away.