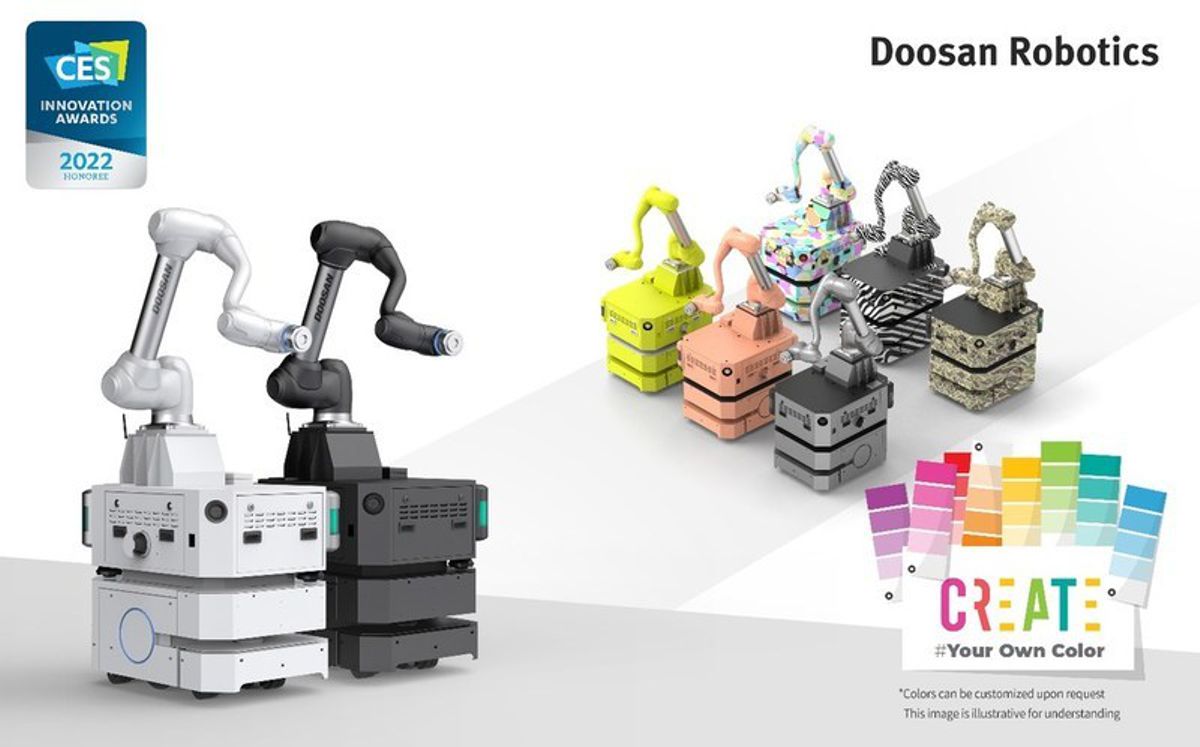 Doosan’s NINA was recognized by CTA this year for its consumer-friendly software designed to empower anyone to adopt professional cinematography skills using camera robots.

Alongside internal elements, NINA also comes with award-winning hardware. Doosan’s robot that features NINA boasts 360-degree rotation creating uniqueness in cinematic works and is ergonomically compact in design, providing performance on par with industry robots with a payload of 25KG. The robot’s safety and emergency stop functions were validated with the highest safety scores and provides collision sensitivity powered by six-torque sensors. Moreover, NINA comes with an external controller that acts as a joypad, assisting easy command.

To further enhance its accessibility, Doosan plans to build an open-platform for users to exchange presets of camera movements to diversify filming results and allow beginners to incorporate difficult-to-film angles at a click of a button.

“Today’s recognition marks another great milestone for Doosan Robotics and the team who have worked relentlessly to develop robot solutions used in everyday workstream,” said William (Junghoon) Ryu, CEO at Doosan Robotics. “We will continue advancing service robots to help people accomplish more valuable work placing safety as top priority and democratize its use by providing easier usability and wider access to all levels.”

The award-winning Doosan Robotics will be exhibiting at CES 2022, showcasing their innovative technology line-up between January 5 to 8, 2022.