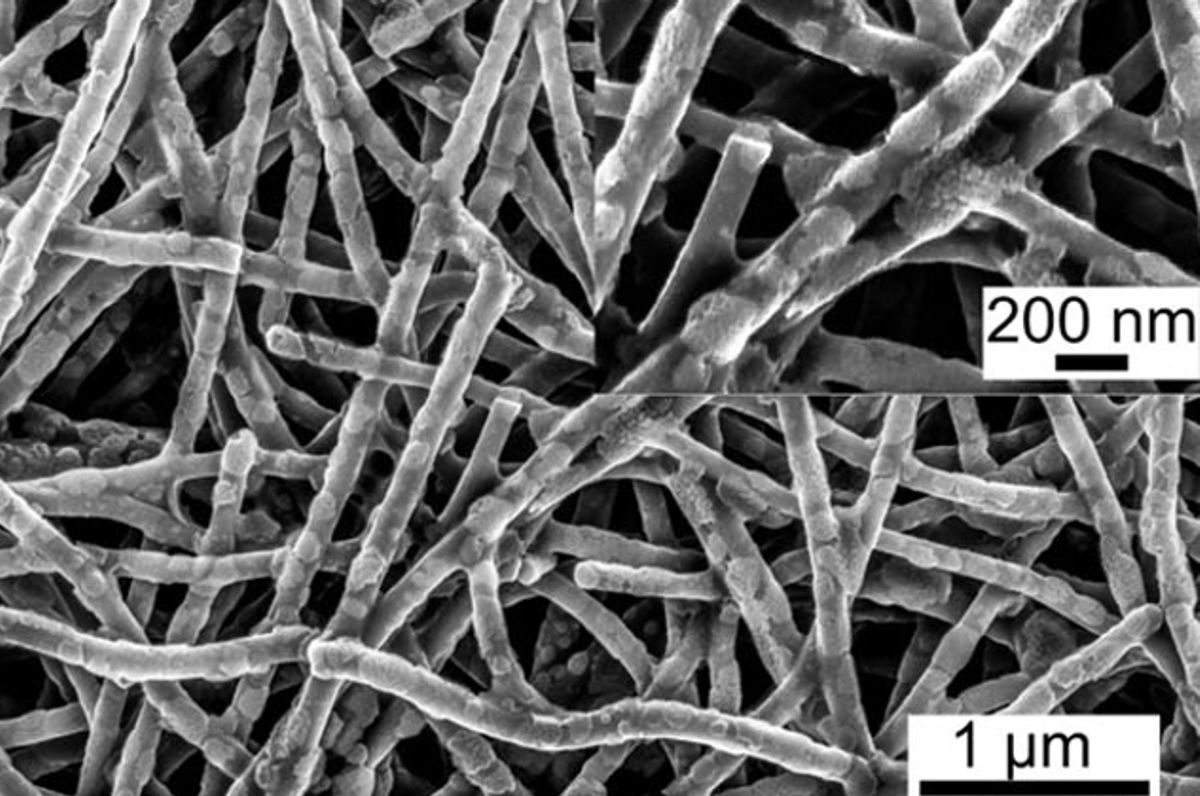 Growing demand for electric vehicles (EVs) has shed light on the significant challenge of sustainably sourcing the battery technology necessary for the broad shift to renewable electric and away from fossil fuels.

In hopes of making batteries that not only perform better than those currently used in EVs, but also are made from readily available materials, a group of Drexel University chemical engineers have found a way to introduce sulfur into lithium-ion batteries – with astounding results.

With global sales of EVs more than doubling in 2021, prices of battery materials like lithium, nickel, manganese and cobalt surged and supply chains for these raw materials, most of which are sourced from other countries, became bottlenecked due to the pandemic. This also focused attention on the primary providers of the raw materials: countries like Congo and China; and raised questions about the human and environmental impact of extracting them from the earth.

Well before the EV surge and battery material shortage, developing a commercially viable sulfur battery has been the battery industry’s sustainable, high-performing white whale. This is because of sulfur’s natural abundance and chemical structure that would allow it to store more energy. A recent breakthrough by researchers in Drexel’s College of Engineering, published in the journal Communications Chemistry, provides a way to sidestep the obstacles that have subdued Li-S batteries in the past, finally pulling the sought-after technology within commercial reach.

Their discovery is a new way of producing and stabilizing a rare form of sulfur that functions in  carbonate electrolyte — the energy-transport liquid used in commercial Li-ion batteries. This development would not only make sulfur batteries commercially viable, but they would have three times the capacity of Li-ion batteries and last more than 4,000 recharges – the equivalent of 10 years of use, which is also a substantial improvement.

“Sulfur has been highly desirable for use in batteries for a number of years because it is earth-abundant and can be collected in a way that is safe and environmentally friendly, and as we have now demonstrated, it also has the potential to improve the performance of batteries in electric vehicles and mobile devices in a commercially viable way,” said Drexel’s Vibha Kalra, PhD, George B. Francis Chair professor in the College’s Department of Chemical and Biological Engineering, who led the research.

Li-S batteries have already demonstrated exceptional performance in experimental settings using an ether electrolyte — rather than carbonate — because ether does not react with polysulfides. But these batteries would not be commercially viable because the ether electrolyte is highly volatile and has components with a boiling point as low as 42 degrees Celsius, meaning any warming of the battery above room temperature could cause a failure or meltdown.

“In the past decade, the majority of Li-S field adopted ether electrolytes to avoid the adverse  reactions with carbonate,” Kalra said. “Then over the years, the researchers deep-dived into enhancing performances in ether-based sulfur batteries by mitigating what is known as polysulfide shuttle/diffusion — but the field completely overlooked the fact that the ether electrolyte itself is a problem. In our work, the primary objective was to replace ether with carbonate, but in doing so we also eliminated polysulfides, which also meant no shuttling, so the battery could perform exceptionally well through thousands of cycles.”

Previous research by Kalra’s team also approached the problem in this way – producing a carbon nanofiber cathode that slowed the shuttle effect in ether-based Li-S batteries by curtailing the movement of intermediate polysulfides. But to improve the commercial path of the cathodes, the group realized it needed to make them function with a commercially viable electrolyte.

“Having a cathode that works with the carbonate electrolyte that they’re already using is the path of least resistance for commercial manufacturers,” Kalra said. “So rather than pushing for the industry adoption of a new electrolyte, our goal was to make a cathode that could work in the pre-existing Li-ion electrolyte system.”

So, in hopes of eliminating polysulfide formation to avoid the adverse reactions, the team attempted to confine sulfur in the carbon nanofiber cathode substrate using a vapor deposition technique. While this process did not succeed in embedding the sulfur within the nanofiber mesh, it did something extraordinary, which revealed itself when the team began to test the cathode.

“As we began the test, it started running beautifully – something we did not expect. In fact, we tested it over and over again – more than 100 times — to ensure we were really seeing what we thought we were seeing,” Kalra said. “The sulfur cathode, which we suspected would cause the reaction to grind to a halt, actually performed amazingly well and it did so again and again without causing shuttling.”

Upon further investigation, the team found that during the process of depositing sulfur on the carbon nanofiber surface — changing it from a gas to a solid — it crystallized in an unexpected way, forming a slight variation of the element, called monoclinic gamma-phase sulfur. This chemical phase of sulfur, which is not reactive with the carbonate electrolyte, had previously only been created at high temperatures in labs and has only been observed in nature in the extreme environment of oil wells.

“At first, it was hard to believe that this is what we were detecting, because in all previous research monoclinic sulfur has been unstable under 95 degrees Celsius,” said Rahul Pai, a doctoral student in the Department of Chemical and Biological Engineering and coauthor of the research. “In the last century there have only been a handful of studies that produced monoclinic gamma sulfur and it has only been stable for 20-30 minutes at most. But we had created it in a cathode that was undergoing thousands of charge-discharge cycles without diminished performance — and a year later, our examination of it shows that the chemical phase has remained the same.”

After more than a year of testing, the sulfur cathode remains stable and, as the team reported, its performance has not degraded in 4,000 charge-discharge cycles, which is equivalent to 10 years of regular use. And, as predicted, the battery’s capacity is more than three-fold that of a Li-ion battery.

“While we are still working to understand the exact mechanism behind the creation of this stable monoclinic sulfur at room temperature, this remains an exciting discovery and one that could open a number of doors for developing more sustainable and affordable battery technology,” Kalra said.

Replacing the cathode in Li-ion batteries with a sulfur one would alleviate the need for sourcing cobalt, nickel and manganese. Supplies of these raw materials are limited and not easily extracted without causing health and environmental hazards. Sulfur, on the other hand is found everywhere in the world, and exists in vast quanties in the United States because it is a waste product of petroleum production.

Kalra suggests that having a stable sulfur cathode, that functions in carbonate electrolyte, will also allow researchers to move forward in examining replacements for the lithium anode – which could include more earth-abundant options, like sodium.

“Getting away from a dependence on lithium and other materials that are expensive and difficult to extract from the earth is a vital step for the development of batteries and expanding our ability to use renewable energy sources,” Kalra said. “Developing a viable Li-S battery opens a number of pathways to replacing these materials.”

In addition to Kalra and Pai, Maureen Tang, PhD, an associate professor; and Arvinder Singh, PhD, who was a postdoctoral researcher; all in Drexel College of Engineering’s Department of Chemical and Biological Engineering, contributed to this research. It was supported by the Drexel Ventures Innovation Fund and the National Science Foundation.