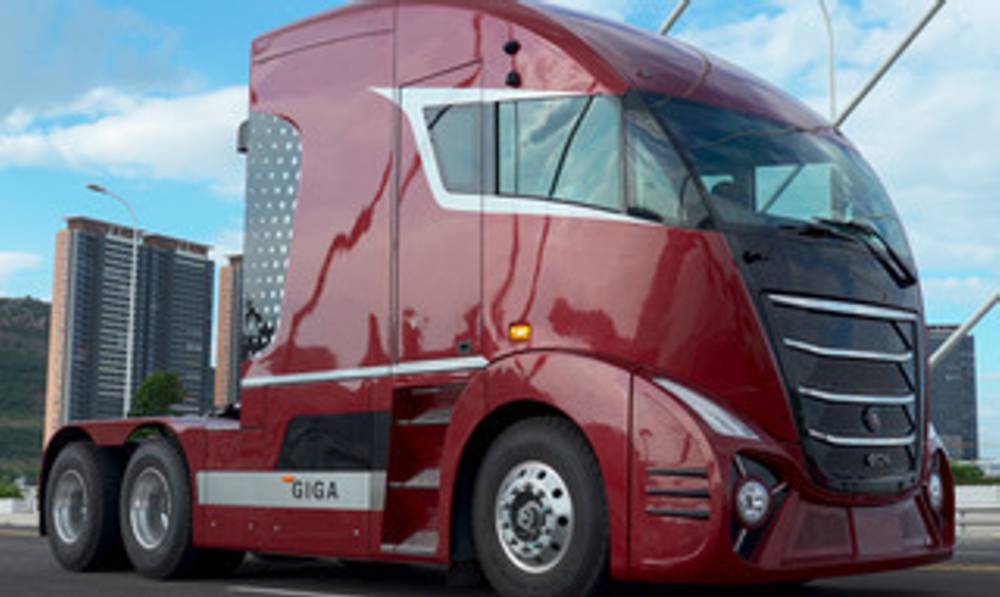 The Giga Carbon Neutrality vehicles are manufactured using lightweight stainless steel and composite materials to improve safety and deliver reductions in weight and energy consumption of at least 10 per cent. The bodies of Giga Carbon Neutrality vehicles are designed to last for 20 years, significantly longer than vehicles from other providers on the market.

Giga Carbon Neutrality is working with public and private sector partners to provide clean energy storage, charging and refuelling infrastructure, as well as specialist financing to support the adoption of its zero-emission commercial vehicles globally.

Marty Wade, CEO at Giga Carbon Neutrality, comments: “We are thrilled to give the world its first look at the future of zero-emission commercial transportation.”

“Giga Carbon Neutrality is enabling a carbon-neutral future for some of the world’s most energy-intensive industries, with clean energy vehicles, new technologies and a fuelling ecosystem to make running clean, reliable vehicle fleets easy for commercial transportation companies.”

Several Giga Carbon Neutrality vehicles are available to order immediately, with delivery times of between three and 12 months. The company’s initial range includes: