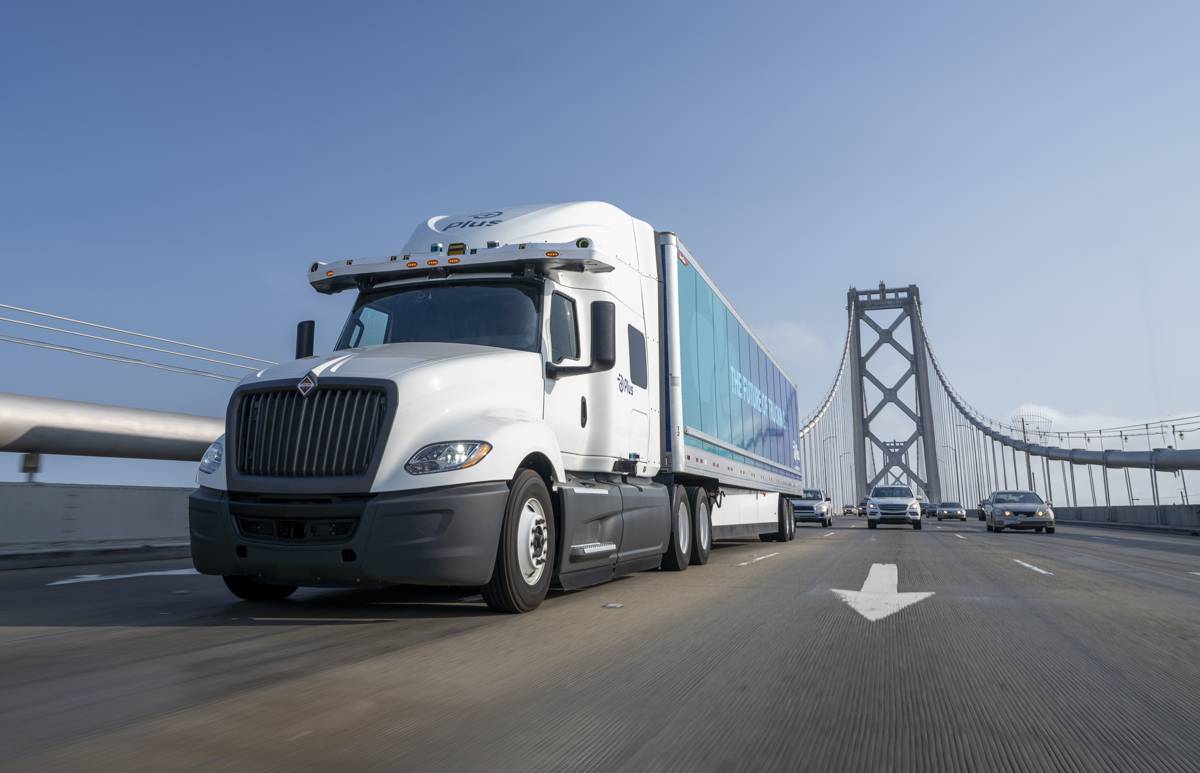 Photo Credit To Plus

Plus (formerly Plus.ai), a leading company in self-driving truck technology, announced today that it will equip the next generation of its autonomous truck driving system with the NVIDIA DRIVE Orin™ system-on-a-chip (SoC). The company plans to roll out this next-generation system in 2022 across the U.S., China and Europe.

Plus is starting mass production of its autonomous driving system for heavy trucks this year, and will expand its feature set and operating design domain over time through over-the-air software updates. By working closely with the NVIDIA engineering team to further evolve its system, Plus will make it possible for trucks powered by its system to achieve fail-operational performance for greatest on-road safety.

“Enormous computing power is needed to process the trillions of operations that our autonomous driving system runs every fraction of a second. NVIDIA Orin is a natural choice for us and the close collaboration with the NVIDIA team on a custom design for our system helps us achieve our commercialization goals. We have received more than 10,000 pre-orders of our system, and will continue to develop our next-generation product based on the NVIDIA DRIVE platform as we deliver the systems to our customers,” said Hao Zheng, CTO and Co-founder, Plus.

The Plus autonomous driving system is designed to make long-haul trucks safer and more efficient. Because of the size and weight of heavy trucks, which can total 80,000 pounds with a fully-loaded trailer, they need more time to come to a stop and to manoeuvre. Plus’ system uses lidar, radar and cameras to provide a 360° view of the truck’s surroundings. Data gathered through the sensors help the system identify objects nearby, plan its course, predict the movement of those objects, and finally control the vehicle to make its next move safely.

The unrivalled compute power of NVIDIA Orin, which can deliver 254 trillion operations per second, is ideal for handling the large number of concurrent operations and supporting sophisticated deep neural networks to process and make decisions using the data on heavy trucks outfitted with the Plus autonomous driving system. Orin is also designed for ISO 26262 Functional Safety ASIL-D at the system level – vital for safety-critical applications like self-driving.

“Plus and its automated trucks are delivering true social benefits today through improved safety and efficiency,” said Rishi Dhall, vice president of autonomous vehicles, NVIDIA. “With NVIDIA DRIVE Orin, Plus’ next-generation automated system will raise the performance bar even higher.”

To support the global deployment of its self-driving truck technology, Plus has added two new senior hires, Dennis Mooney, who was most recently Senior Vice President of Global Product Development at leading truck manufacturer Navistar, and Chuck Joseph, who joined from Amazon’s Global Transportation Technology Group. The company also closed $200 million in new funding in February, and announced collaborations with Amazon AWS, Blackberry QNX, and Ouster.

0 0 0
Previous : Developing an Autonomous Freight Network within the US regulatory landscape
Next : Bosch is turning connected devices into your personal guardian angels