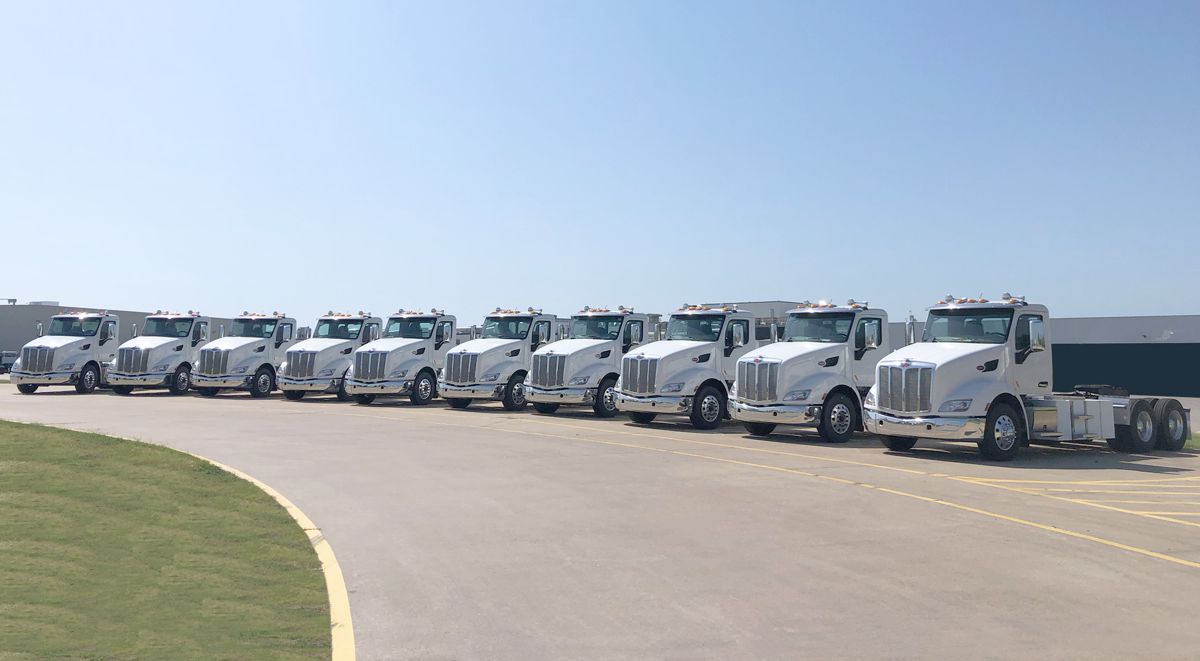 Peterbilt Motors Company, a leader in battery-electric commercial vehicles, today announced the delivery of ten Model 579EVs to Shippers Transport Express for immediate use as part of their drayage operations at the Port of Oakland.

Five additional Model 579EVs are scheduled to be put into service as part of their Port of Long Beach drayage operations in November 2021.

“With the recent completion of the charging infrastructure at the Port of Oakland, right now is the perfect time to put our ten Peterbilt Model 579EVs into service and demonstrate the benefits zero-emission trucks will provide moving cargo around our California ports,” said Guy Sanderson, general manager Shippers Oakland.

The fully integrated, battery-electric 579EV in operation by Shippers Transport is optimized for drayage operations requiring two to three trips a day, of up to 50 miles in length before returning home at night to recharge. When used in conjunction with a recommended DC fast-charger, the state-of-the-art, high-energy density battery packs recharge in three to four hours.

“The delivery of new Model 579EVs to Shippers Transport is another example of how Peterbilt’s battery electric vehicles are hard at work with customers across the country in a variety of applications.  We are very excited to see our 579EVs moving around the Port of Oakland with the Port of Long Beach set to come online shortly,” said Jason Skoog Peterbilt general manager and PACCAR vice president.

The order with Shipper’s Transport Express is part of a $50 million grant obtained from the California Air Resources Board’s Zero and Near Zero Emission Freight Facility (ZANZEFF) program. ZANZEFF funds transform emissions reduction strategies at freight facilities throughout the state. The project is also part of California Climate Investments, a state-wide initiative that puts billions of Cap-and-Trade dollars to work reducing greenhouse gas emissions, strengthening the economy and improving public health and the environment–particularly in disadvantaged communities.