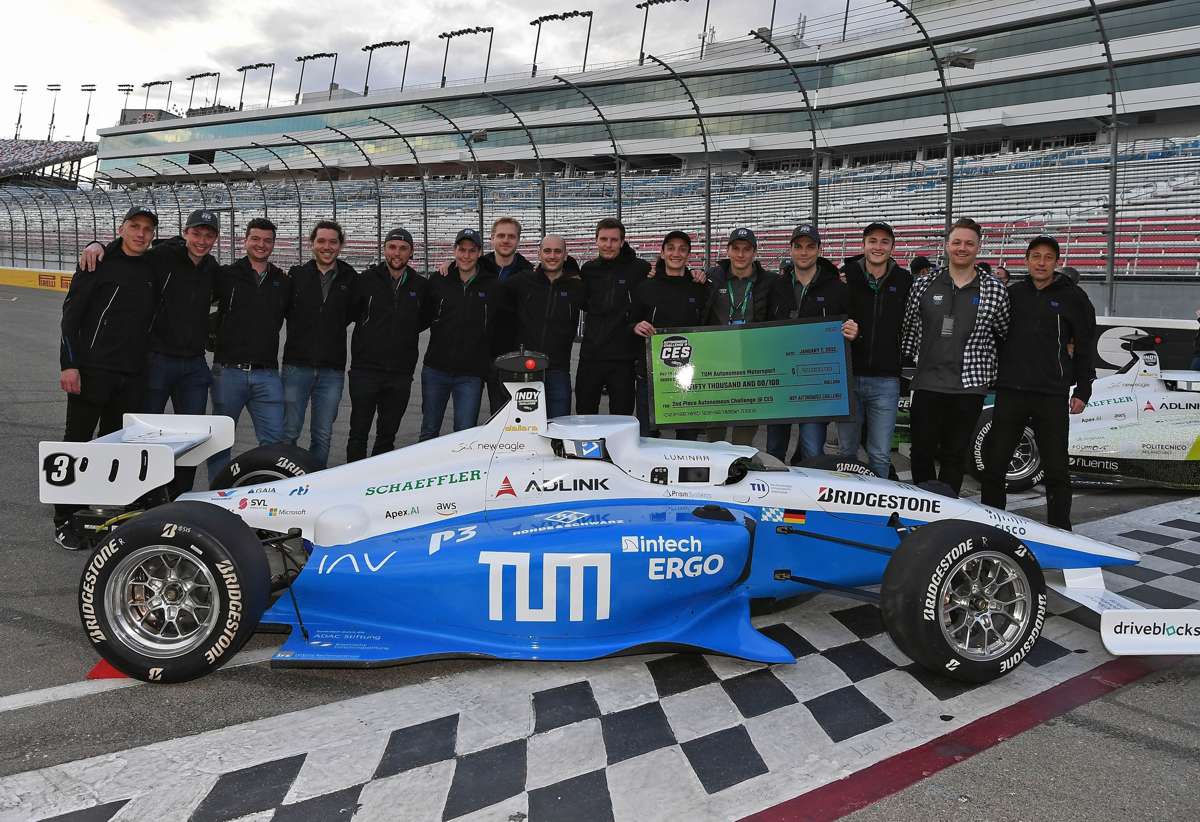 PoliMOVE competed at the Las Vegas Motor Speedway in a field of 5 teams from 5 countries representing 7 universities to win the $150,000 grand prize. TUM Autonomous Motorsport from the Technische Universität München (Germany) took home second place with $50,000. 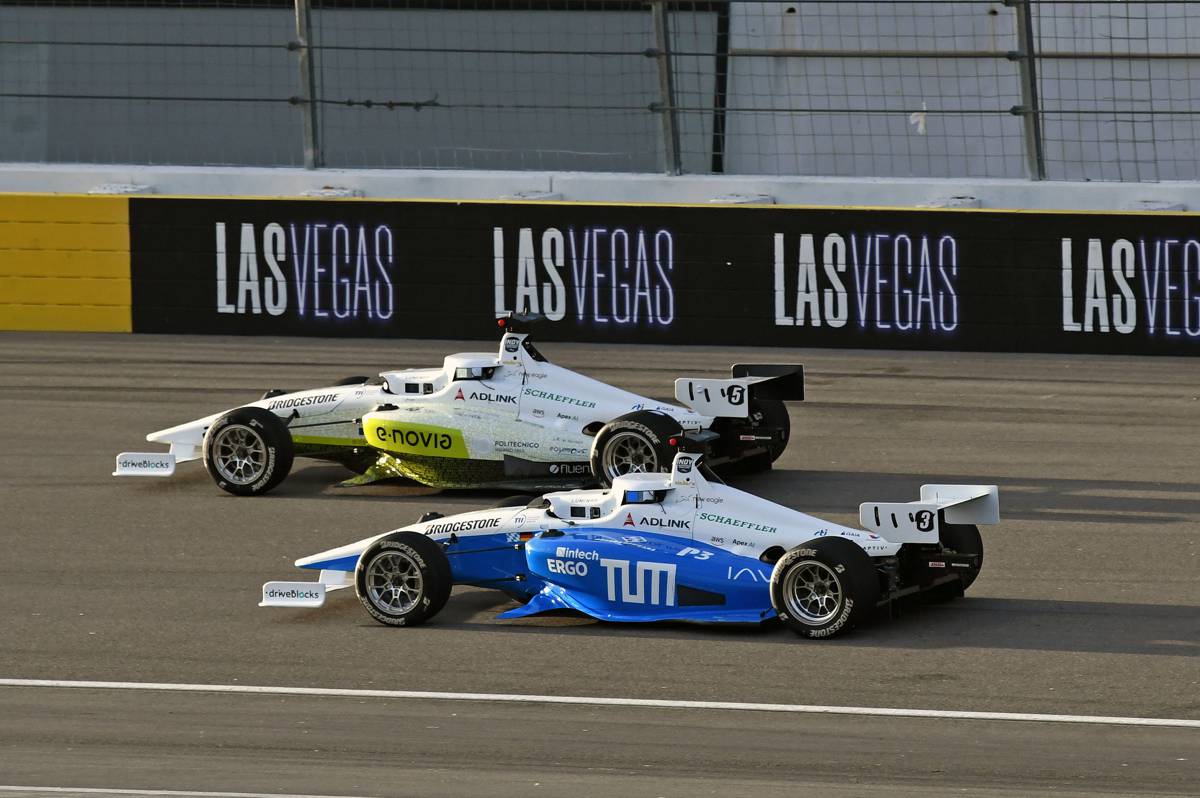 “Today was the real birth of autonomous racing,” said Prof. Sergio Savaresi, team lead of Politecnico di Milano. “The real high-speed multi-agent racing was pushed to its very limits. The research on autonomous cars will certainly benefit from this historic milestone.”

Organized by Energy Systems Network, the primary goal of the IAC is to solve real world problems by advancing technology that will speed the commercialization of fully autonomous vehicles and deployments of advanced driver-assistance systems (ADAS). Pushing limits for the entire autonomous community and helping to increase safety and performance is of critical importance, not only in motorsports, but across all modes of commercial transportation.

“We came to CES this week, the world’s most influential technology innovation event, to showcase to the world how this competition is catapulting autonomous technologies forward,” said Paul Mitchell, president and CEO, Energy Systems Network. “We’re harnessing the power of prize competitions to attract the best and the brightest minds from around the globe to further the state-of-the art technology in safety and performance of automated vehicles and the teams did just that today with another historic competition.” 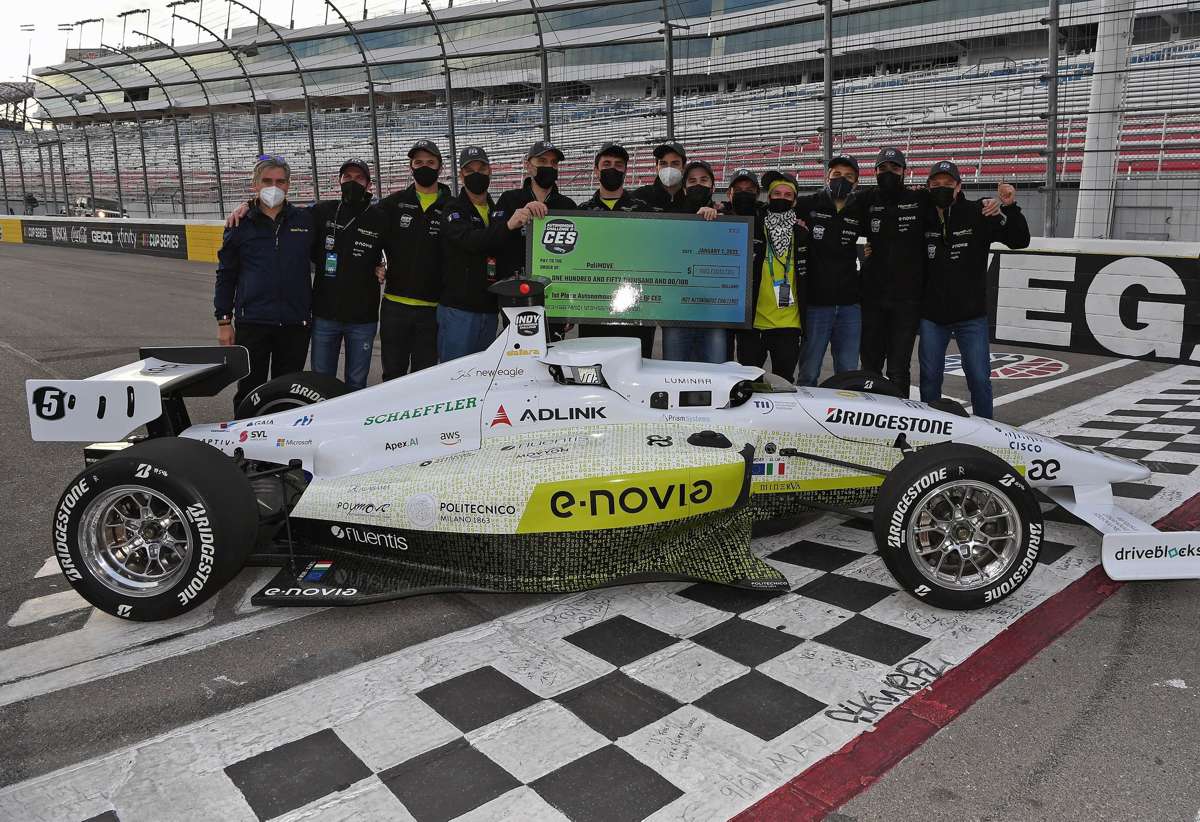 Karen Chupka, EVP of CES, Consumer Technology Association officially started the competition with the call, “Ladies and gentlemen, start your software.” Halo, a remote-piloted driverless car service operating on T-Mobile’s 5G network served as the official pace car, leading each set of IAC teams off of pit lane and completing a warmup lap at speeds of 65-80 mph before the start of each round. Bridgette Foster, from Las Vegas, sang the national anthem.

Luminar and the Technology Innovation Institute (TII) served as premier sponsors for today’s competition. The Dallara AV-21 features three Luminar Hydra LiDAR sensors to provide 360-degree long-range sensing, which enables safe autonomy at high speeds. And TII is providing its global expertise in automation and robotics as partner in TII EuroRacing, one of the teams competing in today’s Autonomous Challenge @ CES.

The call to action for this competition has been remarkable, with 41 university teams initially signing up to compete more than 2 years ago, representing top engineering and technology programs from 14 U.S. states and 11 countries. The IAC first made history on October 23, 2021, when it held the Indy Autonomous Challenge Powered by Cisco, the first high-speed autonomous racecar competition at the Indianapolis Motor Speedway (IMS).

9 teams from 8 countries, representing 19 universities came to Las Vegas this week seeking to compete in the Autonomous Challenge @ CES.