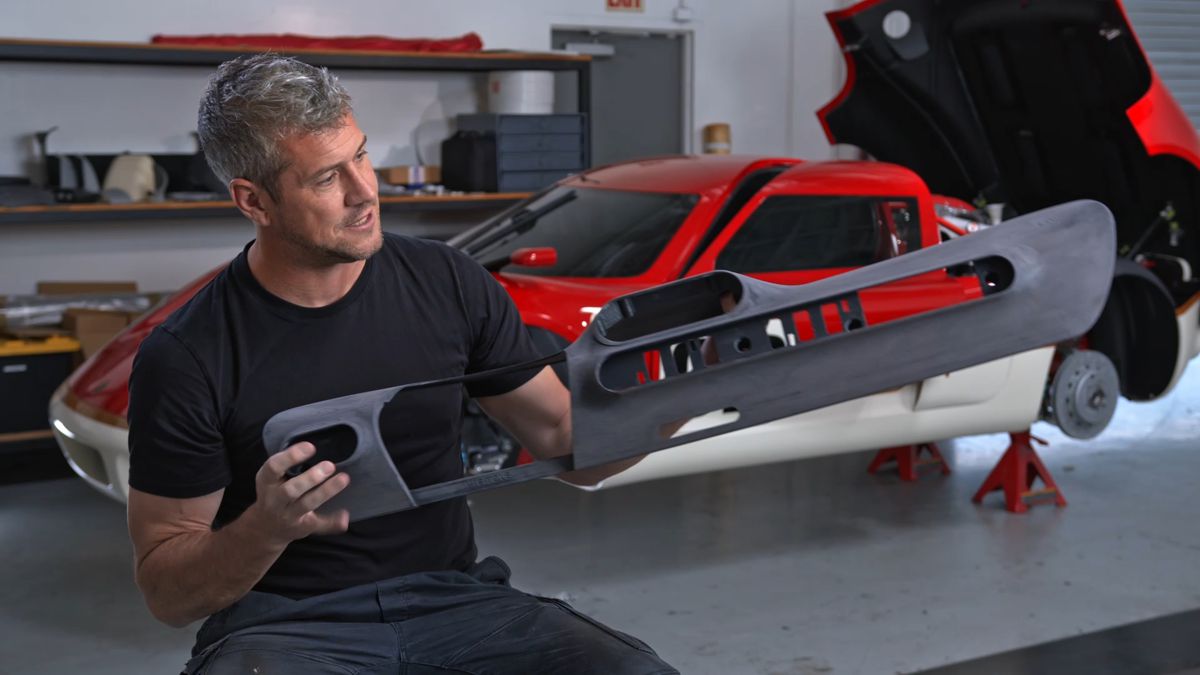 Stratasys Ltd., a leader in polymer 3D printing solutions, has partnered with Radford, a global luxury automotive brand, to create over 500 3D-printed parts for the launch of the Lotus Type 62-2 coach-built as shown in the Discovery+ documentary, Radford Returns.

Radford Returns, now available for streaming on Discovery+, tells the story of the revival of the art of coachbuilding using technology for the 21st century. The show features car builder and host Ant Anstead and former Formula One champion race car driver Jenson Button, and documents the build of the retro-modern Lotus Type 62-2 supercar. It’s a perfect set-up for cutting edge uses of 3D printing. Viewers get an inside look at the process from designing to prototyping, tooling, and finally producing production parts utilizing Stratasys FDM®, PolyJet™, and stereolithography 3D printing technologies.

To produce the first two cars, over 500 parts were 3D-printed at the Radford Studio, automotive design and engineering firm Aria Group, and Stratasys Direct Manufacturing. Using Stratasys’ GrabCAD Shop™ workflow software, the Radford team scheduled and tracked their 3D prints across five global locations, using a fleet of up to 20 different Stratasys 3D printers at one time – a true demonstration of distributed manufacturing. The array of Stratasys printers included the F900®, F770™, Fortus 450mc™, F370® and J55™ 3D printers, each used to achieve different desired outcomes for each part.

“By integrating 3D printing technology into their shop, Radford has been able to bring 1960’s-style supercar automaking into the 21st century with the high-end, hyper-customized style and features that their customers expect in a vehicle of this calibre,” said Pat Carey, Senior Vice President, Strategic Growth for Stratasys. “It’s an extreme example of something we see every day in the auto industry. Everyone making investments in new vehicles wants a deeper level of customization and 3D printing is helping make it possible.”

By utilizing various 3D printers and technologies, the team was able to produce parts like a large solid composite firewall sandwich core, printed in two halves on the Stratasys F900 printer in ULTEM™ 1010 resin. The part was bonded together into a single piece and then wrapped with carbon fibre without the use of a layup tool. The design of the firewall included complex mounting features for interior speakers, a fuel filler mount, and the luggage compartment. Additionally, many exterior items like side mirror housings, radiator ducts and body vents were printed in FDM® Nylon 12 Carbon Fibre and ASA materials. Numerous mounting brackets throughout the car were printed in FDM Nylon 12 CF due to many factors including strength requirements, the aggressive project schedule and complete design freedom.