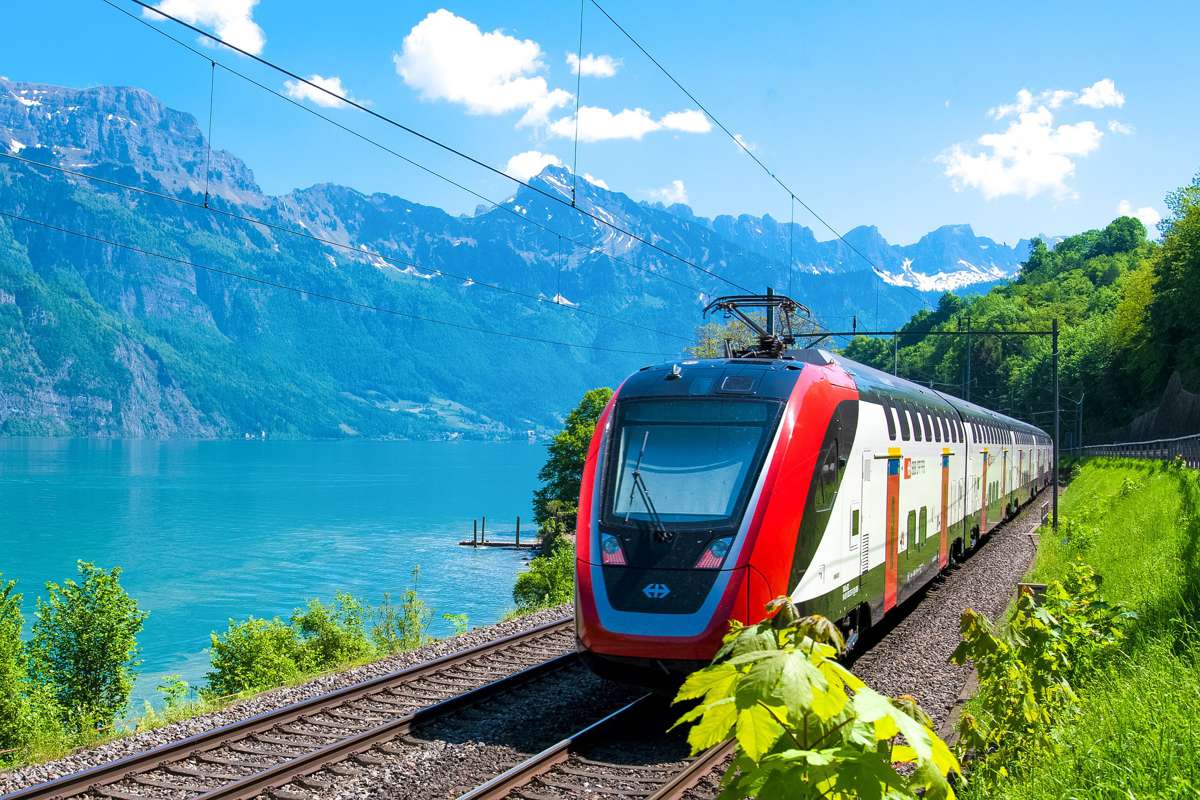 Railway noise is unhealthy. Hundreds of millions has already been invested in noise barriers, quieter braking systems and other measures with the goal to protect at least 80 percent of the Swiss population from emissions by the year 2025 – but because railway traffic will continue to increase, a lot remains to be done.

To further reduce noise pollution, researchers at Empa and the Vaud School of Economics and Engineering, under the leadership of colleagues from EPFL, are relying on an inconspicuous component of the rail system: “rail pads” made of elastic plastic, which are inserted between the rails and concrete sleepers.

They serve to protect the highly stressed track made of compacted ballast and concrete sleepers by allowing the rails to move just a tiny bit – like a guitar string that is pressed onto the fingerboard at several points at once. But it is precisely this minute movement of the rails that makes them “sound” louder – and this noise is the decisive factor at frequent speeds of between 60 and 160 km/h.

In Switzerland, rail pads are usually made of the hard polymer ethylene vinyl acetate (EVA). It is true that a softer material would protect the tracks even better – but at the price of a higher noise pollution. This is a dilemma that the team commissioned by the Federal Office for the Environment (FOEN) wants to solve with a composite material.

The idea: hard shell, soft core. More precisely: a shell made of EVA and a core made of the soft material polyisobutylene, whose damping is precisely tuned to the frequency range from about 200 to 2,000 Hertz, at which vibrations are particularly noise-intensive.

Uncharted territory, in other words. That’s why the experts designed dozens of variants: sandwich structures made of flat layers – with and without a “lid” made of EVA. Zigzag-shaped PIB fillings, surfaces with incisions and all sorts of other things. But in order to find out in the laboratory what effect each type of construction has, extensive preliminary work was necessary.

The complex interaction between rails, sleepers and ballast was simulated by a “three-sleeper unit cell”: a piece of track, just under two meters long, equipped with a “shaker” that generates defined frequencies and a probe that measures the sound intensity. Although this measuring cell does not reproduce the real behaviour of a railroad track, it does allow precise comparisons to be made under varying conditions.

At the same time, researchers led by Bart van Damme of Empa’s “Acoustics / Noise Control” lab developed a simulation of the system using finite element methods that matched the results of the experiments very well: the basis for eventually extrapolating the behaviour to a longer railroad track.

With these tools of the trade, the researchers took a close look at their rail pad designs. Results: Sandwich structures, which can be easily bent thanks to indentations, were unsuitable for protecting the track bed and reducing noise at the same time, van Damme said. Zigzag-shaped infill made of PIB also did not bring any advantages. The best solution proved to be a PIB content of over 50 percent, inserted in a “shell” made of the harder EVA.

A simple structure, then – with advantages for tests that will take place on a rail track in Nottwil starting next March. “These rail pads are easy to manufacture. We will need almost 400 of them on the 100-meter track,” says van Damme, which is why a company is on board to manufacture the patented components.

Measurements of noise, vibration, deformation and other characteristics will show how the rail pads perform. “We hope that they will cause audibly less noise and at the same time protect the ballast better than the conventional hard intermediate layers,” says van Damme.

In any case, there is optimism among the researchers. “The models developed in the project allow targeted optimization of the sometimes contradictory requirements,” says Empa lab head Jean-Marc Wunderli. “Since no significant additional costs are expected for the production of the intermediate layers, I hope they will be used on a large scale and thus make a significant contribution to reducing railway noise.”

0 0 0
Previous : Magway launches Crowdcube fundraiser for their zero-emission parcel delivery system
Next : Vehicle Diagnostics may be the cure to reduce Fleet Carbon Footprint