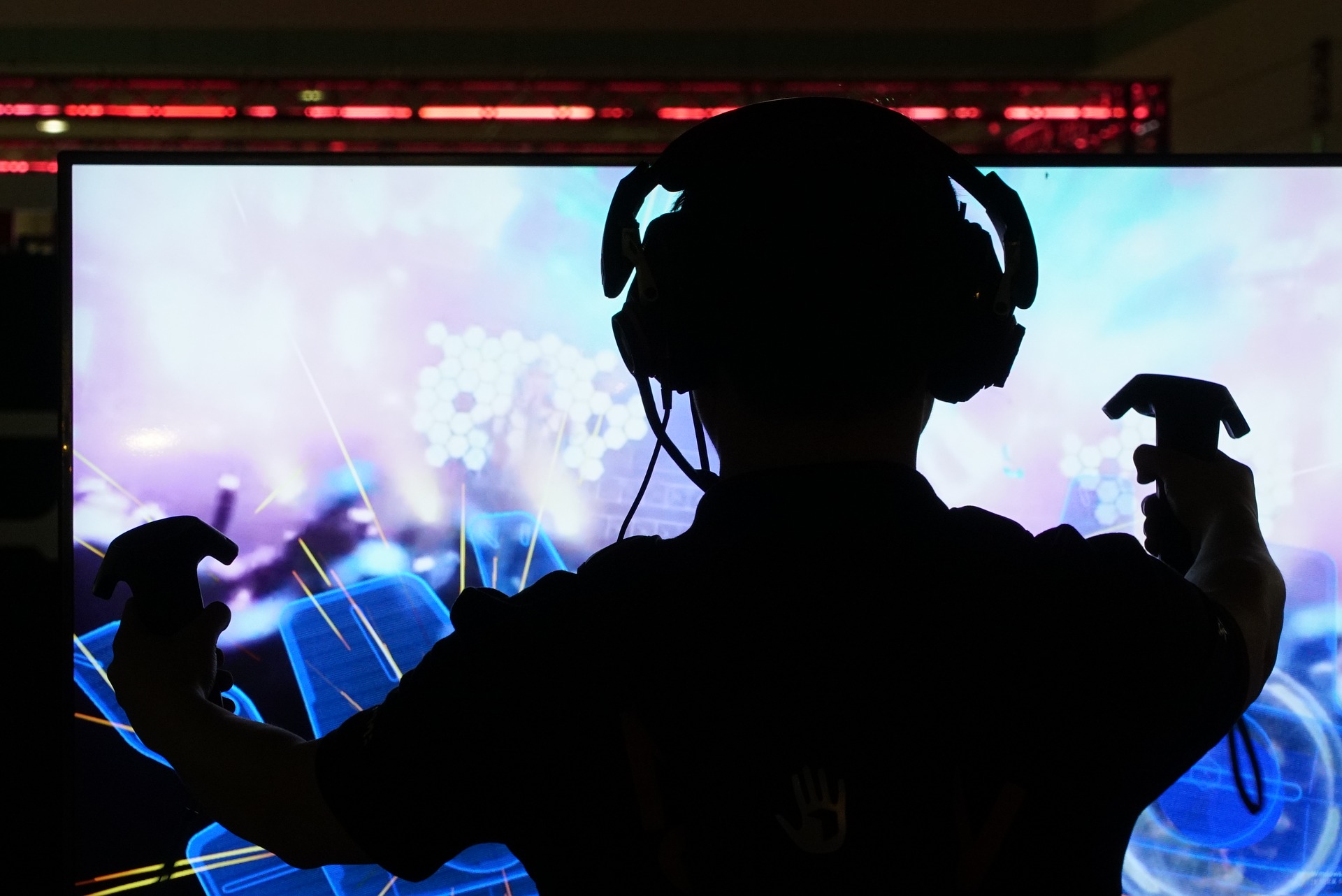 The vast majority of people surveyed worldwide believe that technological progress is making the world a better place (72 percent).

This is a finding of the Bosch Tech Compass, a representative survey of the general public in China, India, Germany, the United Kingdom, and the United States. The survey is having its global debut at CES 2022. In view of the rapid and profound changes technology is driving in many spheres of life, the Bosch Tech Compass aims to encourage people to take a closer look at the positive impact of technological progress on a globalized world. 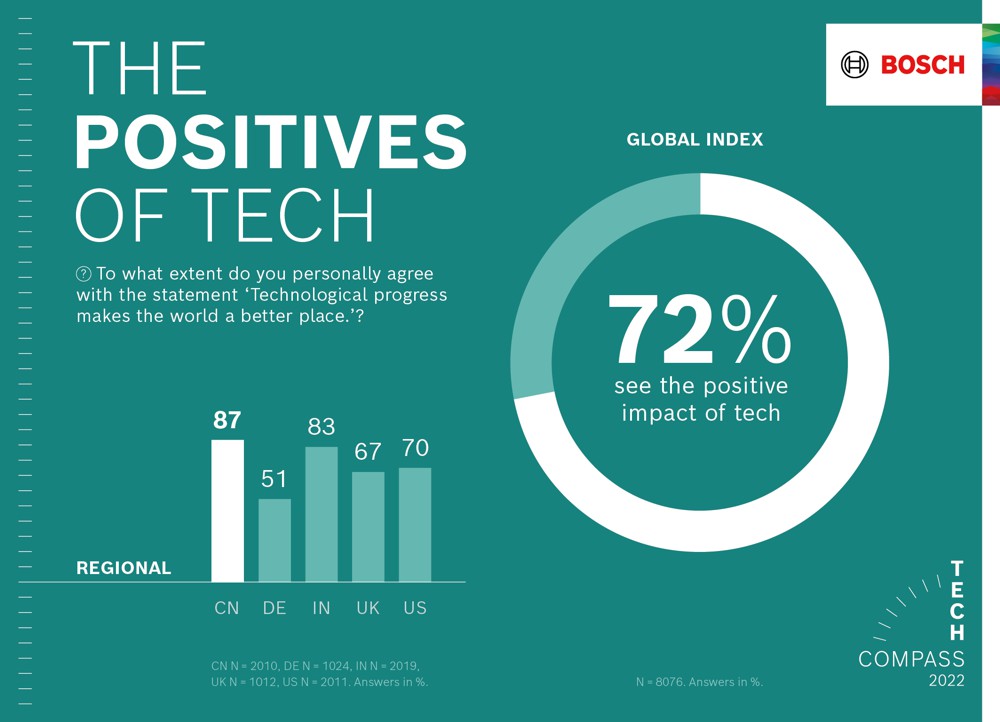 Although technology has the potential to make almost anything possible, such as creating a pizza with a 3D printer, global respondents strongly agree that technology should be more focused on tackling the major challenges of our time rather than serving individual needs (83 percent). For example, the survey shows that more than three out of four respondents worldwide see technological progress as the key to combating climate change.

“The Bosch Tech Compass shows that people want technology that addresses the problems of our time,” says Bosch CEO Stefan Hartung. “Technology should support us, make life easier overall, and make the world a better place. This is why we at Bosch are committed to technology that is ‘Invented for life’ and serves people.”

Despite global confidence in technological progress, there are regional differences in the perception of how technology is currently being used. While most Chinese (83 percent) and Indian respondents (77 percent) are more confident that technology is currently being used sufficiently to tackle the major problems of our time, only a minority of people in the U.S. (47 percent), the U.K. (37 percent), and Germany (29 percent) believe this. 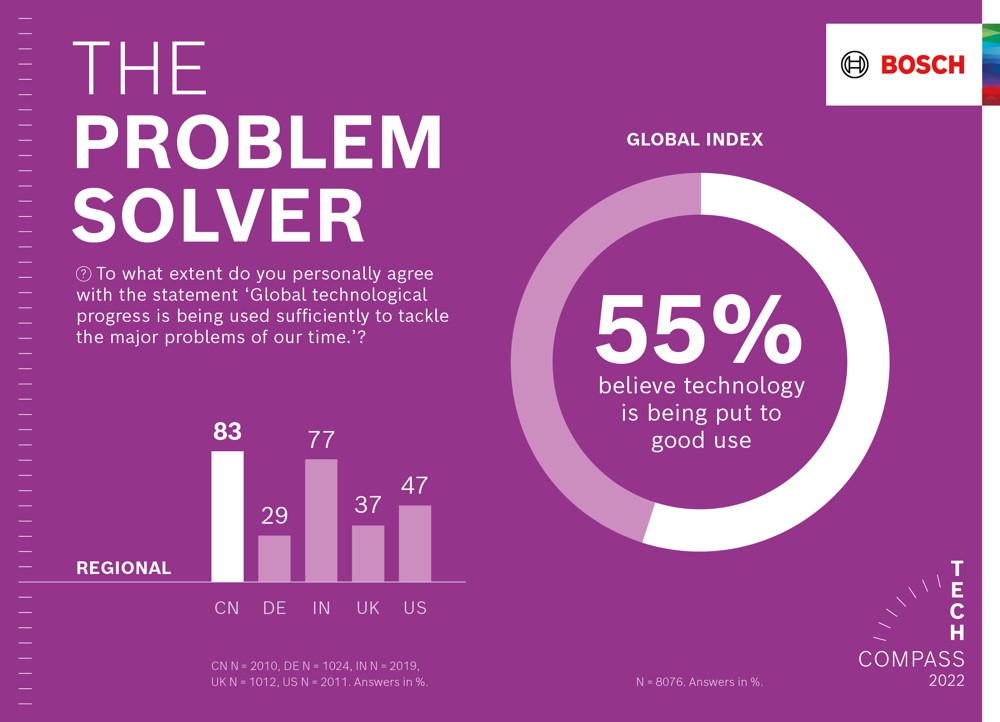 In the assessment of individual technologies and their impact, there are significant regional differences. While Germany, the U.K., and the U.S. see green technologies like climate engineering, biotechnology, and hydrogen as having a particularly positive impact on society, China and India have high hopes for intelligent and connected technologies like AI and 5G. Around a third of all respondents in the U.S. and Europe, however, say they see AI as the biggest technological threat.

“Easing such concerns is yet another reason why building trust in digital technology will be crucial, and it will have a direct impact on consumer behaviour as well,” Hartung says. Four out of five people worldwide believe that a company’s success will depend on building digital trust with its customers in the future. Trust is also becoming increasingly important: for 43 percent of global respondents, trust plays a greater role in the digital world than in the analogue world, as opposed to only 20 percent who see it the other way around. “This is also why Bosch has introduced its AI code of ethics, which is contributing to the important public debate around AI and trust in AI,” Hartung adds. 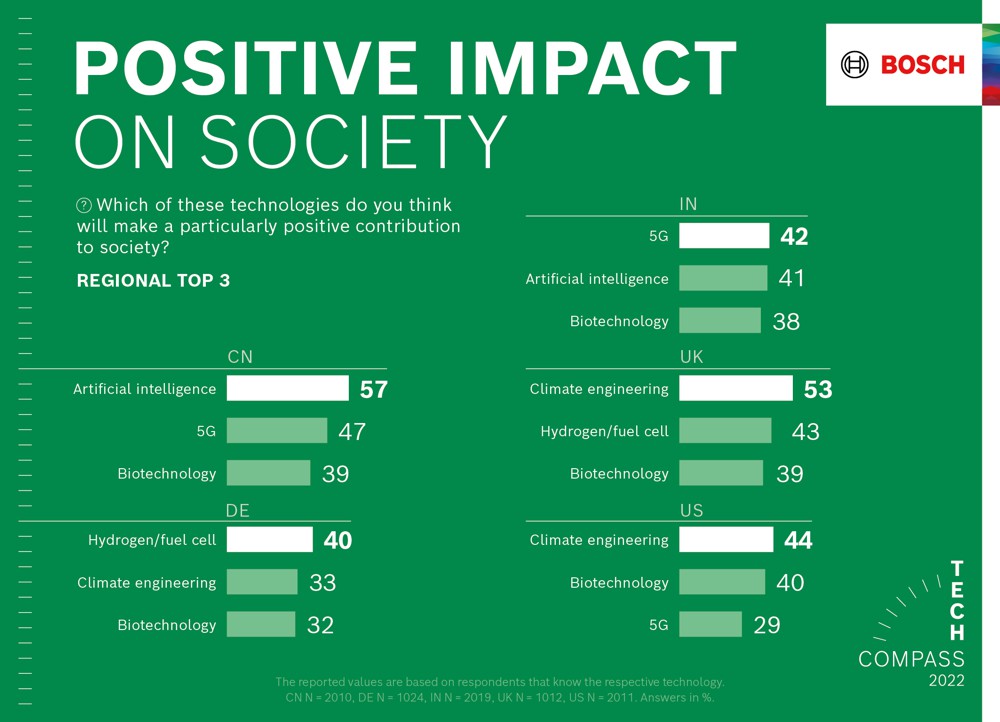 When asked how they would prefer to move around in the future – regardless of technical feasibility – German respondents displayed fewer reservations. Nearly four in ten (39 percent) would choose beaming as their preferred mode of transportation, which makes them more adventurous than the Chinese with 34 percent.

Teleportation also has a few fans in the U.K. (27 percent), the U.S. (20 percent), and India (10 percent). Despite respondents being given free rein to daydream, teleportation was not at the top of anyone’s wish list. In first place with 56 percent was the considerably more mundane human-controlled car, followed by planes (40 percent) and trains (32 percent). 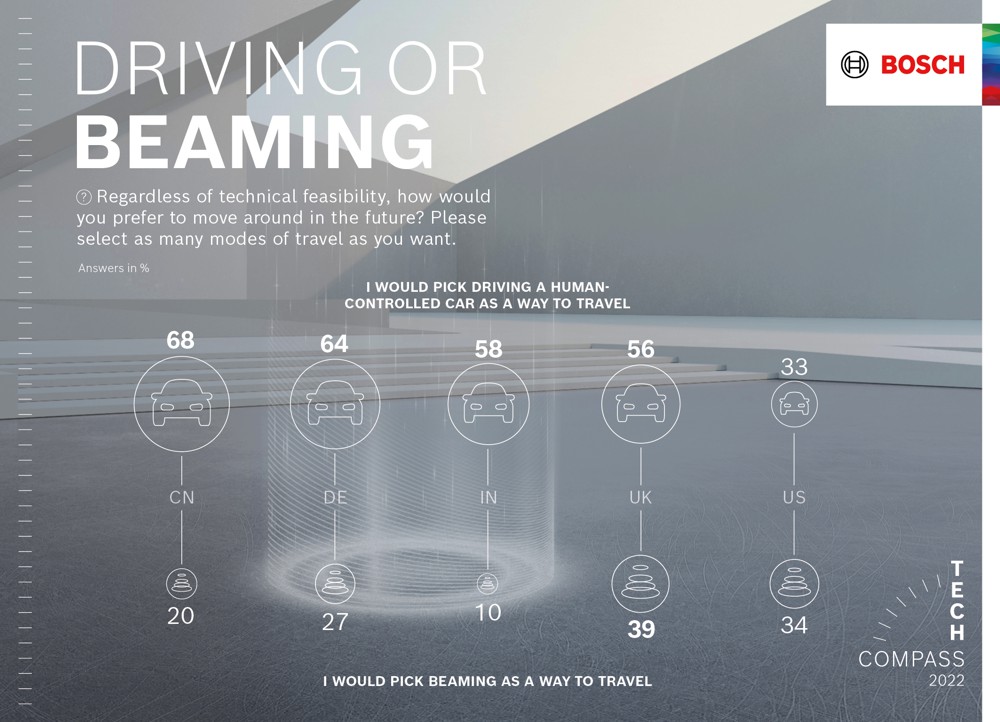