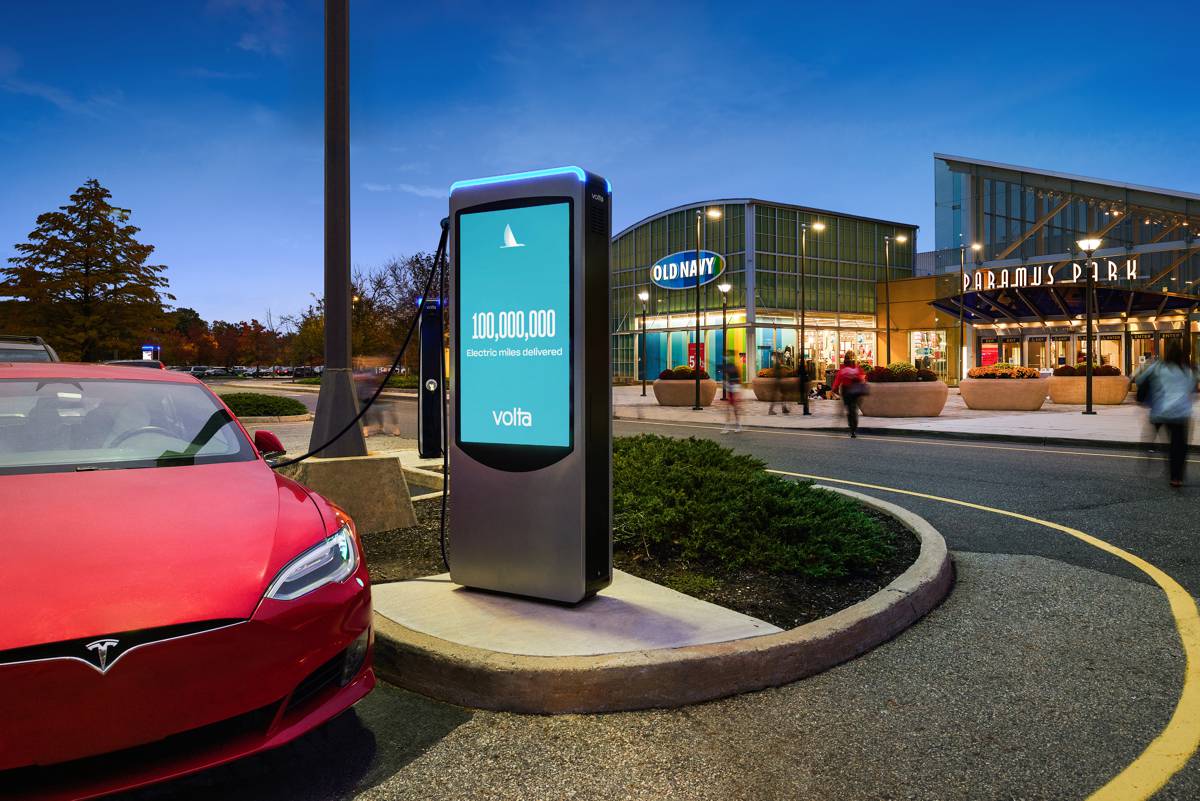 Volta Inc., an industry leader in commerce-centric electric vehicle charging networks, announced today that Volta’s network of charging stations has delivered 100 million electric miles to EV drivers across the country. The announcement marks a significant milestone in the expansion and increasing popularization of electric mobility.

Founded on the premise that the electrification of mobility is likely to be a transformational shift, Volta builds and operates a nationwide EV charging network that has among the best utilization per station in the EV charging industry for the United States.

Centred around capturing new spending habits expected to result from the shift to electric vehicles, Volta seeks to transform the fuelling industry by building charging stations in locations where drivers already spend their time and money, including grocery stores, pharmacies and other retail locations.

Leonardo DiCaprio, the Academy Award winning actor, invested in Volta when it was a small private company. As one of Volta’s early investors, he noted the importance of this milestone: “The world must move beyond a carbon-based economy in order to save the planet from irreversible climate change. Today’s announcement shows Volta has been building the infrastructure that will be an instrumental component of a broad transition to electric vehicles.” Mr. DiCaprio added: “I’ve been pleased to work with Volta in expanding their charging network across the country, showing drivers that charging is accessible, convenient and reliable.”

“We are at a tipping point for mass EV adoption,” said Scott Mercer, Founder and CEO of Volta. “Car companies are committing to an all-electric future and are releasing EV models across multiple price points. The federal government is making electric charging a priority in infrastructure planning. Leonardo DiCaprio’s support and Volta’s accelerated expansion in new states across the country is a testament to society’s readiness to adopt new consumer behaviours on their way toward the electrification of mobility.”

Since its founding in 2010, Volta has been on a mission to drive the world forward by building convenient, reliable charging infrastructure centered around the places drivers live, work, shop and play. Delivering 100 million miles to EV drivers is an important landmark in Volta’s history, underscoring Volta’s commitment to its mission and to a more sustainable future.

Data collected to determine environmental benefits from consumer use of Volta’s charging stations were tabulated in accordance with US Environmental Protection Agency’s (EPA) methodology using the EPA’s published greenhouse gas equivalencies calculator. Miles per kWh calculation assumes a weighted average, using the US Department of Energy’s published miles per kWh rating per electric vehicle (EV) model, multiplied against each model’s market share among EVs based on IHS-Markit’s quarterly vehicle-in-operation report.