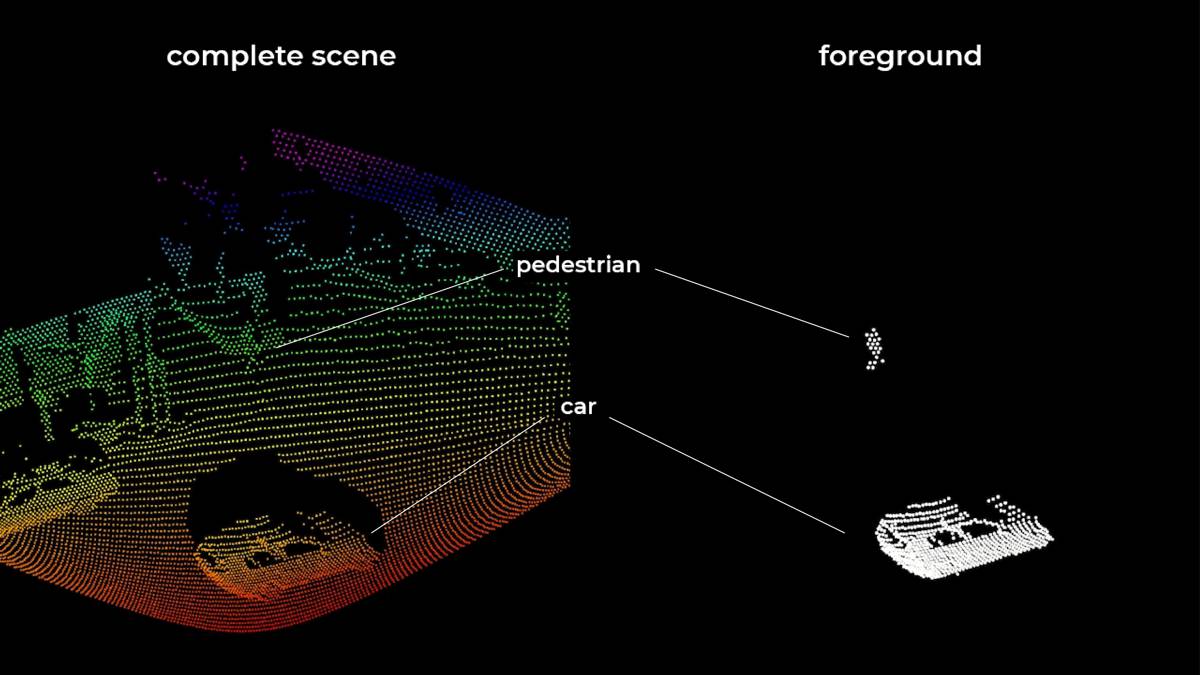 This makes Blickfeld sensors the first LiDAR sensors that not only collect detailed 3D data but are also capable of computing and providing enriched information through on-device pre-processing.

This pre-processing is an industry first and is accomplished by a high-performance computing chipset integrated into the LiDAR. The first feature introduced by Blickfeld is a pre-processing algorithm that enables motion detection.

As a result, Smart LiDARs offer easier, faster, and more cost-effective integration into applications and solutions.

Smart LiDARs are characterized by intelligent pre-processing functions in addition to the 3D measurements.

Thanks to these functions, the collected data is converted into insightful information early in the processing pipeline without the need for external computing hardware to perform these steps. Instead, Blickfeld’s sensors have a specialized system-on-chip (SoC) computing chipset that enables the execution of algorithms on the sensors themselves.

This allows robust on-device data analysis, enabling fast and straightforward implementation of numerous use cases in areas such as smart city, security, or industry.

Blickfeld is developing an algorithm library optimized for the chipset that includes a variety of pre-processing features.

The first algorithm presented enables dynamic motion detection. Here, the static background within the point cloud is identified and removed so that the device only transmits motion information.

Dynamic objects, such as people and vehicles, are detected and highlighted along with their movements. This feature is included with the current firmware on Blickfeld’s Cube 1 series devices and is already being used successfully in customer projects.

The acquired data is made available at the open software interface. Besides immediate motion detection, another advantage is the enormous reduction of the data volume, greater than 95% in typical cases.

The next generation of LiDAR sensor technology

Currently, Blickfeld is working on the expansion of the algorithm library. Additional pre-processing algorithms will be released in the near future to take on further steps of capturing and interpreting the environment.

A large number of functions can be flexibly combined, making them adaptable to different applications. This flexibility of the Smart LiDAR, coupled with the ease of use of the sensor and interfaces, pays into the goal of making LiDAR technology accessible to all users.

Dr. Florian Petit, Blickfeld founder, explains, “We designed our sensors as Smart LiDARs from the beginning and designed a corresponding chipset. We are very pleased to now be able to make these functions available for our customers. Smart LiDARs represent the next generation of LiDAR sensor technology, and we are excited to lead this evolution in the industry.”

0 0 0
Previous : Allison Transmission collaborates with Emergency One on Electric Axle Integration
Next : Bosch looks to the future with AIoT, electrification and green hydrogen