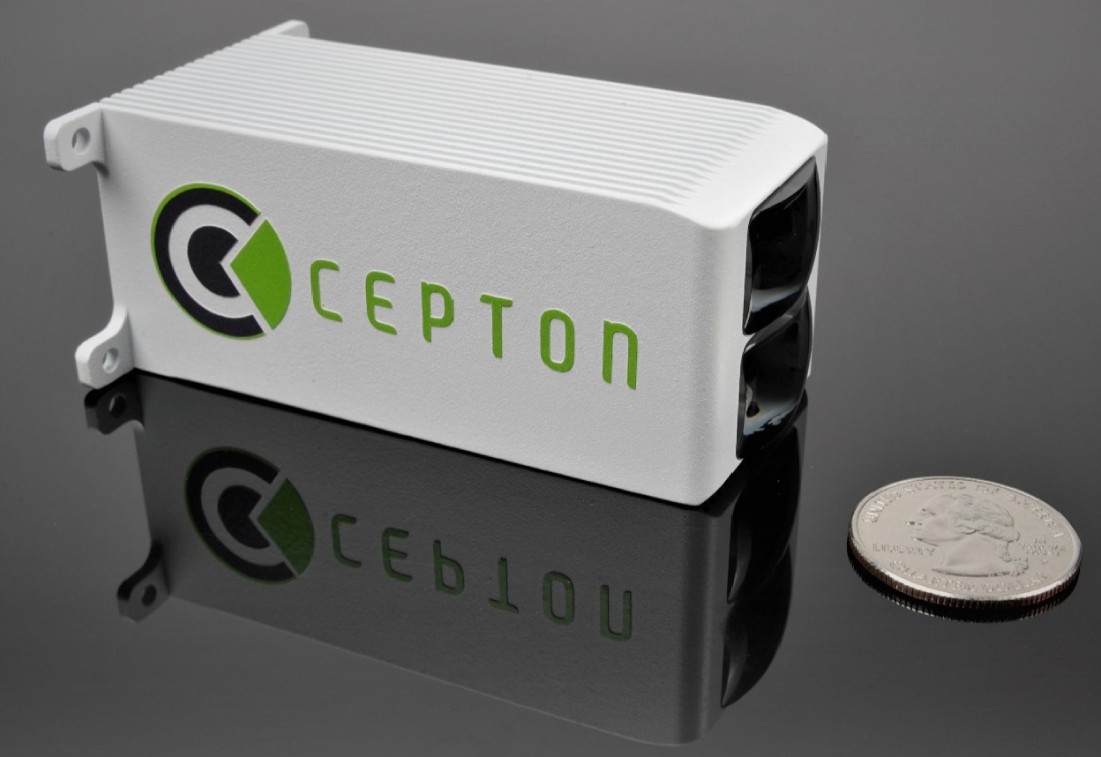 Tech.AD is a leading technical conference in Europe focused on technologies for autonomous driving (AD) and the advancements of artificial intelligence (AI) technology in the automotive industry. The annual Tech.AD Europe Award exclusively honours “extraordinary projects in the automotive industry and celebrates exceptional solutions & innovations.” Awards are announced after submissions are rated by a jury of some of the top subject matter experts in Europe.

Cepton was recognized in the category of Most Innovative Use of Artificial Intelligence & Machine Learning in the Development of Autonomous Vehicles & Respective Technologies for its Nova lidar. Second place award-winner in this category, Nova is a pathbreaking miniature, wide field of view (FOV) lidar sensor for near-range perception in advanced driver assistance systems (ADAS), autonomous vehicle (AV) and autonomous ground vehicle (AGV) applications. Nova provides an attractive combination of performance, compactness, FOV coverage and affordability and enables a range of use cases such as high-accuracy blind spot detection, small object detection, automated park assist and free space estimation around the vehicle.

Another award was given to a Cepton lidar-enabled smart cities project – Traffic Monitoring as Source of Training Data for Autonomous Vehicles – by Cepton partner ALP.Lab, which won the top prize in the category of Most Advanced Real-Life Testing & Simulation Techniques in Autonomous Driving. Deployed in the City of Graz, the ALP.Lab project utilizes Cepton’s Helius® Smart Lidar System and Vista®-P lidars to enable advanced, real-time, 3D traffic and pedestrian analytics. According to ALP.Lab: “the enormous amount of time and expense involved in collecting training data for ADAS/AD development can be dramatically reduced by this new and sustainable lidar perception based technique focused on specific roads and environments likely to generate the most diverse and difficult driving environments.”

The Tech.AD Europe awards represent a continuation of past recognitions of Cepton’s lidar innovations. Previously, Cepton received awards for its lidar solutions across multiple applications, including the AUVSI XCELLENCE in Innovation Award in 2019 for the Sora™ lidar, the Security Today New Product of the Year Award in 2019 in the Perimeter Protection category for the first generation of Helius® known as Vista-Edge, the Autonomous Vehicle Technology ACES Award in 2020 jointly with Cepton partner Dataspeed for the Vista®-P lidar, and the CES Innovation Award in 2020 in two categories – Smart Cities and Tech for a Better World – for the Helius® Smart Lidar system, that also includes our Vista®-P lidars.

Dr. Jun Pei, CEO of Cepton, said: “The awards at Tech.AD Europe were not only based on jury selection, but also based on the voting of all of the conference attendees representing leading automotive OEMs, autonomous vehicle companies, Tier 1 suppliers, and other R&D organizations worldwide. We are grateful for this recognition and what it represents for the continued innovation we are bringing to market using our MMT® lidar technology. Increasingly, the role of Cepton lidars in the future of mobility is becoming clear worldwide and we are pleased to work with global partners such as ALP.Lab in advancing safety and autonomy.”