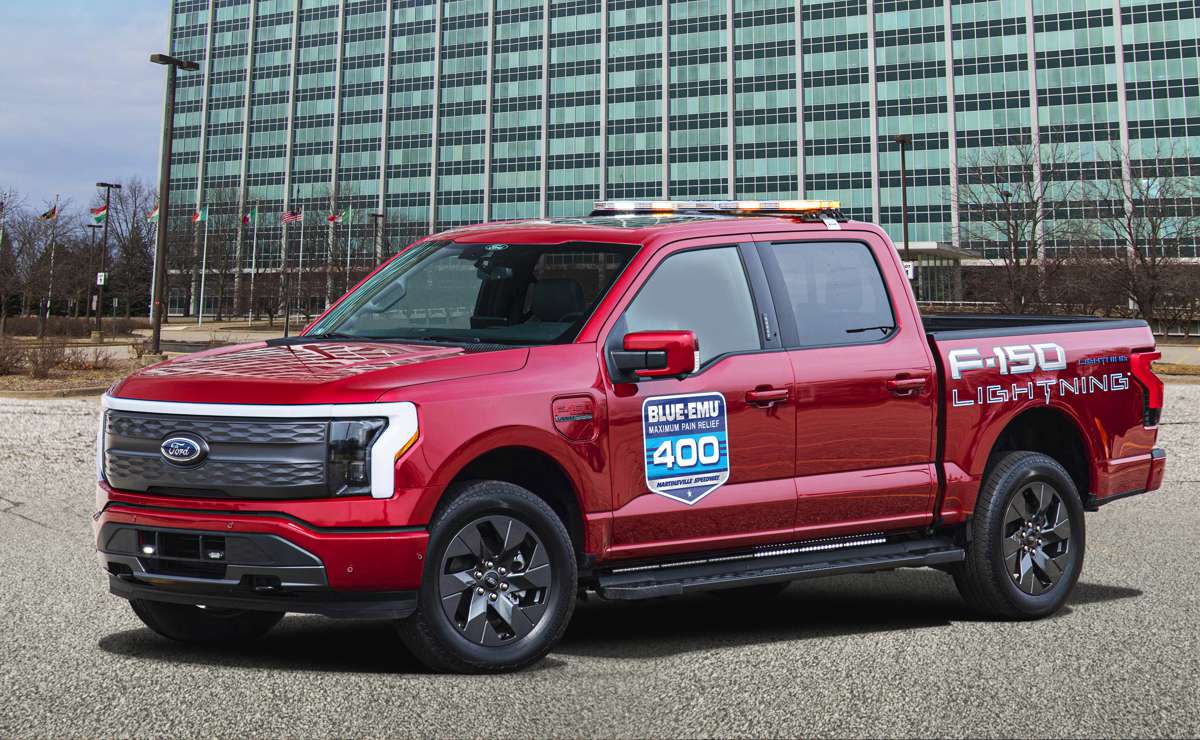 A fully-electric truck that is helping change the future of Ford Motor Company will be on track at Martinsville Speedway as the 2022 F-150 Lightning makes its debut as a pace vehicle for the NASCAR Cup Series on April 9.

Lightning received nearly 200,000 reservations since being unveiled last May and is part of a growing EV portfolio for Ford that includes the Mustang Mach-E and E-Transit.

“Ford is fully invested in electrification and the response to Lightning has been so overwhelming that it was an easy decision to bring it to a NASCAR event,” said Jeannee Kirkaldy, motorsports marketing manager, Ford Performance. “One thing we definitely know is that our fans love trucks and we’re confident that feeling will only grow when they see Lightning out on the track leading the field to green.”

“We can’t wait to show our Ford fans how capable the F-150 Lightning is. With 563 horsepower, 775 lb.-ft. of near instantaneous torque and a 0-60 mph time in the mid-4-second range, I think it will turn some heads out on the track.” said Darren Palmer, vice president, Ford electric vehicle programs.

“I haven’t driven the Lightning yet, but if it’s anything like the Mustang Mach-E, it’s going to be a blast,” said NASCAR Cup Series driver Ryan Blaney. “I hope it ends up being the only thing in front of me once the race starts.”

The Ford F-150 is part of F-Series, America’s best-selling truck 45 years in a row and F-Series recently reached a milestone when the 40 millionth unit rolled off the assembly line in January.