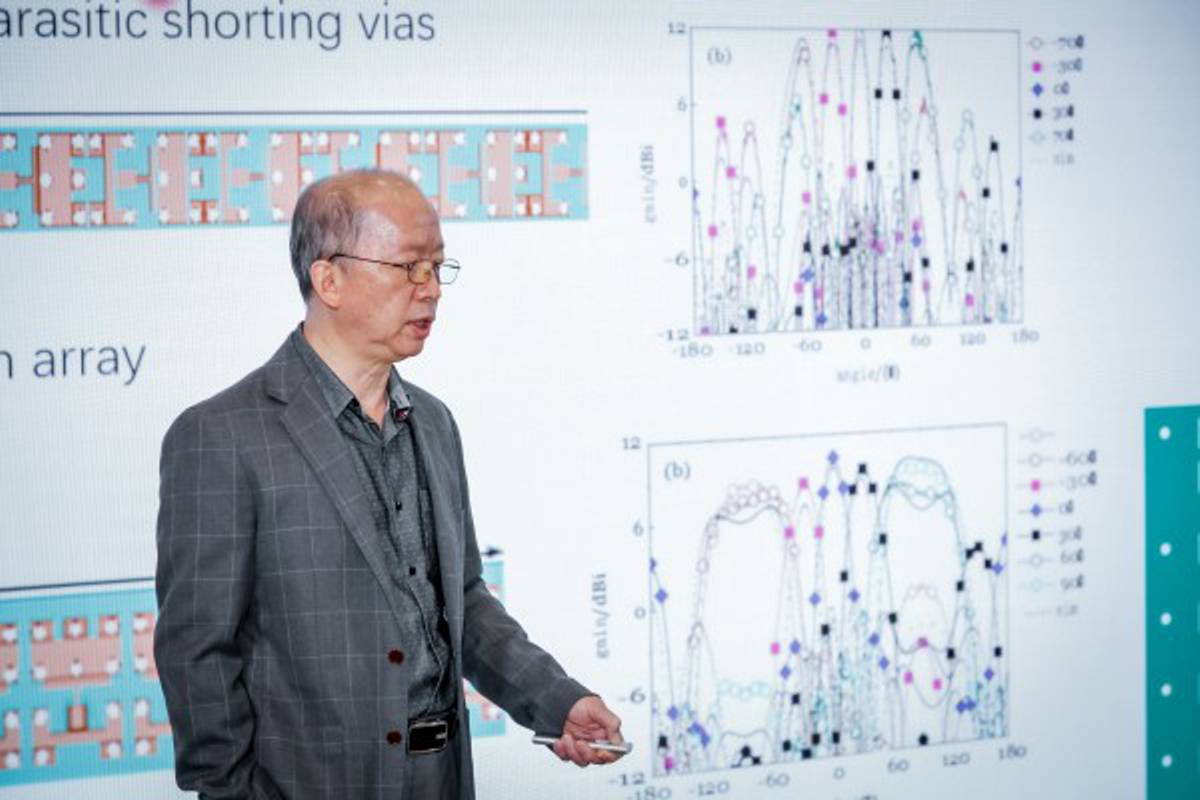 An authority in microwave antenna design, Professor Kwai Man Luk, the Chair Professor  of the Department of Electrical Engineering at City University of Hong Kong (CityU),  presented an online talk as the second part of the Hong Kong Institute for Advanced  Study (HKIAS) Distinguished Lecture Series on Electronics and Photonics on 17  March 2022, titled “Antenna Scientists – Magicians in the Era of Wireless Connectivity.”

Professor Leung Kwok Wa, Chair Professor of the Department of Electrical Engineering,  was the moderator. Over 500 online participants from both local and overseas, including  renowned scholars and researchers, attended the virtual lecture.

Everybody benefits from the blooming of wireless communications and sensing connectivity.  One of the crucial components of all wireless devices is the antenna. In this talk, Professor  Luk reviewed the significant milestones in developing antennas for modern wireless  connectivity, specifically technologies that have been invented and developed at CityU.

Professor Luk has played a highly influential role in antenna design. He pointed out the  recent antennas can be designed with small size, low profile, wide bandwidth, high  efficiency, or high gain for different applications.

Having worked at CityU for three decades, Professor Luk has made significant contributions  to designing and developing wideband patch antennas that find applications as low profile  and aesthetically pleasing antennas for modern wireless communications.

He featured and explained the design principles, attractive features, and performance of his  most important inventions over the past years, including the design of Microstrip Antennas,  Dielectric Resonator Antennas, Magneto-electric Dipole Antennas, Dense Dielectric Patch  Antennas, Water Patch Antennas, and Metasurface Antennas. Most of them have been  deployed globally in wireless communications, he added.

In particular, the L-shaped Probe Fed Microstrip Antenna and the Magneto-electric Dipole  Antenna that he and his team championed in 1998 and 2006 were ground-breaking  inventions because they allowed for more efficient wideband transmission.

To meet the need of modern wireless applications, Professor Luk’s research projects are all  related. For instance, his project on Water Antennas could open further possibilities in future  Transparent Antennas. At the same time, his invention of the Magneto-electric Dipole is  suitable for application in antenna for medical imaging.

“Antenna technologies push forward modern wireless connectivity,” Professor Luk  concluded. “It is the contribution of all creative antenna magicians. They have made the  impossible possible.”

Professor Luk’s research interests focus on antenna design, applied electromagnetics,  microwave and antenna measurement, microstrip antennas, dielectric resonator antenna,  and computational electromagnetics. He is the Founding Director of the State Key  Laboratory of Millimetre Waves at CityU. As a world authority in antenna research, he has published 4 books and 680 papers and delivered 80 invited talks. He was awarded 16 US  and 10 PRC patents on novel antenna designs. He received the 2011 State Technological  Invention Award (2nd Honour) of China, the 2017 IEEE Antennas and Propagation Society  John Kraus Antenna Award, and the 2019 Ho Leung Ho Lee Prize for Science and  Technology Progress.

This lecture is supported in part by the Kwang Hua Educational Foundation.