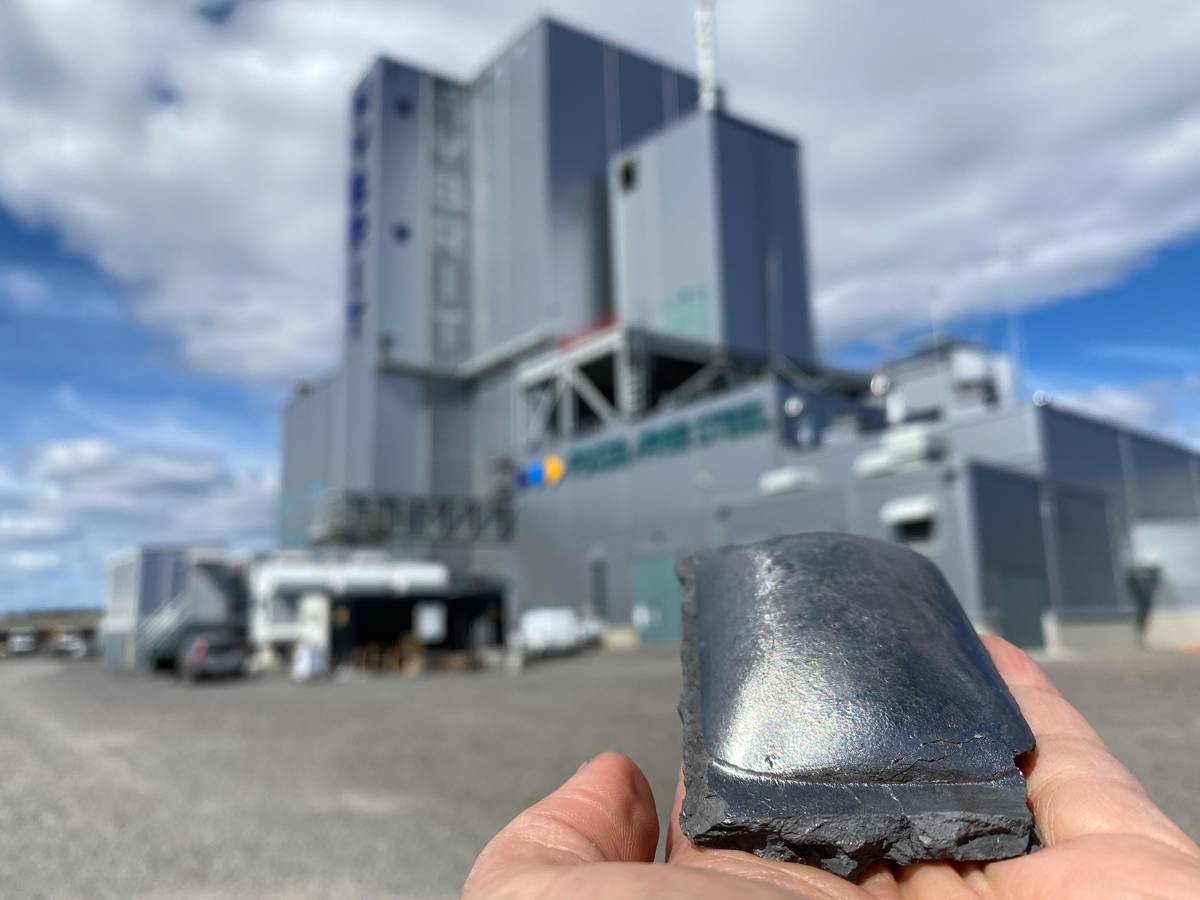 SSAB, LKAB and Vattenfall have now produced the world’s first hydrogen-reduced iron sponge on a pilot scale. The technological breakthrough within the HYBRIT initiative cuts about 90 percent of the emissions in connection with steel production and is a decisive step on the road to fossil-free steel.

The test production of iron fungus has been carried out in HYBRIT’s pilot plant in Luleå and shows that it is possible to reduce iron ore with fossil-free hydrogen, instead of removing the oxygen with coal and coke. The production has taken place continuously and with good quality. So far, about 100 tons have been produced.

This is the first time ever that iron ore has been directly reduced with hydrogen produced with fossil-free electricity on a pilot scale. The goal is to in principle eliminate carbon dioxide emissions from the process by fully using fossil-free inputs and fossil-free energy in all parts of the value chain.

Hydrogen reduction is a crucial milestone that paves the way for future fossil-free iron and steel production. Through HYBRIT, SSAB, LKAB and Vattenfall will create the most efficient value chain from mine to steel, with the goal of becoming the first in the world with fossil-free steel to market on an industrial scale by 2026.

Last year, SSAB’s, LKAB’s and Vattenfall’s jointly owned initiative HYBRIT started its test operations to produce hydrogen-reduced iron fungus in the pilot plant, which was built with support from the Swedish Energy Agency. The technology has developed continuously and the iron sponge that has now been successfully produced with the hydrogen technology is the raw material for the fossil-free steels of the future.

It is a big breakthrough, for us and the entire global iron and steel industry. LKAB is the future supplier of iron sponge and this is a crucial step in the right direction. The progress with HYBRIT gives us the opportunity to keep pace with our transition and already in 2026 we will begin the transition to production on an industrial scale with a first demonstration plant in Gällivare.

“When LKAB has converted its entire production to iron sponge, we will enable the steel industry to convert and reduce emissions globally by 35 million tonnes per year, which corresponds to two thirds of all of Sweden’s emissions. This is the biggest thing we can do together for the climate,” says Jan Moström, President and CEO of LKAB. “This technological breakthrough is a crucial step on the road to fossil-free steel. The potential cannot be underestimated. This means that we can meet the climate goals in Sweden, Finland and contribute to reducing emissions throughout Europe. It creates simultaneous jobs and export successes.”

“With SSAB, we reduce carbon dioxide emissions by 10 percent in Sweden and 7 percent in Finland. With high-strength fossil-free steel, we also help our customers strengthen their competitiveness. Already this year, we will deliver small quantities of steel made with hydrogen to customers and in 2026 we will deliver fossil-free steel moldings on a scale,” says Martin Lindqvist, President and CEO of SSAB.

The hydrogen gas used in the direct reduction process is produced by electrolysis of water with fossil-free electricity, and can be used directly or stored for later use. In May, HYBRIT began construction of a hydrogen scale on a pilot scale in connection with the pilot plant for direct reduction in Luleå.

“Sweden’s and Vattenfall’s fossil-free electricity is a basic prerequisite for the low carbon footprint of the hydrogen-reduced iron fungus. The breakthrough we can present today shows very concretely how electrification contributes to enabling a fossil-free life within a generation,” says Anna Borg, President and CEO of Vattenfall.