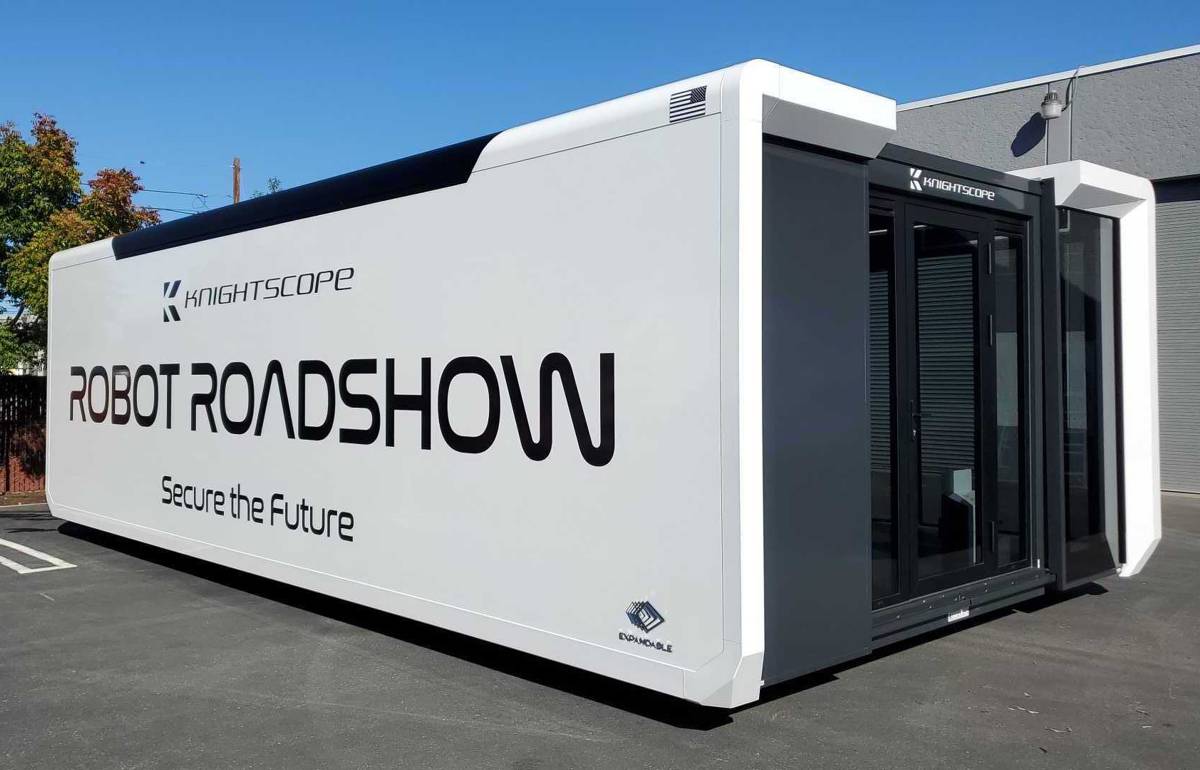 Knightscope’s robots will embark on a road trip across America, making appearances in select cities spanning at least 12 states and the District of Columbia. The tour will kick-off in San Francisco, California on November 2, with two additional Bay Area stops in San Leandro and San Jose to follow.

Additional destinations will be announced as they are finalized.

The company will bring the Knightscope experience to the figurative doorstep of prospective clients and communities so that they can interact with the machines in person while participating in a live virtual meeting with team experts. The nationwide Roadshow will spotlight a unique, futuristic “pod” housing one of each of Knightscope’s Autonomous Security Robots (ASRs) and will include a hybrid storefront equipped to exhibit the fully operational robots, docking station and the Knightscope Security Operations Center (KSOC) user interface.

“We are delighted to showcase Knightscope’s autonomous security robots across the country,” said Knightscope chairman and CEO, William Santana Li. “Connecting with our communities will be instrumental in expanding our national footprint and furthering our mission of making the United States the safest country in the world.”

Confirmed stops in tour include:

The company continues to build momentum within the autonomous robot space, with several recent achievements that highlight Knightscope as a premier autonomous physical security solution. In August of this year, the City of Huntington Park Police Department extended its existing contract with Knightscope to continue patrolling a popular Los Angeles park. Additionally, Knightscope partnered with Dimension Funding, generating up to $10 million in financing for operations.

0 0 0
Previous : New Modular DJI Action 2 reimagines what an action camera can do
Next : Aurora Driver commercial pilot now in beta with Aurora Horizon