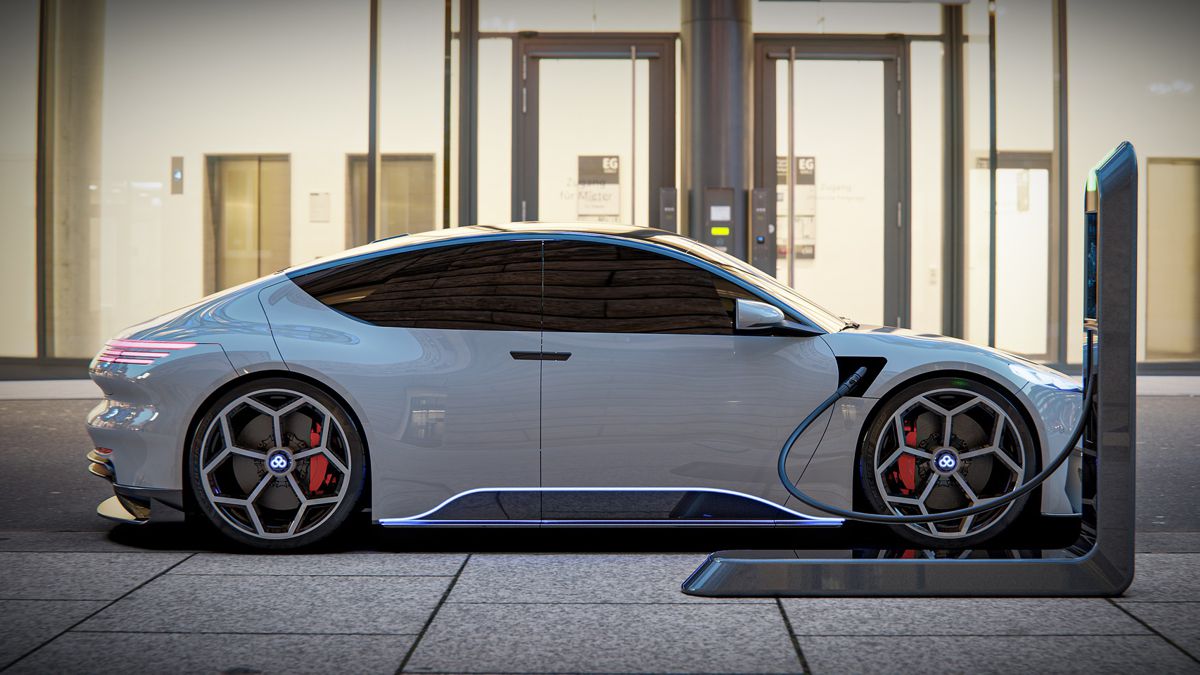 Following controversial remarks from Environment Secretary George Eustice that electric vehicles (EVs) may not be as green as people think, the RAC is looking to set the record straight.

The motoring organisation, which is working to speed up the electric revolution, commissioned leading battery electrochemist Dr Euan McTurk to address remarks relating to EVs producing more harmful polluting particles from brake and tyre wear than their petrol and diesel counterparts. You can read the full EV report here, or by downloading the PDF on the bottom of this page.

Mr Eustice told MPs on the Commons’ environment, food and rural affairs committee that fine particulate matter, known as PM2.5 which contributes to tens of thousands of deaths each year*, may be worse with electric cars due to them being heavier.

Mr Eustice told the committee: “The unknown thing at the moment is how far switching from diesel and petrol to electric vehicles will get us. There is scepticism. Some say that just wear and tear on the roads and the fact that these vehicles are heavier means that the gains may be less than some people hope, but it is slightly unknown at the moment.”

Dr McTurk’s findings based on real-world use show that EVs’ brakes wear far more slowly than conventional cars, while tyre wear is similar for the non-driven wheels and only slightly worse for driven wheels.

In his report for the RAC Dr McTurk states most of the braking in electric cars is done via regenerative braking where the electric motor works in reverse, converting kinetic energy from the moving vehicle into electricity to charge the battery when slowing down. This not only reduces the use of the mechanical brake discs and pads but adds more range to the vehicle too.

In addition, the world’s biggest car manufacturer Volkswagen Group has taken the decision for its EVs built on its new universal platform to switch from rear brake discs, which are exposed to the elements to dissipate the heat from repeated braking, to enclosed rear brake drums as heat build-up is not an issue. As the brakes are enclosed any particulates are captured rather than released in the atmosphere.

Dr McTurk says: “Dundee Taxi Rentals says that brake pads on its 11 Nissan Leaf taxis have a lifespan of 80-100,000 miles – four times that of their diesel taxis. Discs tend to be changed due to warping rather than wear unlike a conventionally fuelled vehicle, and last twice as long as those on diesel taxis.

“In addition, Cleevely EV, one of the best-known EV mechanics in the UK based in Cheltenham, regularly sees EVs with brakes that have lasted over 100,000 miles. The company says if they ever need to replace an EV’s brakes, it’s not because of wear but because they’ve seized up due to lack of use.”

In terms of tyre wear, which is another source of particulate matter pollution from any vehicle, Dr McTurk disputes the widely quoted research carried out by Emissions Analytics (EA) in 2020 which concluded pollution from tyres is 1,000 times higher than a car’s exhaust emissions.

Dr McTurk said: “The EA report claimed a car shed 9.28gm of particulate matter per mile from its tyres. With a typical family car tyre weighing around 9kg, giving a total weight of 36kg that would mean the tyres would physically have disappeared in less than 4,000 miles and the car would be running on its alloys.

“In reality, tread represents about 35% of a tyre’s total weight, so the tyres would be bald in less than 1,358 miles, or two months’ of driving for the average UK driver. The chances are that the Emissions Analytics study was accidentally measuring particulate matter emitted by other cars that had settled on the road and was then kicked up by the tyres of the test car.”

Real-world experience also shows EVs don’t get through tyres as fast as some claim due to their weight. British Gas, which currently operates 800 pure electric vans, reports that its latest large, heavy electric vans have done 15,000 miles and have not yet needed replacement tyres.

Dr McTurk added: “Dundee Taxi Rentals reports that the lifespan of the front tyres on their all-electric front-wheel drive Nissan Leafs is about 5,000 to 10,000 miles less than their diesel taxis but, more positively, the rear tyres last the same amount of time, typically covering 30-36,000 miles before needing to replaced.

“Cleevely EV Mobile’s high-mileage, cross-country electric vans show that the tyre lifespan of front-wheel drive EVs can be just as good as petrol or diesel cars. They say their MG5 EV, which is only four months old, is approaching 20,000 miles, and all tyres still have plenty of tread. James Coates, who is a veteran mechanic and an accurate judge of component wear, believes they will get 30-35,000 miles out of all four tyres.

“Additionally, many tyre manufacturers are developing special tyres for electric vehicles, which provide greater efficiency and less wear without sacrificing grip. This includes big name tyre brands and new companies, like Enso, that have been set up specifically to tackle pollution from tyres.

“As for the weight issue, modern electric vehicles aren’t actually that much heavier than petrol or diesel cars, especially with the recent trend towards bigger and heavier SUVs, and as battery technology improves, they will become lighter without compromising range.”

RAC EV spokesperson Simon Williams said: “George Eustice’s remarks about EVs not being as green as some may think were very unhelpful and could put some drivers off making the switch to zero-emission driving. There are far too many negative myths surrounding electric cars which need to be busted as soon as possible in order to speed up the electric revolution. We hope these positive real-world experiences will help to clear up some of the confusion.”

The RAC is actively campaigning to encourage drivers to make the switch to electric. It is backing the high-profile FairCharge campaign being spearheaded by automotive journalist and electric car ambassador Quentin Willson. FairCharge aims to ensure the environmental, economic and social benefits of the electric car revolution are properly harnessed by pushing key EV issues to the forefront of the political agenda such as the cost, availability and speed of charging as well as battery range and the affordability of switching to an electric car.

Quentin Willson said: “When the Secretary of State for the Environment gets facts about electric cars wrong, it tells us we badly need a reliable, independent, source of factually accurate information for consumers. The RAC and FairCharge want to make sure that British consumers aren’t being put off buying an electric car by the moonshine, myths and misinformation being propagated by vested interests.”

The RAC offers highly competitive EV products including leasing deals, a specialist domestic electricity tariff with cheaper overnight charging rates, and options for installing a home charge point. In terms of breakdown the RAC is leading the roadside assistance field with a growing number of its patrol vans equipped to give EVs an emergency charge or recover them safely if necessary. In January 2022, the RAC also put its first zero-emissions patrol van – an all-electric Renault Zoe – onto the road. For more details, see www.rac.co.uk/electric-cars.