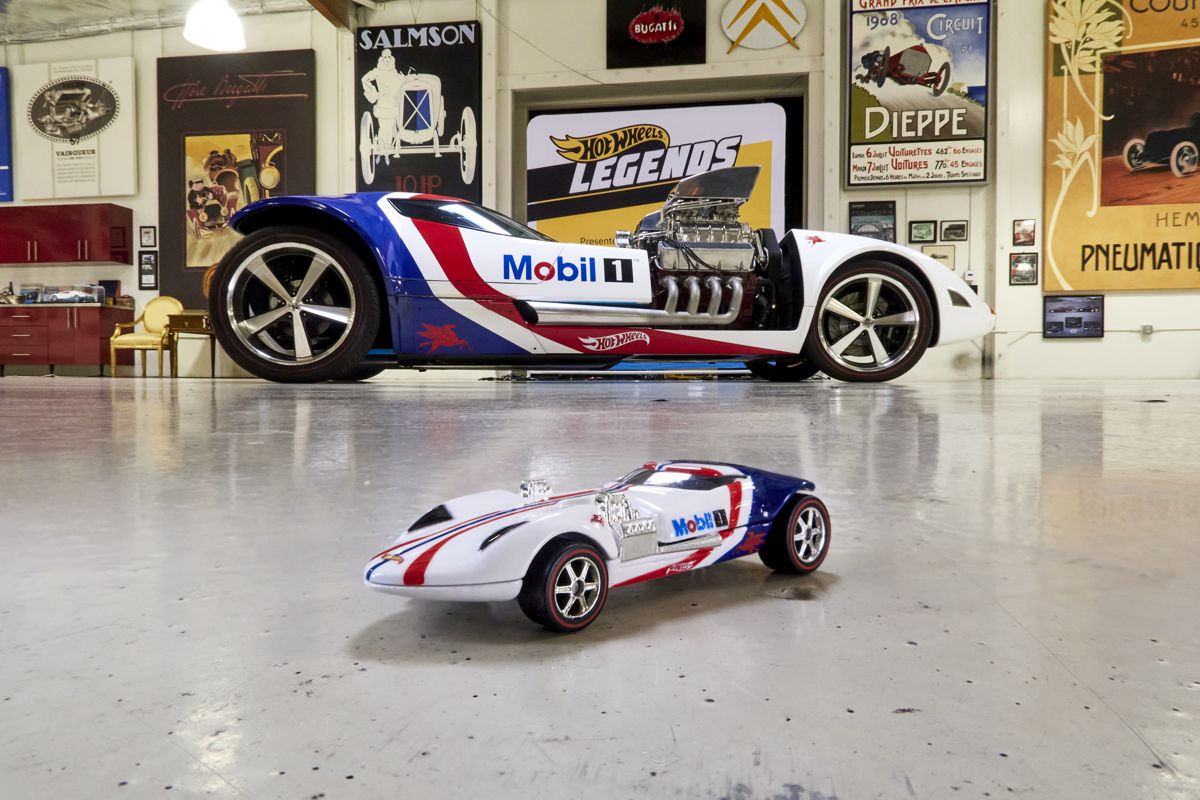 Celebrating its fifth year, this epic global contest offers builders a unique opportunity to have their passion projects immortalized by Hot Wheels in 1:64th scale. Once selected to be reimagined as a die-cast vehicle, the winning fan submission will be available for sale in more than 150 countries around the world.

Founded in 2018 to celebrate the brand’s 50th anniversary, the Hot Wheels Legends Tour began as a series of 15 car shows hosted at Walmart locations around the US. Over the past four years, the competition has exploded and grown internationally to now include event stops in 13 countries spanning 5 continents.

Scheduled for April 14, the initial stop of the 2022 Tour will kick-off with a virtual livestream in New Zealand, and will be followed quickly by a virtual stop in Australia on April 21 and the first North American live event in Miami, FL on April 30.

“After four years and dozens of events, it’s incredible to see how much the Hot Wheels Legends Tour has grown, both in the US and abroad,” said Ted Wu, Vice President, Global Head of Design for Vehicles, Mattel. “Pivoting largely to virtual events over the past two years, we saw the competition unite in an entirely new community of global garage builders and Hot Wheels fans. We’re excited to continue this growth in 2022 as we return to our live event roots. This year’s competition is guaranteed to be the best yet, and we can’t wait to see which epic builds emerge during the Tour.”

As in past years, the Hot Wheels Legends Tour consists of regional winners and Mobil 1 Fan Favourites from each stop who move on to compete in the semi-final and, for the most impressive builds, the Global Grand Finale. However, this year Hot Wheels is breaking with tradition by offering one regional winner the additional opportunity to have their custom garage creation reimagined as a limited-run die-cast vehicle.

In collaboration with Mobil 1, Walmart and Dickies, the Legends Tour will culminate in November with a livestreamed Global Grand Finale event. The winning build that best exemplifies the judging criteria of creativity, authenticity and garage spirit will be inducted into the Hot Wheels Garage of Legends™, joining previous champions including the 2018-winning 2JetZ™, 2019-winning 1957 Nash Metropolitan, 2020-winning 1970 Pontiac Trans Am and 2021-winning 1969 Volvo P1800 Gasser.

“People love driving and there’s no clearer representation of their devotion than the effort custom car builders put into their rides and the quality products that they use,” said Ryan Allen, Automotive Brands and Partnerships Manager, North America at ExxonMobil. “Having the opportunity to turn their passion projects into an iconic Hot Wheels car is incredibly exciting and we’re eager to see the unique creations on display during the fifth anniversary of the Hot Wheels Legends Tour.”

Conceived in 1968, Hot Wheels has grown to be the number one selling toy in the world* by volume. Evolving from 16 original die-cast vehicles with orange track system, the Hot Wheels brand continues to flourish, posting its first-ever $1 billion year of sales in 2021, with more than 25,000 unique designs to-date.