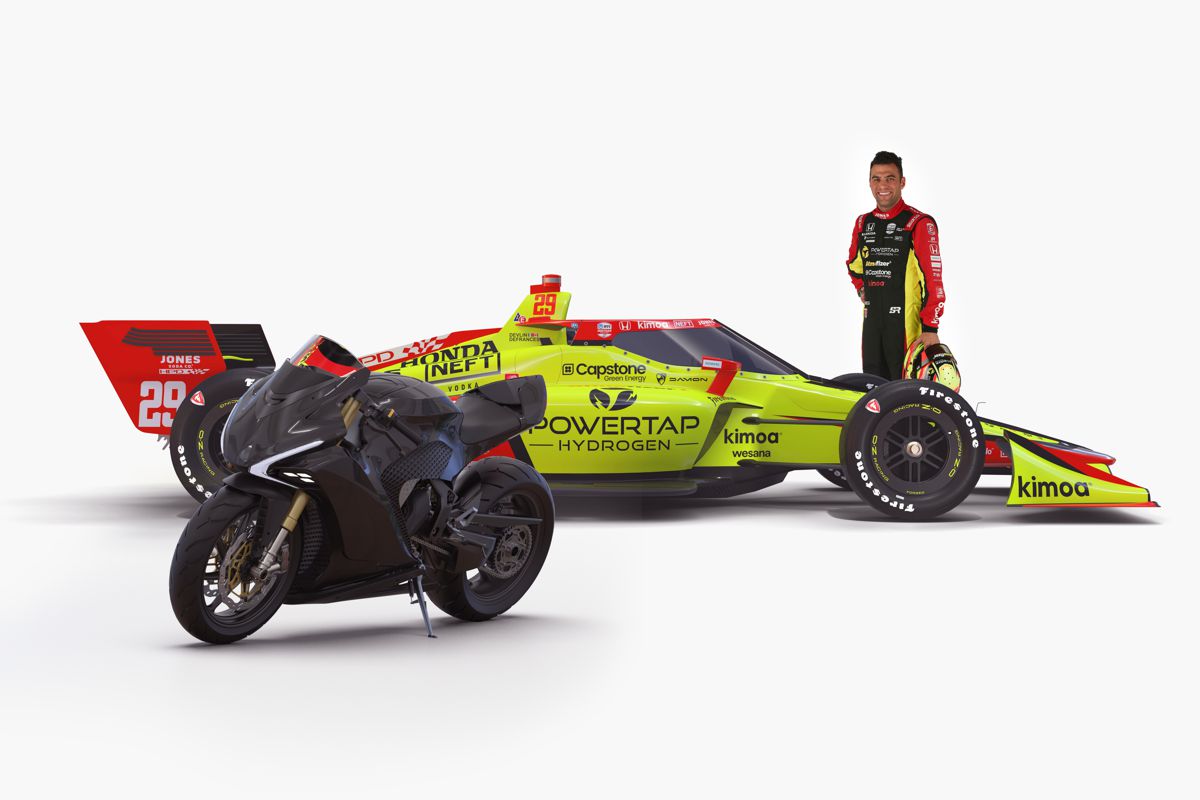 The 21-year old driver is piloting the No. 29 Andretti Steinbrenner Autosport machine and made his IndyCar debut February 25-27 in the first race of the 2022 season at Firestone Grand Prix of St. Petersburg, Florida.

“Devlin shares the bold and unstoppable fighting spirit we have infused into our motorcycles and it’s an honor to back him as he represents a new generation of high-performance race car drivers,” said Jay Giraud, co-founder & CEO, Damon Motors. “We’re proud to have our name on the No. 29 car alongside other innovative green-tech leaders, and support Devlin as he makes his mark on the INDYCAR circuit and the world.”

“Electric Vehicles are on an upward trend as people seek alternatives to fossil fuels. Damon provides those with a preference for 2-wheels with the opportunity to switch to EVs,” said George Steinbrenner IV, co-owner, Steinbrenner Racing. “We’re excited to partner with Damon and continue the growth of our green energy partner ecosystem.”

Like Damon Motors, DeFrancesco was born fast. He has been competing since birth. Born 15 weeks premature in Canada, he was at one point not expected to survive. DeFrancesco persevered and had his first karting race at six years of age. He proceeded to have a successful karting career in Europe before returning to North America and taking part in the Road to Indy program. DeFrancesco placed second in the 2020 INDY PRO 2000 Championship and was named 2020 “Rookie of the Year.”

As part of the four-car squad prepared by Andretti Autosport, DeFrancesco draws on the massive experience of his team and teammates as he kicks off his rookie season in INDYCAR. Ex-Formula 1 racers Romain Grosjean and Alexander Rossi are part of the Andretti squad along with DeFrancesco’s friend, long-time karting rival, and INDYCAR star Colton Herta.