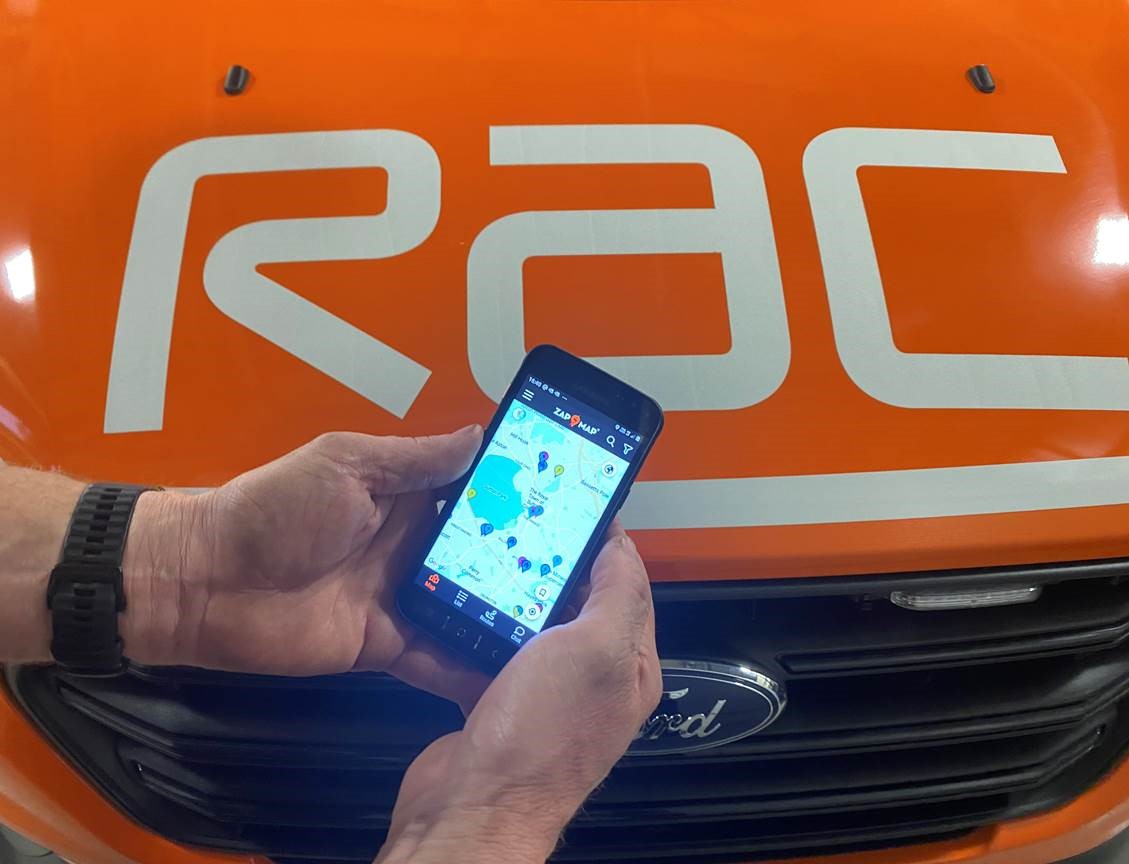 RAC and Zap-Map giving their Electric Vehicle members a boost

RAC and Zap-Map giving their Electric Vehicle members a boost

In a bid to further its market-leading position as the number-one for electric car breakdown cover, the RAC has joined forces with Zap-Map – the UK’s no. 1 EV charge point mapping app – to be even better placed to help electric vehicle (EV) drivers who run out of charge.

The Zap-Map app will be distributed to the RAC’s 1,600 patrols via all their devices – phones, laptops and in-van terminals – enabling them to locate the nearest available, suitable, publicly accessible charge point for RAC members to get their EV recharged and back on the road again as quickly as possible.

The RAC is already ideally set up to help members with EVs because its patrols can provide an emergency charge to flat or severely depleted electric cars with its award-winning RAC EV Boost technology, without the need for heavy and bulky portable batteries. It can also move stricken vehicles easily with the All-Wheels-Up rapid recovery system, which gives patrols flatbed towing capability from a standard breakdown van.

RAC head of technical James Gibson said: “By ensuring all our patrols have Zap-Map on their RAC devices, we’re giving members with EVs extra reassurance that we’re equipped on every level to get them going again, should they ever run out of charge or encounter a faulty charge point.

“While we have the technology to give them an emergency boost, it’s vital we know how far away the nearest suitable charger is so we can give our members enough mobile charge to get them there safely.

“We chose to partner with Zap-Map because it’s without doubt the best app for finding the nearest available public charge points for whichever vehicles our members might be driving. The level of information provided in the app is excellent and we urge every EV driver to download and use it, as it genuinely makes EV driving even simpler.”

Alex Earl, commercial director at Zap-Map, said: “We are always keen to explore new ways of working, especially when they help to make the switch to electric as seamless as possible.

“The RAC has so many patrols on the road, and they will increasingly encounter EV drivers who may be in need of their help. We therefore felt it made sense to provide them with easy access to Zap-Map, as it will lead to a better experience for anyone who does run out of charge.

“We will also be looking to get patrols to feedback on anything they discover about out-of-order or faulty charge points, ensuring Zap-Map users have access to even more accurate information to search, plan and pay for their electric journeys.”

Last year, the RAC and Zap-Map published a joint report on EV charging provision at supermarkets, which found that the number of chargers at supermarkets had grown by 85% over a 21-month period. During that time, Tesco had added more EV chargers than any other supermarket.

In January, the RAC became the first major roadside assistance company to add a pure EV to its breakdown fleet by putting a Renault Zoe Van E-Tech into service. The patrol van will principally be used to attend the RAC’s two most common breakdowns – batteries and tyres, which together account for nearly half of all call-outs.

To make it easier for drivers to go electric, the RAC has joined forces with Novuna Vehicle Solutions to offer affordable leases on some of the most popular EV models and with British Gas on the installation of smart 7kW home chargers and a bespoke EV electricity tariff with cheaper off-peak overnight charging.

To speed up the switch to electric cars, the RAC has also helped found the FairCharge campaign, which aims to remove many of the barriers currently facing drivers. It will push key EV issues, such as the cost, availability and speed of charging, as well as battery range and the affordability of switching to an electric car, to the forefront of the political agenda.