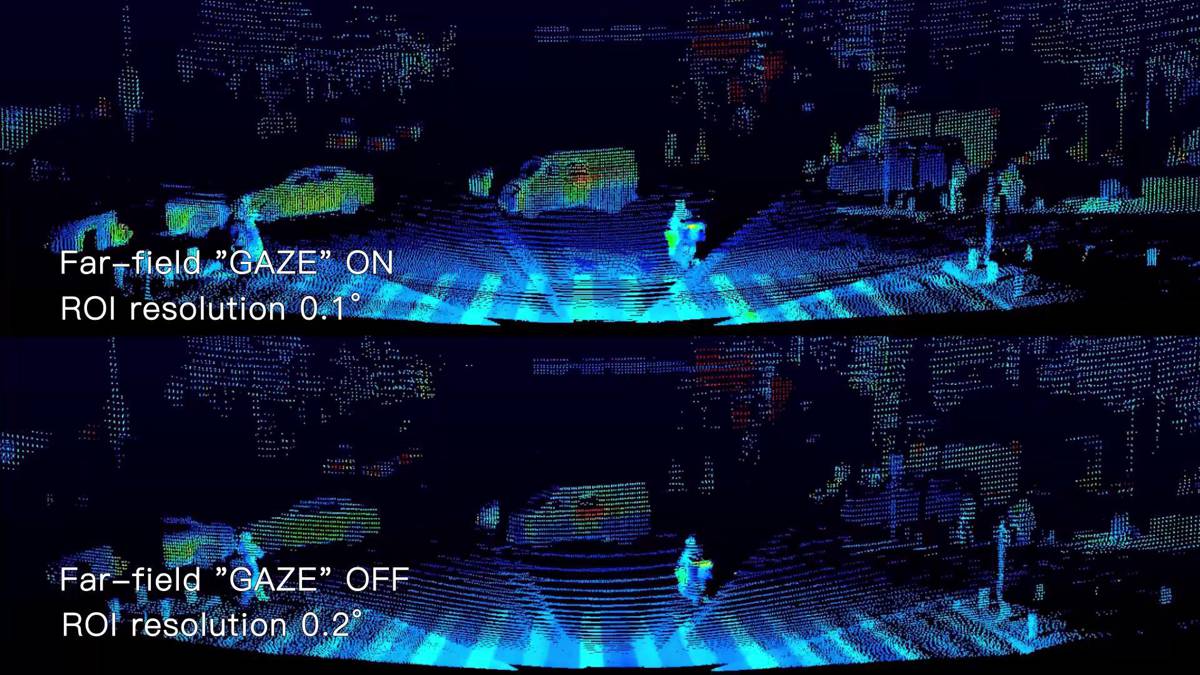 Autonomous driving systems need to be capable of dealing with various traffic participants in a variety of different road conditions. This requires LiDAR to be able to dynamically adjust its perception focus under constantly changing conditions.

When the autonomous driving vehicle operates the HWP (highway pilot) mode, the “GAZE” function is activated, which in turn increases the vertical angular resolution of the ROI area from 0.2° to 0.1° (or higher). It propels autonomous driving from safety to comfort.

The result includes doubled point cloud density and increased accuracy in measuring the height of small frontal obstacles. This functionality allows the autonomous driving system to accurately calculate passability by taking into account the height of the wheels and the chassis, increasing the recognition distance of obstacles, such as vehicles by 50% and more.

When driving on congested city roads, the TJP (traffic jam pilot) function requires LiDAR to have a smaller blind zone (the minimum blind zone of the M1 is 0.3m) and a higher frame rate, to enable it to swiftly respond to environmental changes. The “GAZE” function is able to instantly increase the frame rate from 10Hz to 20Hz (or higher). This allows the TJP (traffic jam pilot) to complete its calculations in time, helping to prevent annoying cut-ins and accidental scratches.