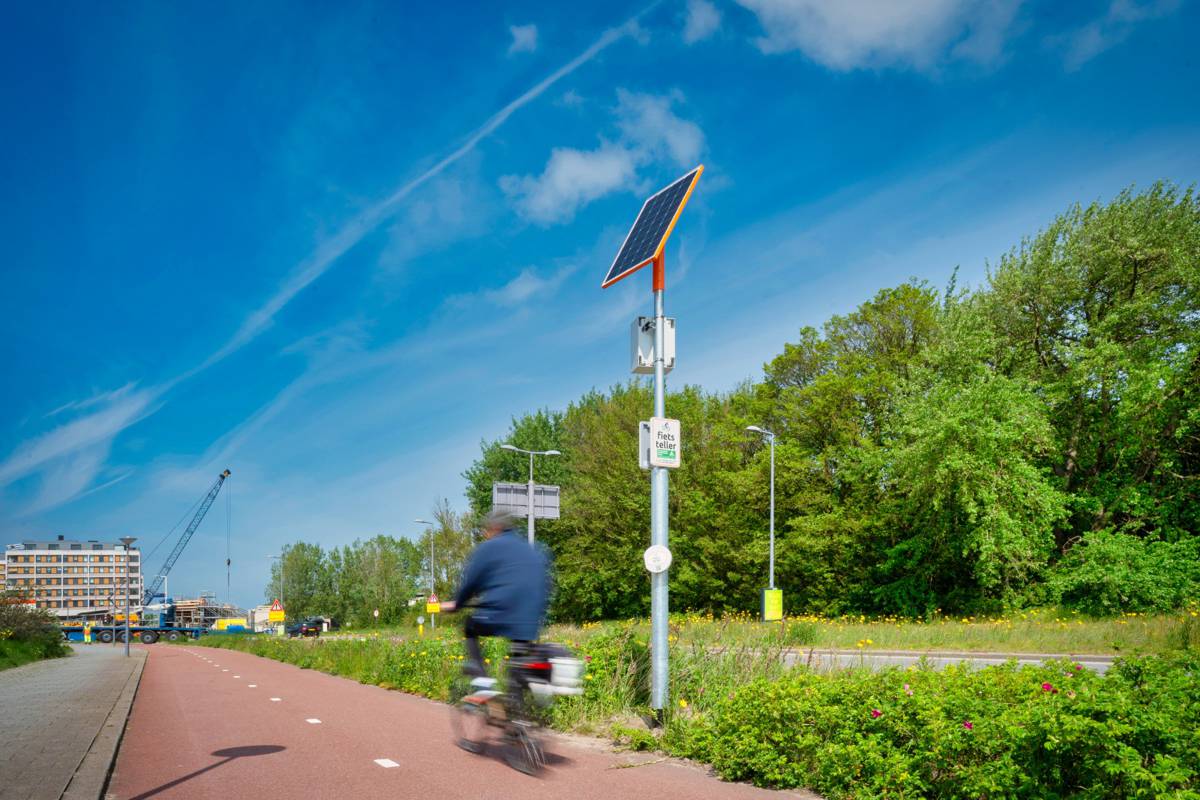 Smart ITS technology puts cyclists in the picture

Smart ITS technology puts cyclists in the picture

Thanks to a link between advanced cycling radar and smart traffic control systems, cyclists in Utrecht (NL) can now ride faster and safer through green lights.

In the recently finished pilot ‘Bicycle Peloton Recognition/ iSTC (intelligent Smart Traffic Controller)’ – a collaboration between the City of Utrecht and Cycledata – not only is the functioning of the linked ITS (Information and Technology Services) technology being tested, critically important ‘accurate’ bicycle data is also being collected.

The tests were excellent and completed to full satisfaction. In the future, bicycle radar units will be linked to intelligent Smart Traffic Controllers at many more locations in the Netherlands so that road managers can better anticipate traffic situations. 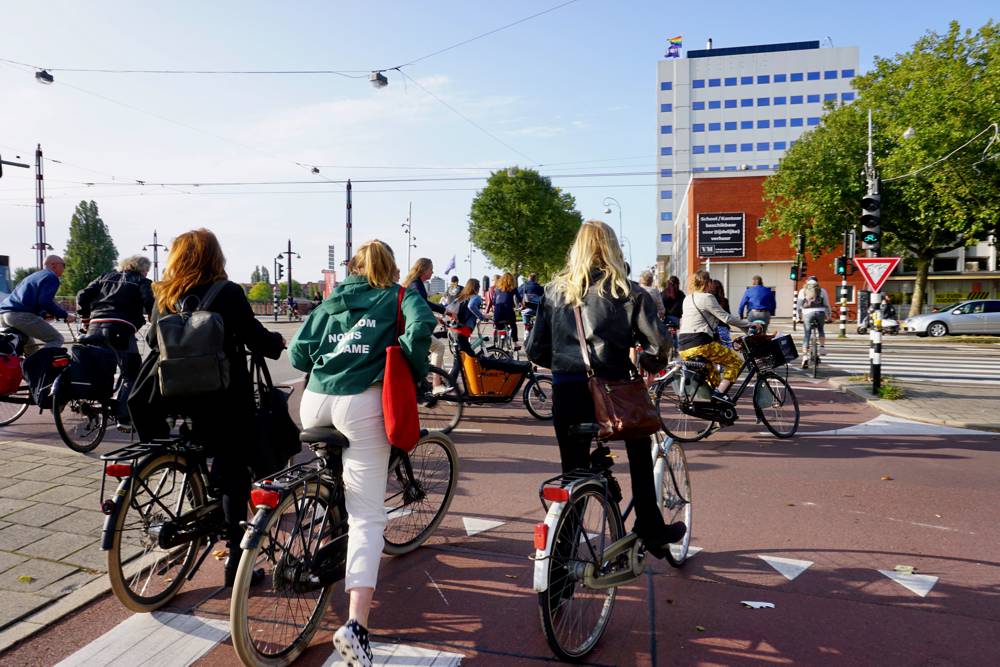 The pilot in the city of Utrecht focuses on recognizing bicycle pelotons and being able to direct traffic flows. A bicycle measuring system, called Signum, recognizes approaching cyclists, measures the number of cyclists, the speed and the direction of travel and then forwards this information to an intelligent traffic light controller (iSTC) that can give priority to larger groups of cyclists. In the case of approaching bicycle pelotons, the traffic light can therefore switch to green sooner or remain green longer. 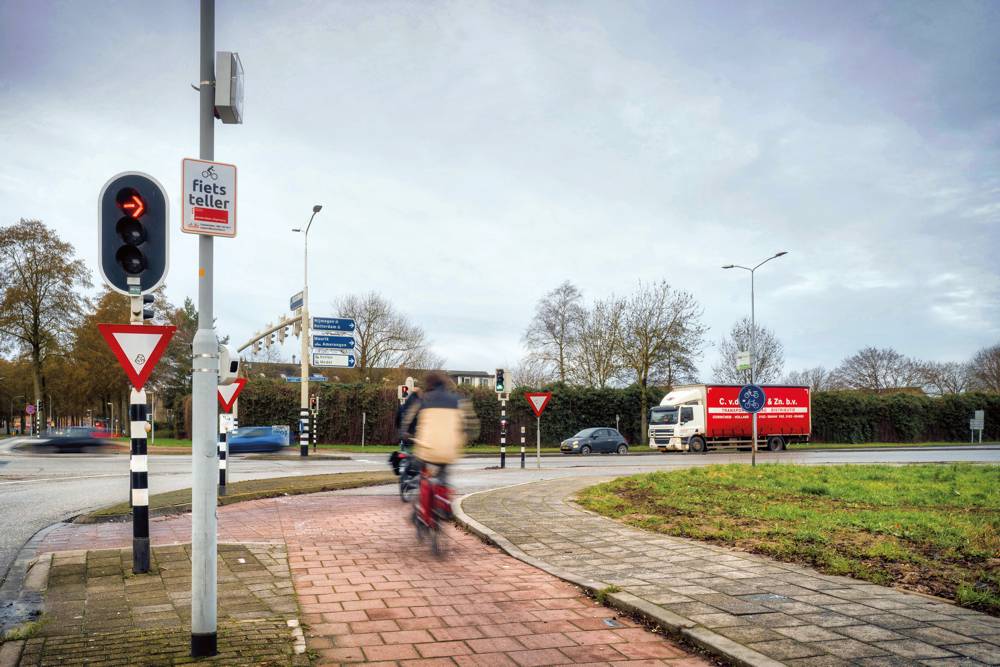 The ‘Bicycle Peloton Recognition/iSTC ’ pilot, uses Cycledata’s Signum radar technology linked to iSTC data platform that realizes communication between traffic lights and road users. The bicycle radar installed in front of the iSTC can detect vehicles on the cycle path with high accuracy. Even during peak hours during which large groups and various vehicles in particular move at different speeds on cycle paths.

The detection data are then converted to CAM data (Cooperative Awareness Message) and linked to iSTC data platform. This platform, which is directly connected to the traffic light, can ultimately ensure that it gives priority to cycling pelotons. For example, the city of Utrecht can directly control traffic flows based on real-time, accurate data from road users. 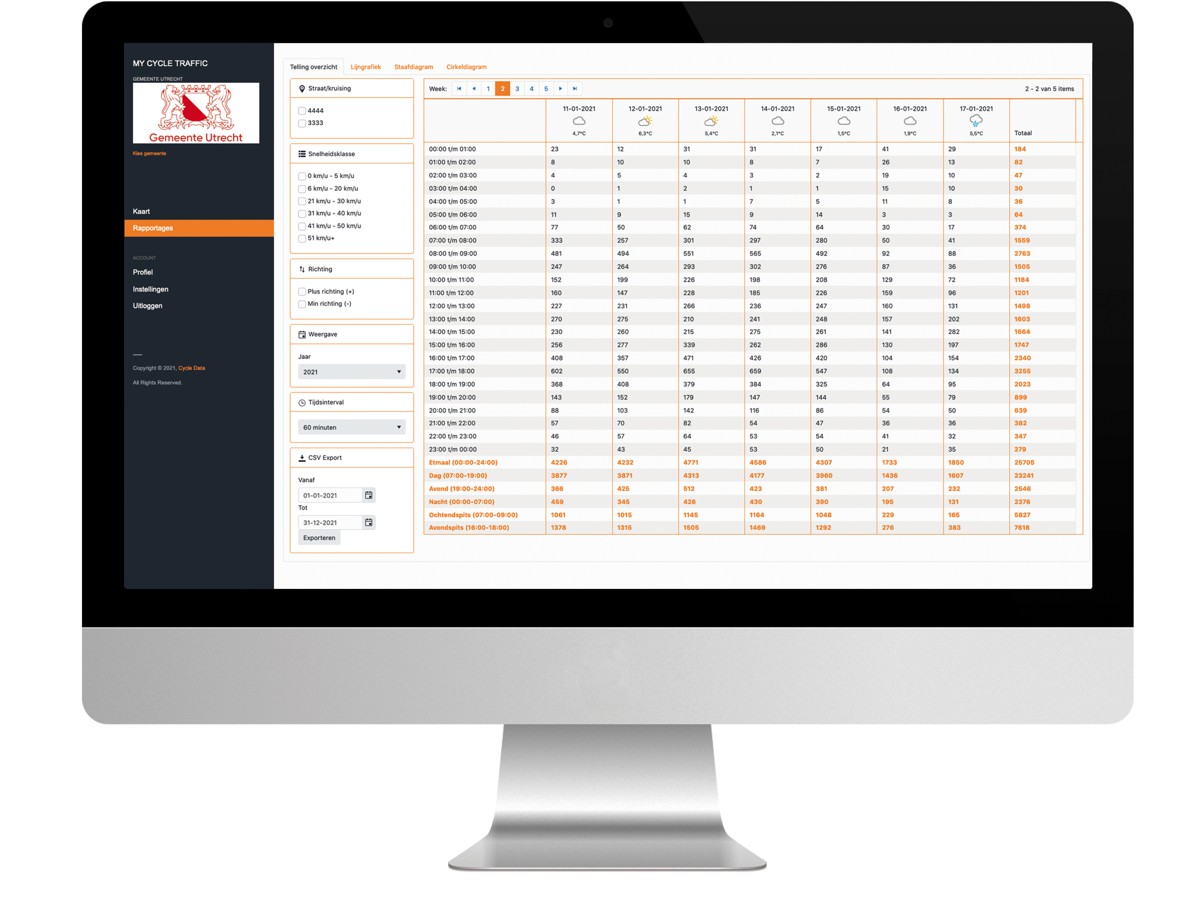 Because the bicycle is seen as the solution to growing congestion and climate problems and the scarcity of space in inner cities, the demand for reliable bicycle data is also increasing. In addition to stimulating the use of the bicycle, cities also face the task of increasing accessibility by creating, maintaining and expanding an optimal and safe bicycle path network. In order to take the right decisions for their cycling policy, they need reliable, accurate data about cycling behaviour and the cycling flows in their region.

Cycledata notices that councils are particularly interested in the use of bicycle paths during peak hours, when large groups of vehicles use the cycle path at different speeds. These are the moments when the risk of unsafe situations is greatest. With the Signum, Cycledata developed a contactless bicycle measuring system based on radar laser technology that collects high-quality actual data of vehicles on cycle paths.

This is done with an accuracy of more than 95%, even during peak hours and without any application of algorithms. Cities such as Amsterdam, The Hague and Rotterdam have been using similar bicycle radar systems for measurements during rush hour periods. 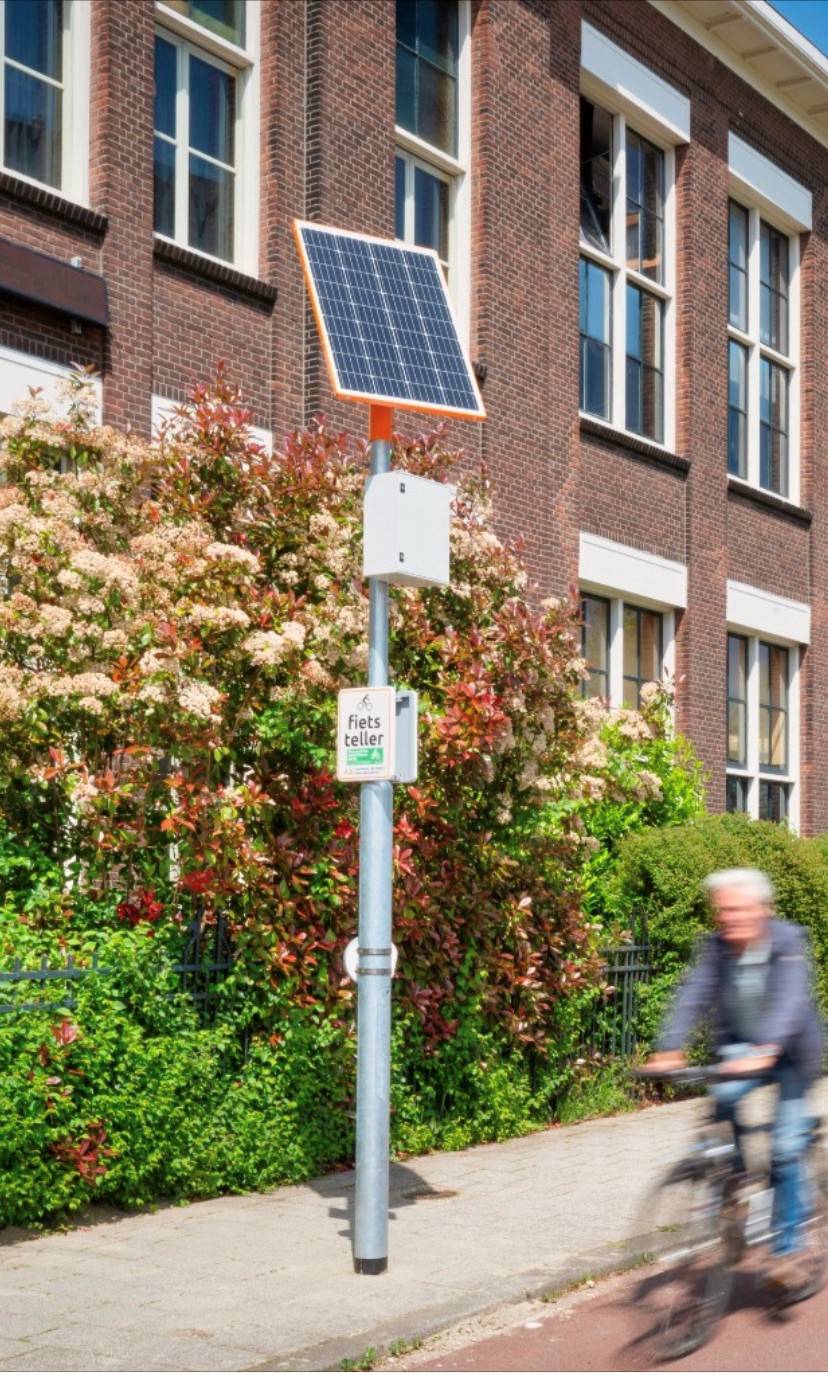 Together with partners Cycledata is working on innovative traffic applications that help to better anticipate traffic situations but also to contribute to safe cycle paths and stimulate bicycle use. Due to the high accuracy of the actual data – even on busy cycle paths in peak periods – municipalities gain more insight into the flows of cycling traffic. And that is essential if you want to create a link with an iSTC.

Based on the right bicycle data, road managers can adjust their policy to prevent ‘bicycle congestion’, for example, but also to entice motorists – who see columns of cyclists passing by – to take the bicycle themselves next time.

0 0 0
Previous : ExOne and Maxxwell Motors develop 3D Printed Copper Windings for Electric Drives
Next : The Cones continue on their exciting and educational adventures