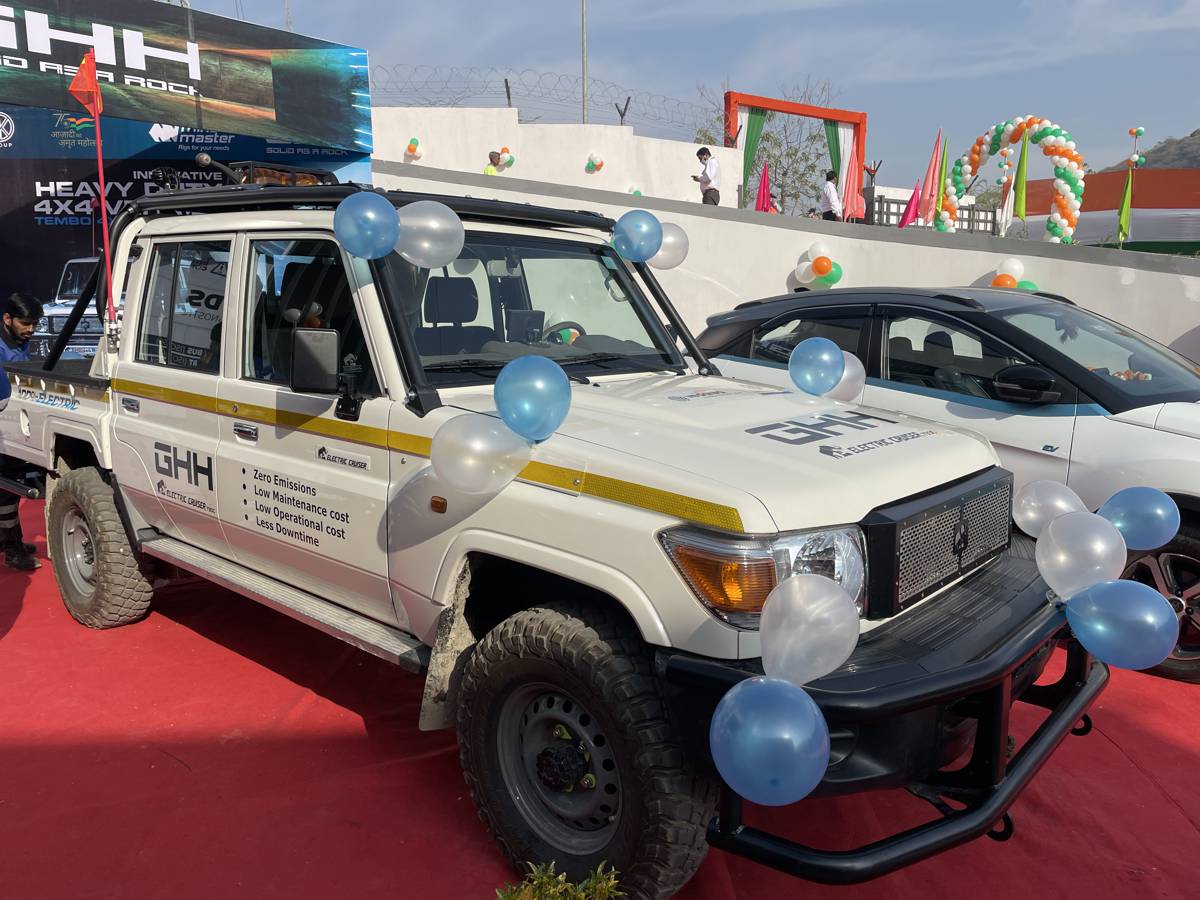 In India, a giant in mining and quarrying is setting a good example: Hindustan Zinc Limited, India’s only and the world’s second-largest integrated zinc-lead-silver producer is increasingly electrifying its vehicle fleet.

It is the first company in the country to take delivery of a Tembo 4×4 ELV, a light duty full electric vehicle.

The integration of EV into the existing fleet of Hindustan Zinc Limited, a subsidiary of the Vedanta Group, was celebrated in front of a large audience. The date of mid-March 2022 was well chosen. The company’s Zawar Mines under the aegis of Directorate General of Mines Safety (DGMS) hosted the Iconic Week Celebration of Azadi Ka Amrit Mahotsav to honour the country’s 75 years of Independence.

The Tembo 4×4 ELV is based on the proven Toyota Land Cruiser and Hilux models, the most used vehicles in their class in the mines. It comes from the Dutch manufacturer Tembo e-LV. Part of the larger Vivopower Group, and is distributed in large parts of the world by GHH, the German manufacturer of construction and mining equipment. There are versions ranging from the classic pickup to the station wagon. New is a model with an extra-large cabin for up to 10 people.

The latest versions of these vehicles are equipped with an electric motor with 65 kW and 250 Nm torque, a 1:3 gearbox and a powerful 72 kWh battery. This is designed for at least 10 years or 8,000 charging cycles. The battery is charged from 20 to 80 percent in two and a half hours with a single-phase charger. With a 3-phase charger, this time is reduced to only one hour.

No external infrastructure is required for operation, as the charging technology is integrated. The vehicle reaches a top speed of 80 km/h and can climb gradients of up to 45 degrees. Air conditioning and heating are standard. One charge is enough for up to 200 km.

The time of diesel engines with their negative impact on project costs (weathering) and the health of employees is inevitably coming to an end. Tembo has been on the market since 2016. The technology is considered reliable. Other advantages include low direct operating costs and higher reliability. The vehicles also weigh less.