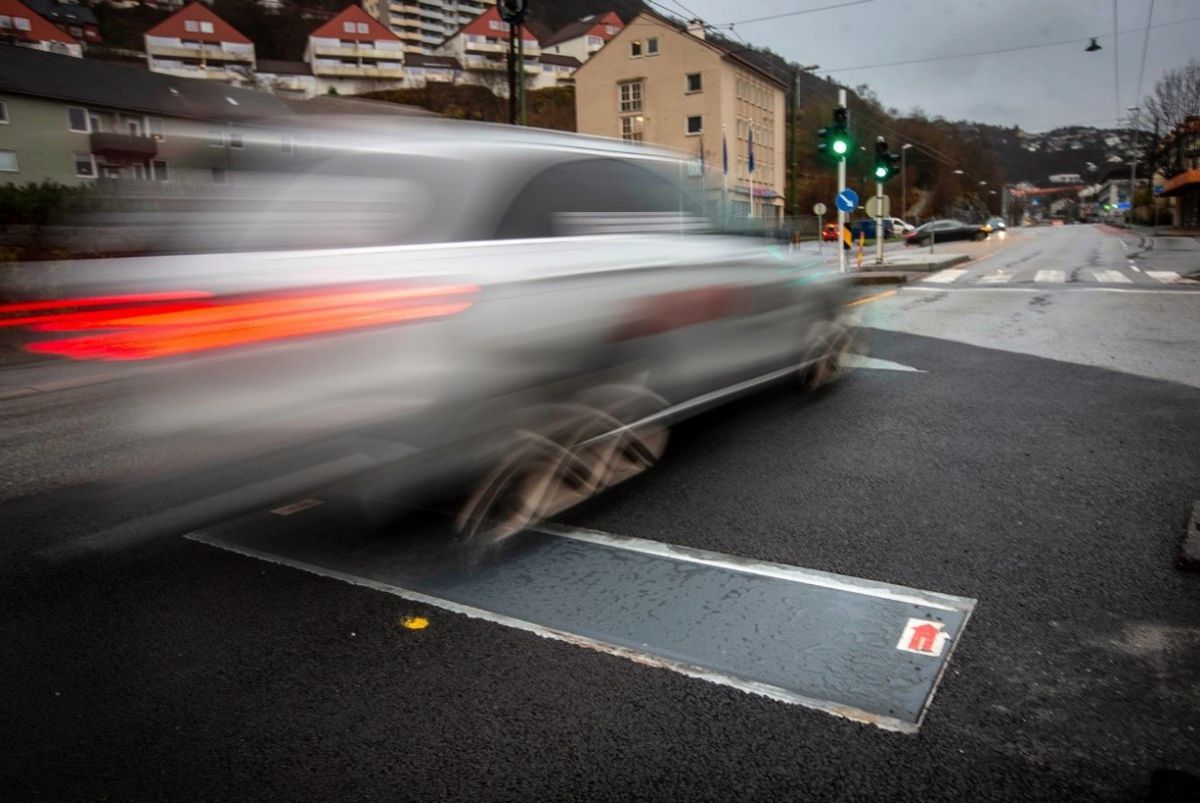 The Swedish SmartCity system, the Actibump, is now available world-wide after 10 years and 100 installations in the Nordics.

A special demo offer is available at Intertraffic on stand 02.109 to customers in countries where the Actibump has not yet been implemented. During Intertraffic the accompanying software platform will be demoed live.

The Actibump is an active speed bump that is only a speed bump for those who speed. It is a system that solves the compromise between accessibility and traffic safety. The SmartCity system consists of the active speed bump, Actibump, and a software platform called EdevaLive that monitors the hardware and collects and presents data from sensors on site.

The visible part of the Actibump is a hatch integrated into the road surface. A radar measures the speed of oncoming vehicles and when a speeding vehicle approaches, the hatch lowers a few centimetres, creating a dent in the road, giving the driver a physical reminder of the speed limit. It leads to a behavioural change where drivers stop speeding since all you need to do to avoid the inverted speed bump is to stick to the speed limit.

For all drivers abiding by the speed limit the hatch remains level with the road surface and doesn’t affect the vehicle. This means that buses and emergency vehicles get better accessibility compared to regular speed bumps, bus drivers and passengers get a comfortable ride, and vulnerable road users get a safe passage.

The point of the Actibump is not just to make speeding drivers slow down, it is also to allow all vehicles abiding by the speed limit to pass without discomfort – something that is not possible with regular speed bumps that force the heavier traffic, such as buses, to slow down much more than lighter vehicles.

EdevaLive collects and displays data from the radar regarding speeding, average speed, 85th-percentile speed and speed distribution in a web interface. This data makes it easy to follow up the effects of the system and has proven that the Actibump has an impressive effect on speeding behaviour that lasts, or even improves, over time. The result from the current installations is that the 85th-percentile speed ends up at the speed limit ±4 km/h with six months to a year, regardless of previous speeding behaviour.

Additional sensors can be installed in the Actibump or at the Actibump installation site in order to get data regarding vehicle types, vehicle weight, noise levels, air quality, temperature and ground vibrations. Other sensors can be added on request.

The system has optimal function at speed limits of 50 km/h and lower.

The first Actibump was installed in Linköping, Sweden, in 2010. There are currently circa 100 Actibump units installed in Sweden, Australia, Norway and Iceland. It has both been installed on sites in the Swedish capital Stockholm, as well as in smaller villages in the road network of the Swedish Transport Administration. The Actibump is also installed in all nine lanes at the toll station on the Øresund bridge in the direction from Sweden to Denmark. Seven units are installed at the Bentley campus of Curtin University in Perth, Western Australia. There are several installations in the planning phase in a number of European countries, in Denmark and France, for example, as well as in other parts of the world.

With more than 200 000 000 vehicle passages over the Actibumps combined, the system is well tested and has proven its robustness. Edeva is now looking for more demo-customers in other countries. Come by booth 02.109 to discuss!

Speed limit and other variables are set through the web-based interface of the software platform EdevaLive that also monitors all hardware connected to it and presents the data collected by the Actibump and other sensors. Each customer has access to data regarding speeding and traffic flow from their own Actibumps.