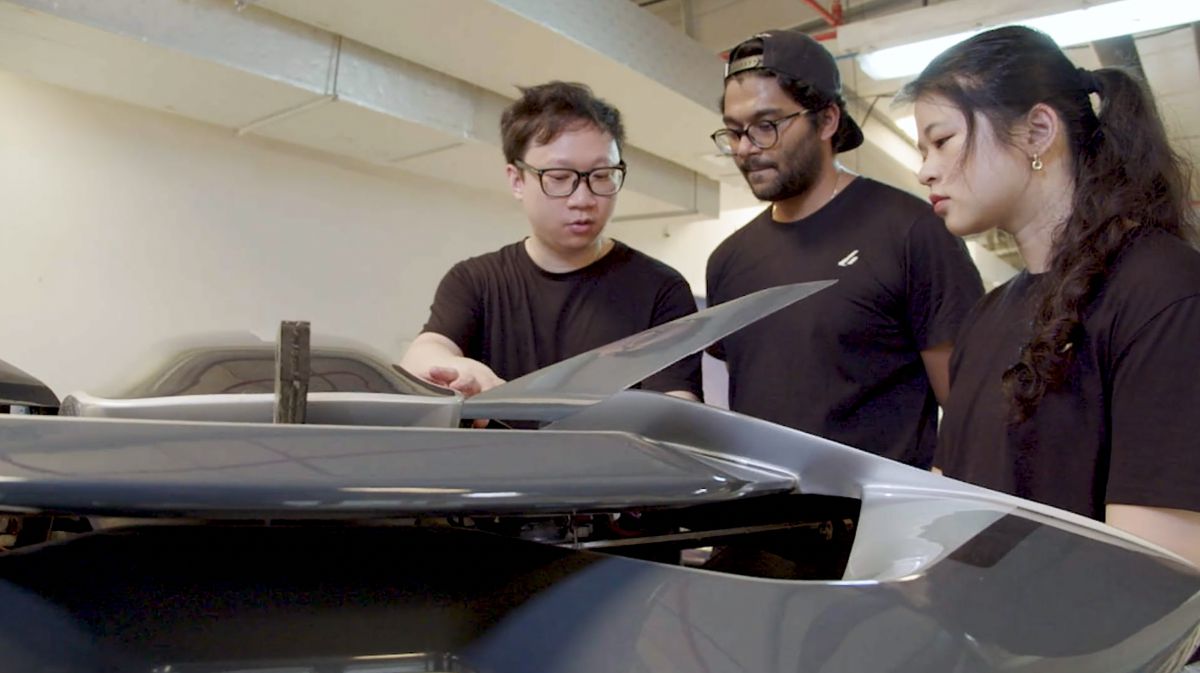 Bellwether solving personal transport problems for the cities of the future

Bellwether solving personal transport problems for the cities of the future

Cities are growing, becoming more crowded and more congested. While more personal vehicles crammed into a limited space slow traffic down, Bellwether Industries is founded on the belief that there will always be a need for personal transportation. And in the city of the future, that means looking up for inspiration.

“We want to make flight the most natural thing you can do,” says Daniel Chen, Founder and CEO at Bellwether, a company that is working hard to make personal transportation through the air a reality.

If this sounds like the stuff of science fiction, Kai-tse (KT) Lin, Co-founder and COO at Bellwether gives a progress report: “We are a diverse international team. We have bases in London, Taiwan and Dubai. We are working on multiple projects, having two prototypes tested and are building our third prototype. Plus, there are a lot of projects to be revealed.”

KT says that there is a clear need for taking personal transport off the ground and putting it into the air: “City environments are growing, becoming taller, more complex environments. With more problems come more opportunities: people want to have options when they travel. They need better solutions, which Bellwether is targeting specifically on this issue.”

Could personal flight in cities really work? Yu-Zhen (Zen) Huang, Brand and Strategy Director at Bellwether says that the company is taking a look at the objections and undertaking to make the concept a reality: “Is it impossible to have the air traffic in the city environment or is it that we just don’t have the proper solution for it? We came up with the concept ‘Volar’. Volar is a new category of transportation named by Bellwether. It means private urban aircraft.”

“Urban” is key: as Daniel Chen explains: “We have long distance air travel, taking aircraft from country to country, but we still can’t fly in cities. We need to have that accessibility, which is why we have the Volar.”

It is hoped that Volar – the name is the Spanish verb “to fly” – will become a category of transportation, like SUV cars. KT Lin says that there are clear use cases for personalized flight: “We need to target the people suffering from traffic congestion who want solutions for it. So these are the people traveling for commutes, needing agility, flexibility and wanting their personal space. Private transport gives people options, which is not commonly seen right now on the markets.”

Chen has a vision of the Volar becoming a seamless part of the future city’s landscape: “We define the Volar for daily use, and see personal flight as the most natural thing you can do. In the built-up environment, flight means there are no obstacles.” 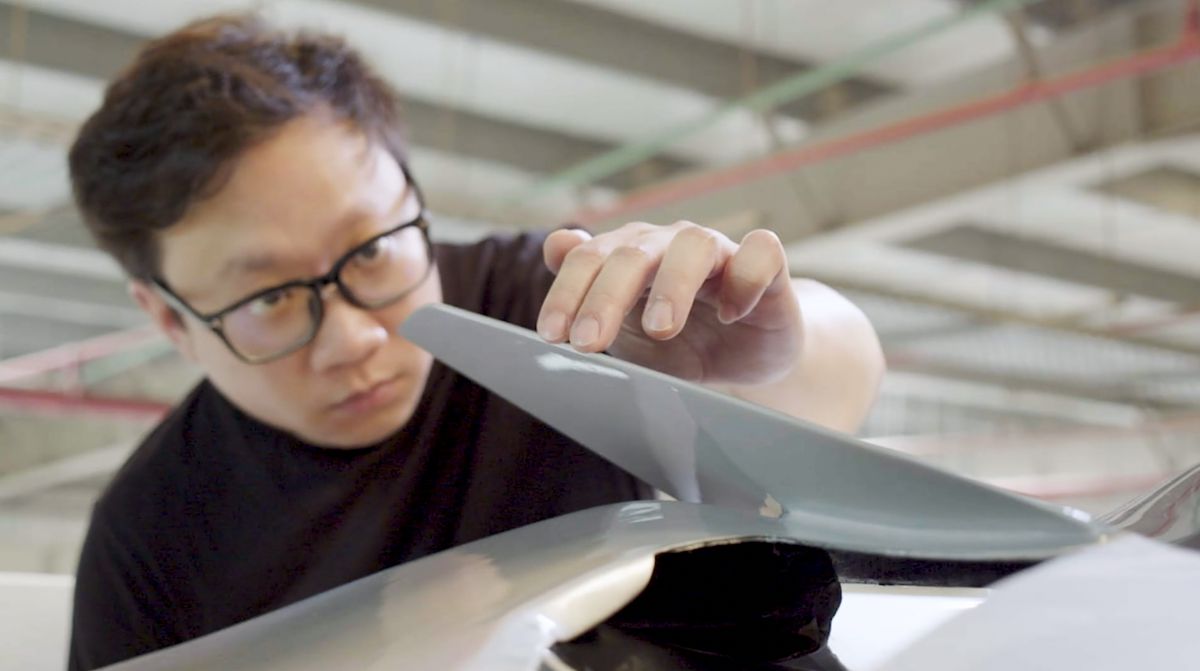 Vidyut Jacob, Senior Director of Mobility and Strategy at Bellwether says that personalized flight needs to overcome technological and psychological challenges: “Change is never easy. Overcoming objections is something we’re all prepared to accept. We need to show we have the ethics to develop responsibly and then to test vehicle safely.”

Alois Vieujot, Director at Enata Industries FZE says that their partnership within Bellwether has pushed the envelope of what is possible: “Bellwether’s Volar project is interesting because it works very well with our aerospace department, but also with Marine technologies. Overall it’s a project that excites us very much. It’s challenging, pushing innovation and it gets us up in the morning.” Olivier Nicholas, Directing Shareholder of Enata Aerospace says that there are “natural synergies” between the two companies: “We provided insight on how to make the Antelope Project, a reduced scale version of the Volar flying car, airworthy. We then built a scale prototype from carbon fiber and started doing some demo flights.”

With a skeptical market to convince, Vidyut Jacob hopes that seeing is believing: “If people can’t accept it, then it’s never going to happen. There are many examples of technology coming out and people not buying into it. So acceptance is paramount. We have to look into people’s psychology and see what disturbs their lifestyle and what doesn’t.” 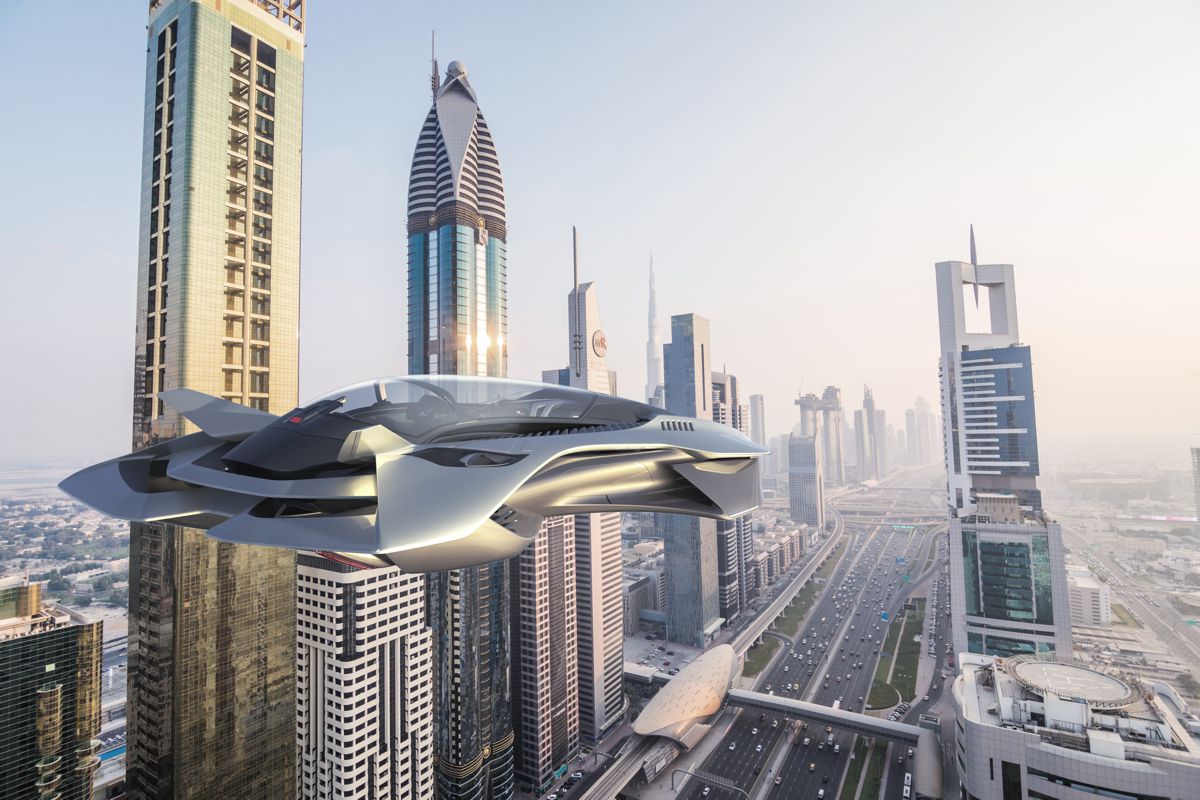 Daniel Chen says that the key to success will not be in price, but in identifying and solving the useability factor: “Instead of looking for a very good technology to think how to make the vehicle achievable, we need to look at how to make it intuitive to people because no one has done that before.”

KT Lin believes that the world is on the cusp of change to this new form of transport: “We are at the pivotal point of moving into a brand new page of our own history. We want to stay better connected with the general public. It is very important for us to look at creating a brand new lifestyle and ecosystem.”

As Zen Huang, says: “Our vision is actually to inspire the world, to think about what we truly need in our daily life. We want to define a better life and bring more value to our world. Bellwether’s vision is to disrupt, to inspire.”