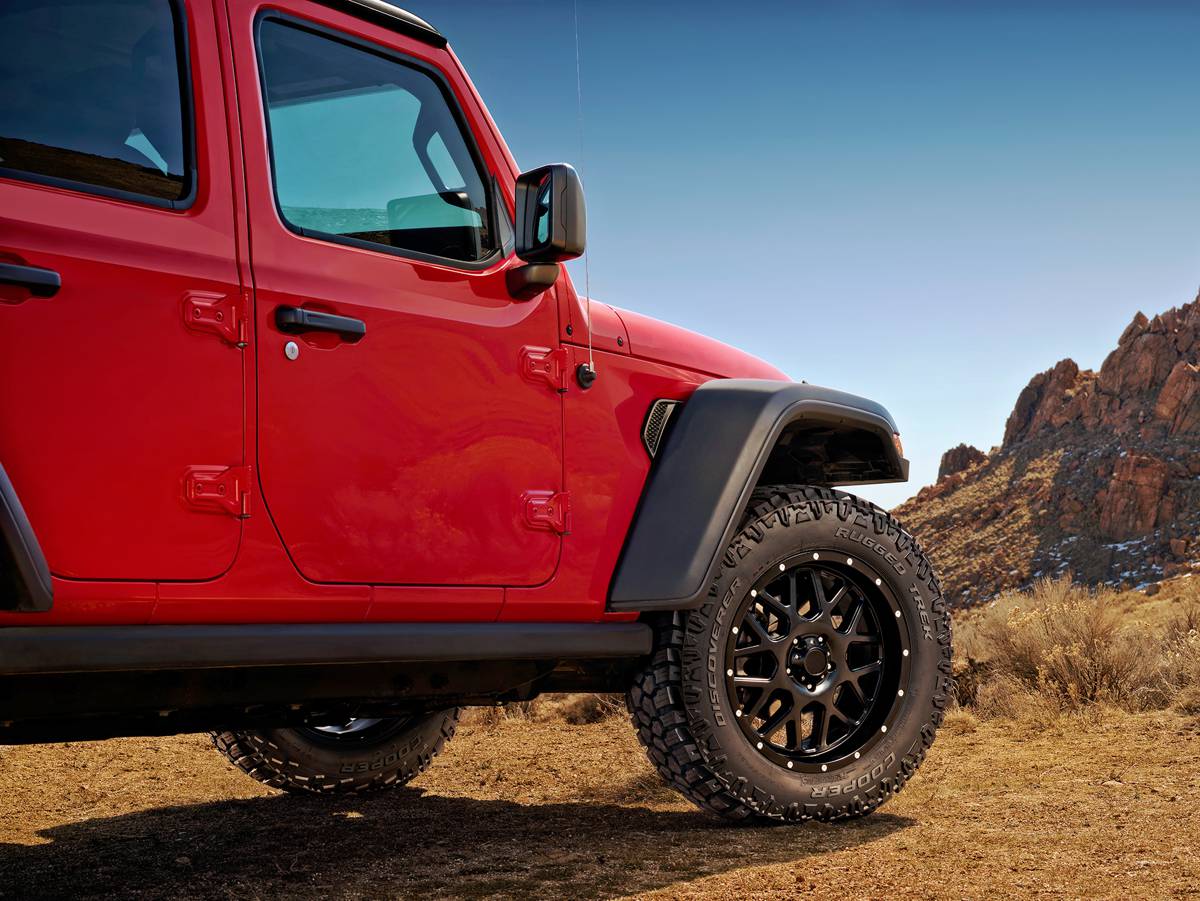 An all-season pickup truck and SUV tire, the Discoverer Rugged Trek offers drivers the flexibility of reliable, every day on-road performance in addition to a powerful, rugged design for off-road adventurers.

During the development of the Discoverer Rugged Trek, the Cooper team identified three core needs for the dual-terrain driver: hybrid performance, longevity, and appearance. The tire is Cooper’s answer to these needs by providing off-road capabilities in tandem with excellent on-road handling and wet grip, aggressive mud tire looks, and a long-lasting warranty of up to 60,000 miles.

“The Cooper team has focused on truly understanding the Discoverer Rugged Trek consumer and providing the right combination of features to make the product standout,” said Michiel Kramer, Executive Director, Product Marketing for Cooper Tire. “We wanted to combine the spirit and physicality of off-roading with a well-mannered on-road tire, and the Discoverer Rugged Trek exceeds expectations in both categories.”

Just in time for the spring and summer boom in outdoor excursions, the Discoverer Rugged Trek includes several features that benefit both the daily commute and occasional trailhead ventures or off-grid explorations.

The Discoverer Rugged Trek’s practical features are not the tire’s only appeal, as drivers are given a choice between unique sidewall designs on each side – the refined “Knife-Edge” or the bolder “Mountain Pass” – which is a first for any Cooper tire. While they offer distinct appearances, both sidewalls include raised black lettering and both further enhance off-road capabilities with long, deep cleats.

“We felt that giving drivers a choice in the appearance of their tires was a logical next step. Each sidewall adds a different flair and makes the Discoverer Rugged Trek a more customized addition to your vehicle,” added Kramer.