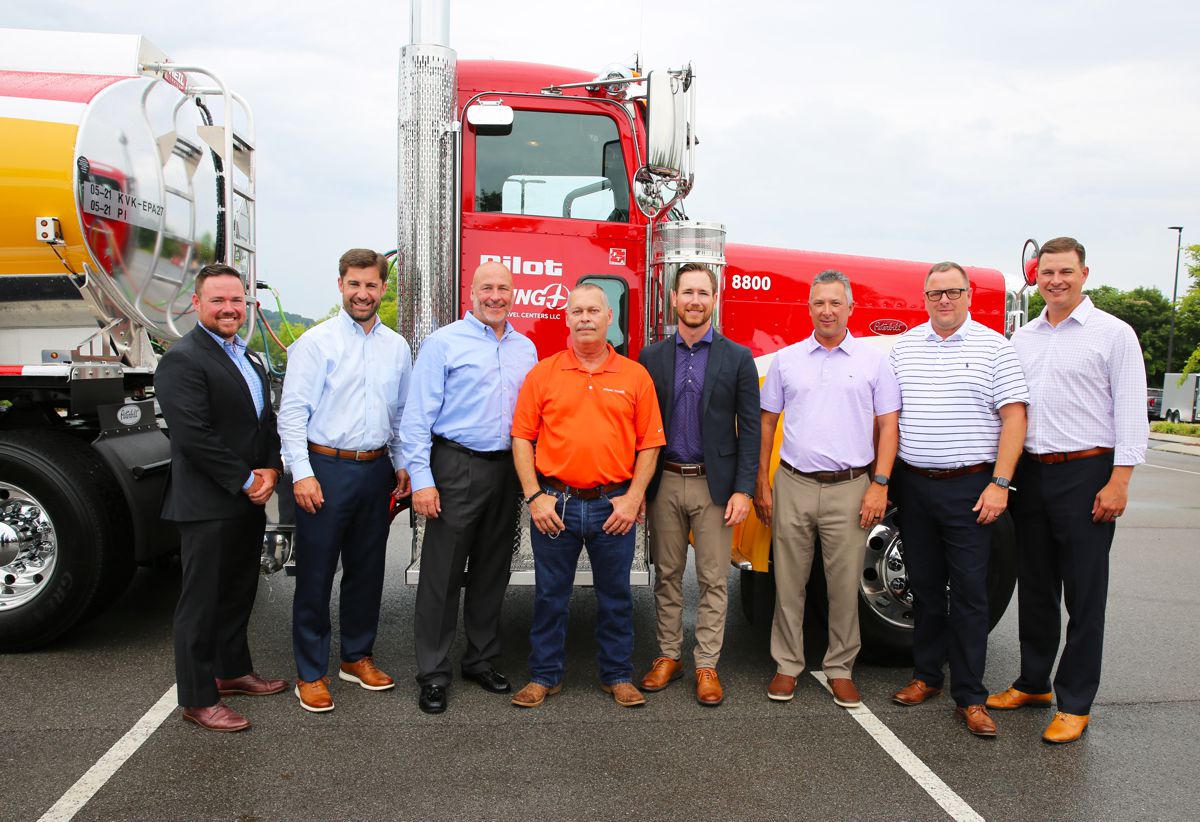 Pilot Company is recognizing one of its long-time drivers with the rig of a lifetime. Carrying on a family tradition, Daniel Abshire has driven for Pilot for more than 40 years and was honoured for his contributions during a luncheon on July 7 at the company’s Sales and Support Center headquarters in Knoxville.

Pilot Company and Peterbilt surprised Daniel at the event, presenting him with a custom Peterbilt truck that is reminiscent of the rig his father, Jim, drove during his tenure at Pilot.

Family is very important for Pilot Company, which has been a family-owned business for 63 years, and this tradition rings true with Jim and Daniel Abshire. In 1971, Jim Abshire was the second driver ever hired by Pilot. Based in Virginia, Jim became the company’s first lead driver and drove for Pilot for 42 years. Following in his father’s footsteps, Daniel joined Pilot in 1980 at the age of 21, and eventually assumed the role of lead driver when Jim retired from the position in 2013. 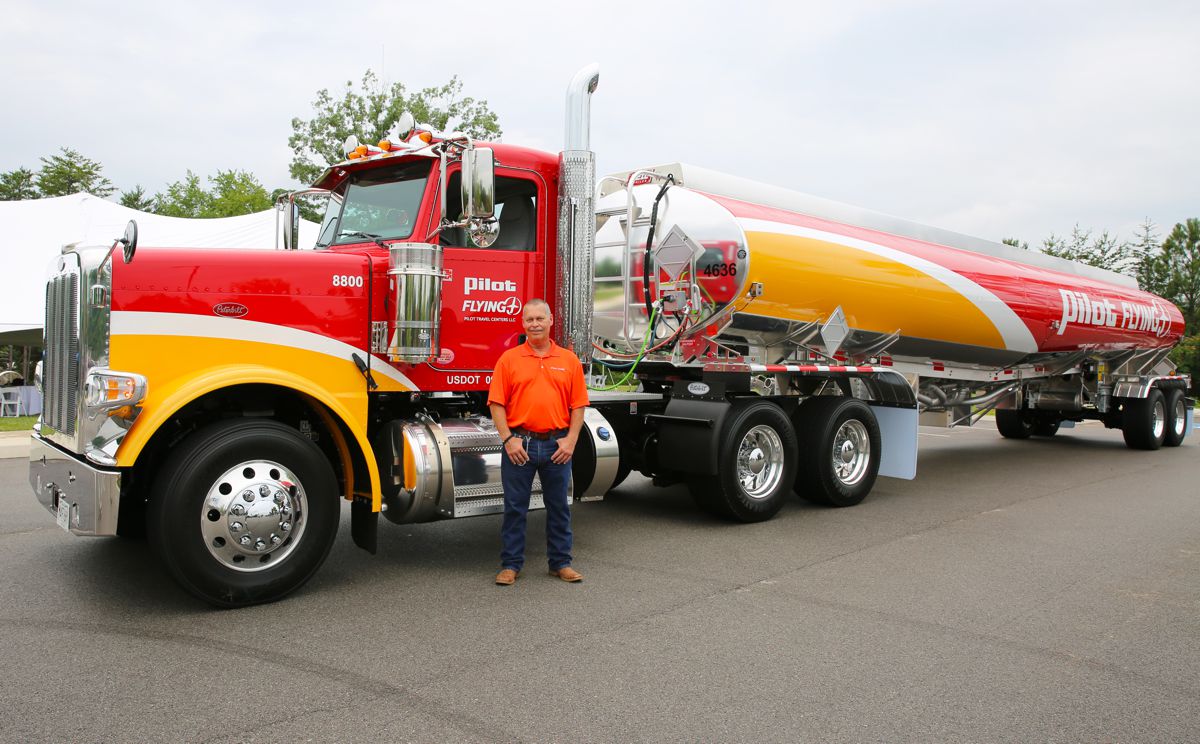 “The Abshire family and Pilot transportation are synonymous,” said Jim Haslam, Founder and Chairman Emeritus of Pilot Company. “Daniel is the best. And that’s because he learned from the best – his father, Jim. This job requires patience, endurance and a deep regard for everyone on the road. We are very proud of these two long and legendary careers and it’s an honour to recognize Daniel for his 40 years at Pilot with this specially designed Peterbilt truck.”

Today, Daniel oversees the trucks and drivers based in Staunton and Roanoke, Virginia, where he resides. During his 40-year career, Daniel has:

“I’m still in shock,” Daniel Abshire said. “I wasn’t expecting to be recognized, let alone get a new truck to drive that also celebrates my dad’s time with Pilot. I remember him driving a Peterbilt like this one, and this is my dream truck. We’ve always been part of the Pilot family, and the team here, especially the other drivers, always have been part of the Abshire family. That’s not lip service; it’s how we operate. This just illustrates how true it is. We are family.”

Both Jim and Daniel are fans of Peterbilt trucks. Inspired by a photo of Jim from the 1970s with his Pilot truck, Peterbilt designed the truck that Daniel will drive as a throwback to the 389 model with updated red and yellow Pilot Flying J graphics.

“Everyone at Peterbilt would like to congratulate Daniel Abshire and the whole Abshire family for the millions of miles they have spent on the road delivering fuel for the Pilot Company. To be a part of this celebration is a privilege and we look forward to seeing Daniel on the road behind the wheel of his Peterbilt Model 389 outfitted with a throwback design honouring the legacy of his father,” said Jason Skoog Peterbilt general manager and PACCAR vice president.

Pilot Company employs more than 1,200 drivers as the third largest tanker fleet in North America and has open positions for company drivers, as well as at its travel centres across North America. To view job opportunities, learn more about Pilot Company’s culture and benefits, and to apply, go to jobs.pilotflyingj.com.