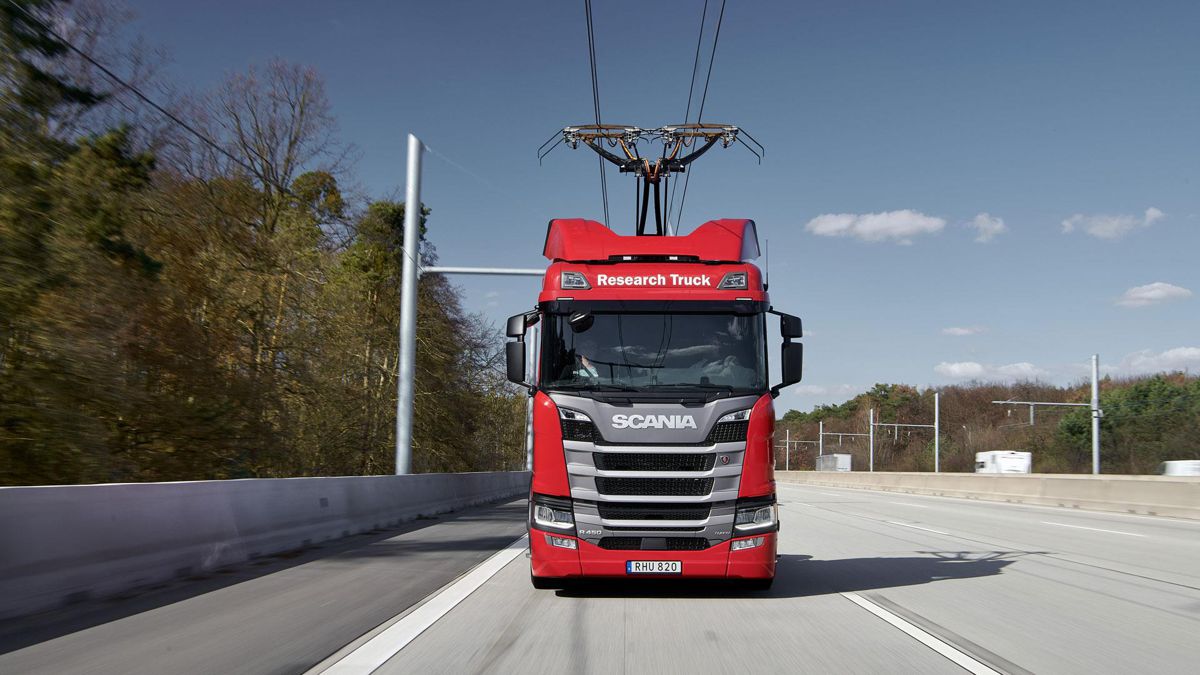 Sweden and Germany lead the way in development of electric roads

Sweden and Germany lead the way in development of electric roads

Germany and Sweden have made themselves world leaders when it comes to real-world studies on electric roads. On Gotland, the world’s first wireless e-road has been finished.

Electric roads are one of the studied technologies in the race to decarbonise heavy traffic and within a few years the first commercial electric road could be a reality. This will probably happen in Sweden or Germany.

Traffic and transport account for more than a quarter of the world’s greenhouse gas emissions, which makes it necessary to phase out fossil fuels. Today, the proportion of electric vehicles is rapidly increasing and  charging networks such as Vattenfall InCharge are being expanded at an ever faster pace.

When it comes to long haulage heavy transport, it may not be enough to charge the batteries in charging stations along the road. Instead, segments of the roads could be electrified so that vehicles may be charged while driving. This way the size of batteries can be decreased which saves weight.

“Fixed charging points will probably be used for local or regional transports. But for long haulage trucks that in Sweden can weigh up to 60 tons, or in some specific cases up to 90 tons, electric road systems are believed by some actors to be a key application,” says Colin Stewart, e-mobility specialist at Vattenfall Research & Development.

Vattenfall participates in a number of different projects to electrify road transport with the goal of enabling fossil free living within one generation.

Outside Visby on the Swedish island Gotland, the installation of  the world’s first wireless electric road was finished in December 2020, where 1.5-meter-long copper coils were installed under the asphalt on a public road between the airport and the city centre. With the help of corresponding coils in the vehicle, the electric power is transmitted via so-called induction, a proven technology that is common in, for example, electric toothbrushes chargers and also used in modern stoves.

Vattenfall is one of the participants in the Smartroad Gotland project and has, among other things, delivered an energy storage through its solution Power-as-a-service. The large battery has a power output of 240 kilowatts and is partly fed from solar cells.

“The purpose of the energy storage is to shave the power peaks from the electric road and thus avoid a permanent expansion of the network such as a secondary substation. Instead, a smaller electrical connection can be used. This is a solution that saves both time and valuable resources,” says Kajsa Roxbergh, business developer at Vattenfall Network Solutions.

In Germany, a similar wireless electric road is also being built for a bus line in the city of Karlsruhe.

First in the world

It is in Sweden and Germany that most projects on public roads are carried out. In 2017 the countries entered an innovation partnership, with electric roads as one of the areas of cooperation. Today also France is part of this partnership.

Already in 2016, the world’s very first electric road on a public road was inaugurated in Sweden, on a stretch of the E16 motorway between Gävle and Sandviken. The e-road used an overhead line and the trucks were equipped with pantographs, similar to a tram.

Today the same technology is used in several successful projects in Germany, including one project near Frankfurt Am Main. On a 60-kilometer motorway stretch, a five-kilometre segment has been equipped with an overhead line that charges the trucks while driving, and thus saves large amounts of fossil fuel. A number of logistics companies participate and use electric trucks from the Swedish truck manufacturer Scania.

A total of about 15 km of electric roads with overhead lines have been built in the country. These may not be long distances, but estimates show that already by electrifying a third of the German motorways, as much as 80 percent of the country’s heavy road transport could be electrically powered.

The rail is automatically detected

A third technology to power the roads is to install an electric rail in the roadway, much like a slot car track. Adjacent to Arlanda airport in Stockholm, Vattenfall has supported a project eRoad Arlanda, where two  kilometres of a ten-kilometre stretch were electrified and used for regular freight traffic.

The technology works with the help of a movable arm that finds the rail in the roadway. As long as the vehicle is straight above the rail, the connector is in the lowered position. In the event of an overtaking, the connector is raised automatically.

All of these technologies have advantages and disadvantages. However, some form of standardized solution will be required for any successful implementation in long haulage transports, says Colin Stewart: “Interoperability is key to enabling an electric road network to be rolled out across different European countries. We need strong coordination in respect of international, transport corridors. For example, one solution in Sweden and another in Germany would be inefficient and most likely end in failure given the potential for widely varying specifications.”

First commercial electric road may soon be a reality

So, when will we see a first commercial application? In addition to the costs, several important legal and technical issues need to be investigated. In Germany, a study initiated by the environment ministry has suggested that 4,000 kilometres of motorways could be electrified. The cost, 12 billion euros, is considered manageable in comparison the with the country’s plans to invest close to 100 billion euros in new construction and expansion of roads over the next 10 years.

In Sweden the government has commissioned the Swedish Transport Administration to develop a plan for how 2,000 km of the country’s busiest roads can be electrified by 2030. This year a special investigator will report on how electric roads can be regulated, for example existing road regulation, electrical installations, electricity networks and the electricity market.

“Alter this year we expect to see further resolution on both legal and business issues on electric road systems for a first commercial pilot in Sweden, so there should be an announcement later this year for a larger installation. But it should be the mid 2020’s before I expect to see any significant deployment of commercial electric road systems. Until then it will be pilots and demonstrations proving the technology,” Colin Stewart says.