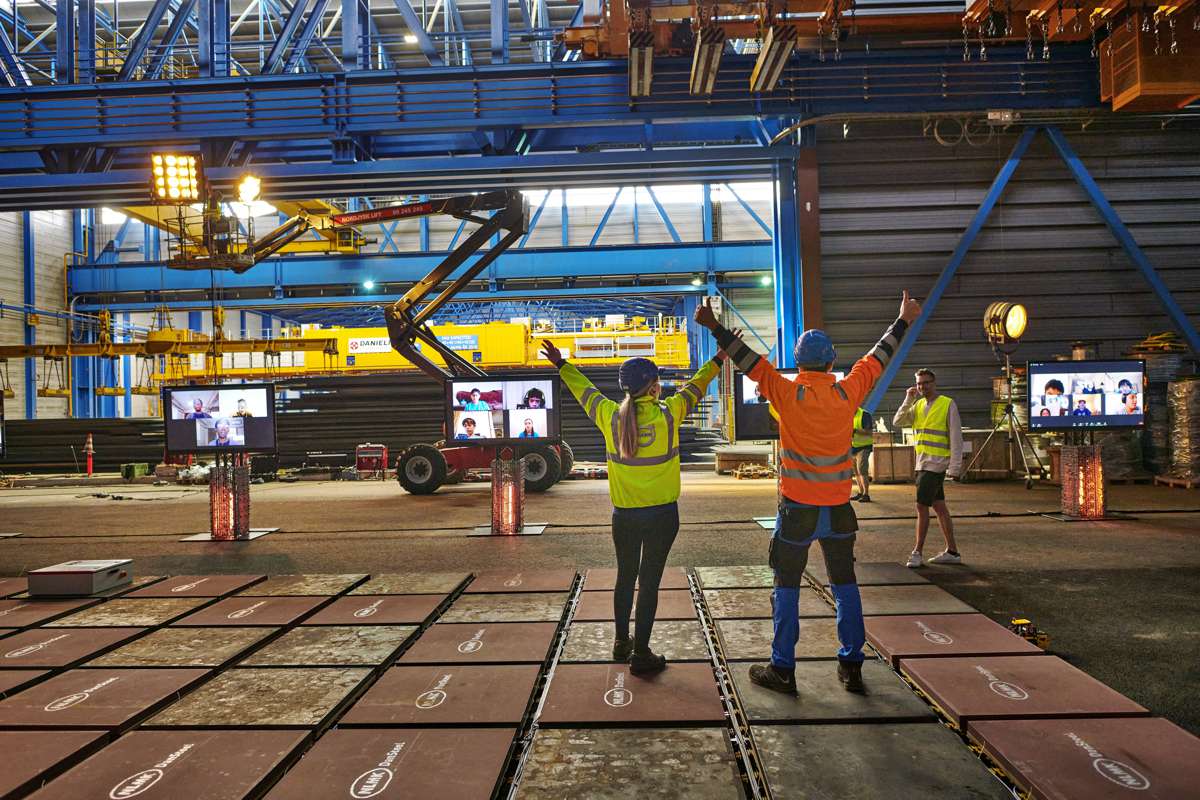 In an audacious engineering challenge set by Volvo Construction Equipment (Volvo CE) in collaboration with the LEGO Group, young people from around the world united to take on the fiendishly difficult task of pulling a 100-ton Volvo Hauler with a Lego Technic Elements Hauler.

Devised by engineering experts from both Volvo CE and the LEGO Group, the challenge was proposed to a dedicated team of young robotics students from FIRST® LEGO® League teams, to move the world’s biggest articulated hauler, the Volvo A60H – a 43 ton hauler loaded with an extra 45 tons of rocks – across a distance of 50 meters, using only LEGO Technic® elements. In a bid to showcase the incredible potential of STEM (science, technology, engineering and maths) brainpower, it was not a task that could be easily solved.

Yet earlier this year via a nail-biting livestream, that same team of 35 budding engineers watched nervously from all corners of the world to see if the clever solution they had spent hours of deliberation on would succeed. And it did. Using a total of 728,168 LEGO® Technic pieces connected together under a layer of steel plates and transmitting signals to 1,920 motors, the children created enough power on their rolling motorized grid to pull the machine’s six heavy-duty wheels across the required distance in just 30 minutes.

Frida Jönsson, Engineer at Volvo CE, who has been involved in the scheme from the very start, says: “The students showed incredible resilience and tenacity. In total they spent more than 2,000 hours of their own time to come up with a hard-fought solution that could create a pulling force of 10,000 Newtons in order to get the hauler moving.

“Despite their plans very literally turning to ashes on the first attempt (when a fire broke out forcing them back to the drawing board) the teams showed that with collaboration, teamwork and a good dose of creativity, you can always find a way to succeed. I would be lying if I said I wasn’t moved to tears by the pride and sheer joy you could see from the teams when they realized their hard work had paid off.”

In for the long haul

Over three months, four teams of children from all backgrounds all over the world – US, Sweden, Japan and Nigeria – collaborated across time zones, language barriers and a distance of 32,000 kilometres to work on this engineering challenge. Each team was sent the 2,193-piece LEGO® Technic model version of the real Volvo A60H articulated hauler and given 12 weeks to find a way to build a prototype LEGO® Technic model that could be strong enough to move the 43-ton heavyweight. And just to make the task even harder, an extra 45 tons of rocks were added to the machine.

The robust A60H, which loads 34 cubic meters and is durable enough to carry 55 tons, is used to hauling heavy loads in the most challenging of off-road conditions. But on this occasion, it was simply along for the ride.

At a time when getting a good network during a video conferencing call seems enough of a challenge, this team of young geniuses proved that remote working is no barrier to being able to brainstorm ideas and come to a viable solution.

“Our aim is to stimulate a love of STEM and showcase that there really is no limit to what the next generation of engineers can achieve if they put their minds together,” says Arvid Rinaldo, Brand Partnership at Volvo CE. “Using only online discussions, these incredibly smart people were able to solve our challenge without even meeting in person. We had set out to educate and motivate young people, but knowing how to solve complicated tasks like this without ever seeing each other is something we all need to learn in business and something they demonstrated with ease.”

They worked so well in fact that engineers had to increase the difficulty level of the challenge halfway through. Libor Udržal, Master Builder and Engineer at LEGO Group, says: “We actually had to put an additional 45 tons of rocks inside the hauler to make it more of a challenge! The motors in the LEGO Technic® 6×6 Volvo Articulated Hauler set are designed to move a weight around 3.6 kg but the hauler weighs over 11,000 times more than this. Even with my 20 years of experience, I would have felt daunted by the task in hand.”

This is not the first time the two major Scandinavian brands have teamed up with children to help solve engineering questions. Youngsters also played a vital role in the creation of an autonomous concept wheel loader back in 2018.

0 0 0
Previous : MaaS subscriber revenue set to explode by 900 percent by 2027
Next : Can you rely on force majeure in the absence of a HGV Driver?