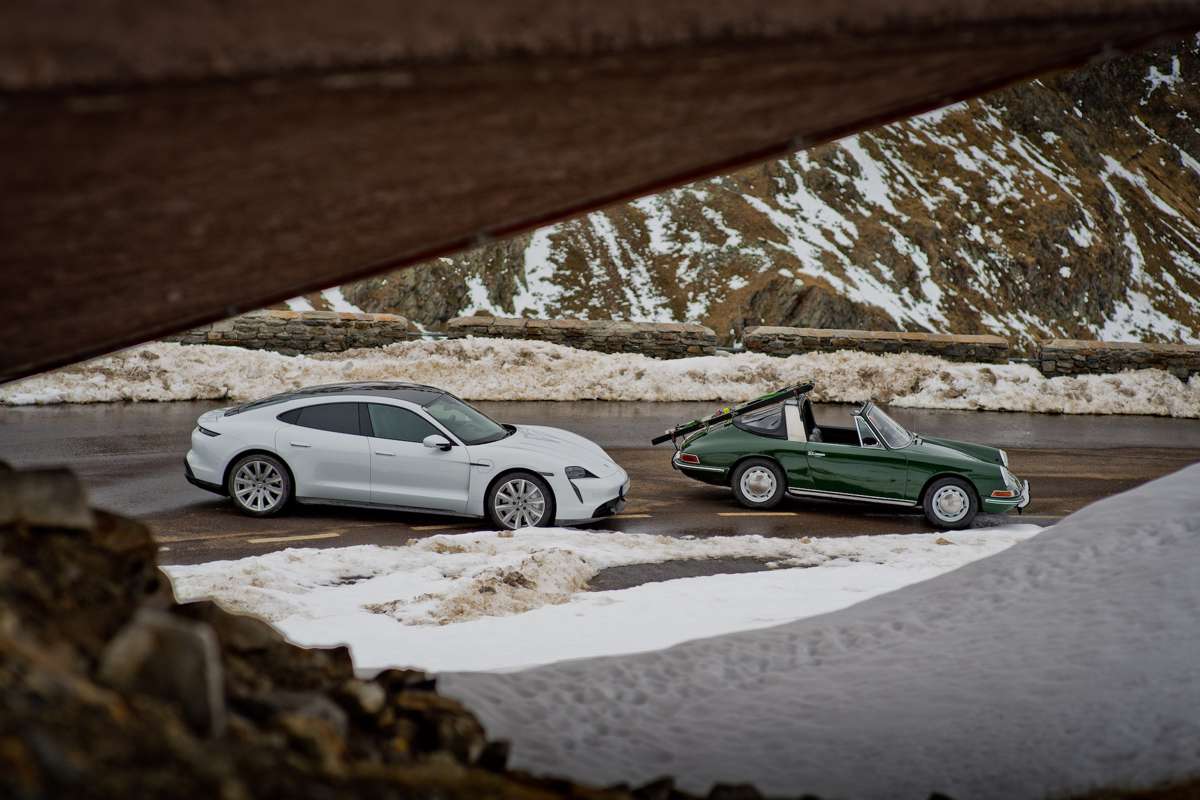 Touring the Timmelsjoch High Alpine Road with a Porsche Taycan

Touring the Timmelsjoch High Alpine Road with a Porsche Taycan

The Timmelsjoch is not the fastest route over the Alpine divide – but it’s certainly one of the most beautiful: a road that’s a pleasure to drive, inviting travellers to stop along the way.

A mountain pass is always a promise as well: of journeys and discoveries, of exchange and trade. Mountain passes cross boundaries. And every now and then they also enable a journey through time, connecting the past with the present as they shape the history of individual families and entire regions. All this and more is represented by the High Alpine Road over the 2,509-metre Timmelsjoch between the Ötztal and Passeier valleys, between Tyrol and South Tyrol, on the Austria/Italy border.

Alban Scheiber brakes into the next bend with the Porsche Taycan, sets up an elegant line on the inner edge of the road, and accelerates onto the ascending straight. He is at one with every inch of this ribbon of asphalt and the torque of the electric sports car. His twin brother Attila sits relaxed in the passenger seat, letting his gaze wander over the sweeping fields of snow. A ptarmigan – a type of game bird – observes the scene. Nothing disturbs the silence of the moment. 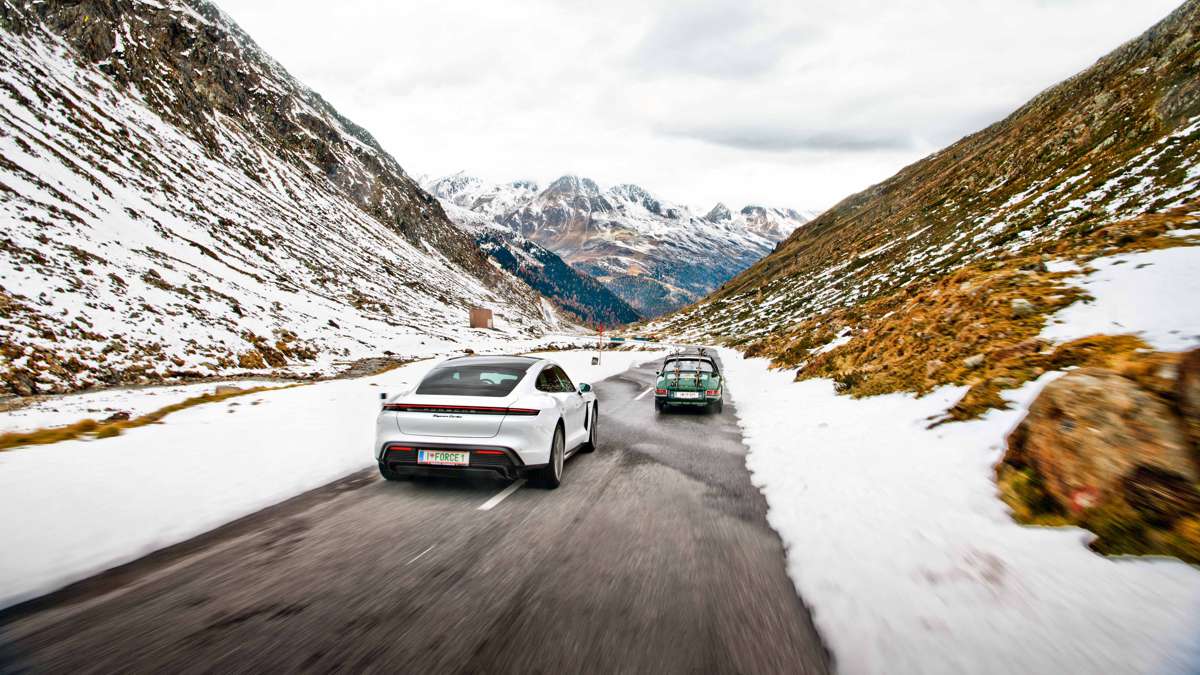 Buzz of activity in summer

Every year in early summer, the Timmelsjoch High Alpine Road reawakens with a buzz of activity. Depending on the snow and weather situation, the mountain pass opens sometime between the middle and end of May. Before that day comes, large machines spend three to four weeks cutting through layer upon layer of snow, which blankets the road.

It can grow six, eight, or even 10 metres thick in especially bad winters. The season lasts just about five months; through October, some 100,000 cars and 80,000 motorcycles cross the Eastern Alps here.

The twins are responsible for this pass, the only drivable crossing point of the Alpine divide between the Reschen and the Brenner. The Timmelsjoch High Alpine Road – 32 kilometres long – belongs to them. From Sölden in the Ötztal Valley, the modern roadway wends its way through around 30 switchbacks on its way to the top of the pass.

It’s true that the road ascends comparatively gently, but those without mountain driving experience will nevertheless find it a challenge. The road is closed to buses and large trucks. From the top, the 3,000-metre peaks of the Stubaier Alps and the Dolomites tower in the distance. A mild wind blows up from Merano; the scent of freedom and faraway places is in the air. 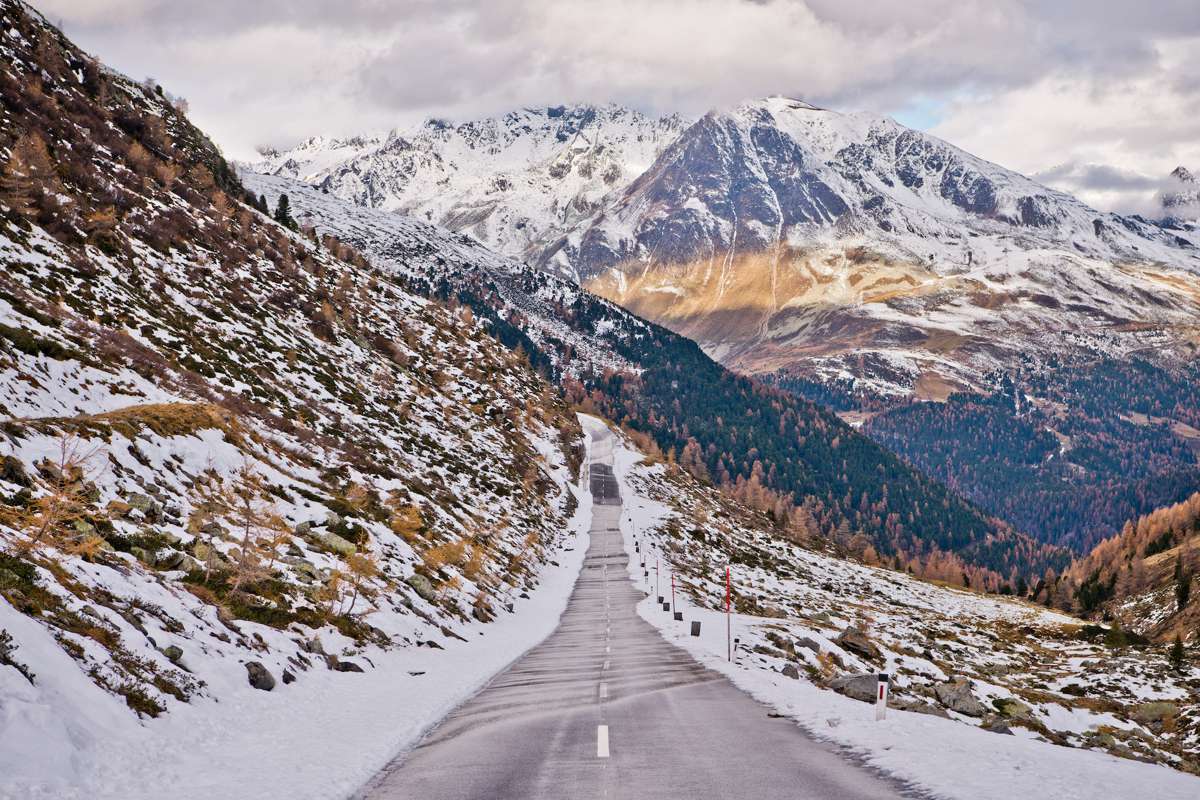 32-kilometre road up to the Timmelsjoch

For generations, the Scheiber family has been closely connected with the road. Angelus Scheiber, the twins’ grandfather, is regarded as the inventor of modern tourism in the Ötztal region. The road up to the Timmelsjoch was his idea. His pioneering vision: a morning ski on the Ötztal’s glaciers followed by an afternoon relaxing beneath palm trees in Merano.

His son Alban, the twins’ father, competed in the first Timmelsjoch hill climb in 1962 in his Porsche 356 B. In those days, the hair-raising race against the clock was still run partly on gravel. Early winners included motorsporting giants such as Hans Herrmann. It was no accident that the Italians dubbed it the Passo del Rombo, or ‘thunder pass’. The elder Alban Scheiber forged ahead with his father’s dreams; with his Hochgurgl lift company, he eventually bought out the government’s share in the road and became the majority owner. 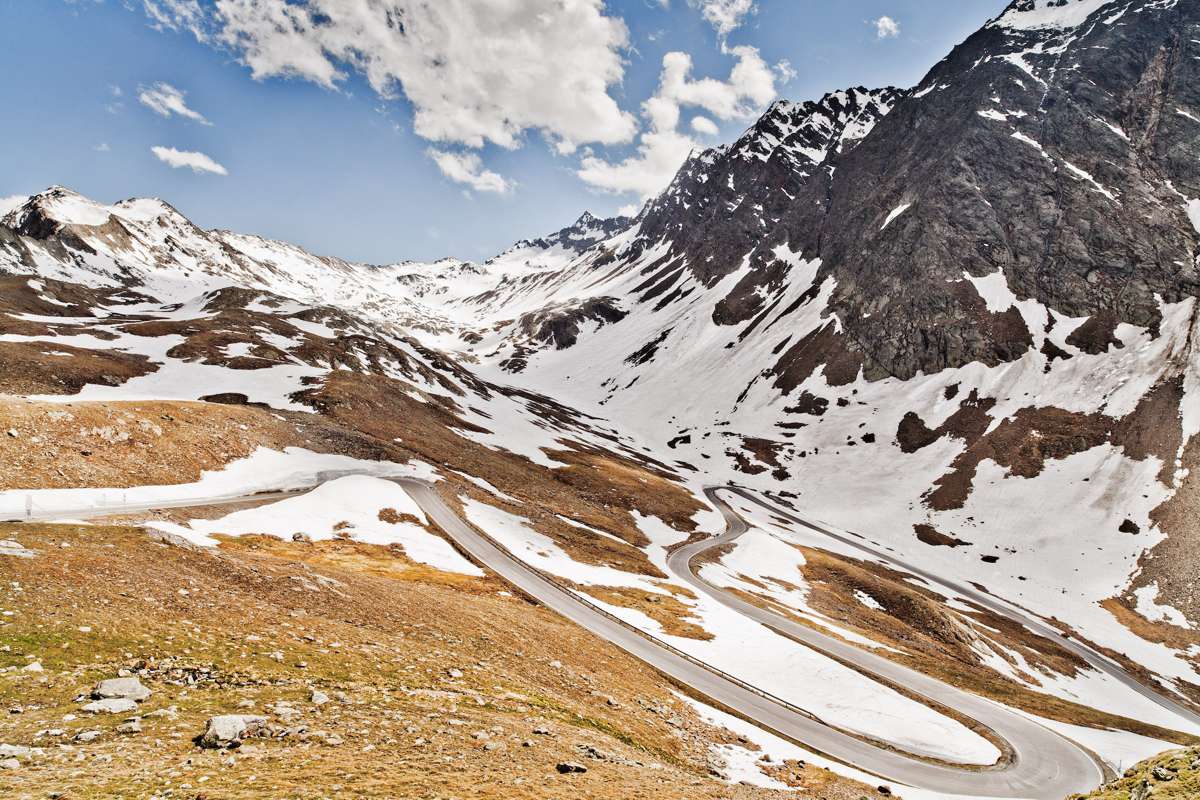 For Alban and Attila, a love of the road and fast cars is in their blood. “We got our first moped at the age of six, and we were riding motocross bikes up the mountain at eight,” recalls Alban. Together, the brothers ushered the road into the modern age. “Here, it’s not about quickly getting from A to B,” Attila stresses. Those in a hurry choose the Brenner autobahn over the Alpine divide – and might catch a glimpse of the nature and towns if they’re stuck in a traffic jam.

Those who cross the Timmelsjoch, by contrast, enjoy the travel experience of a bygone era, and are well advised to make the time for breath-taking mountain views, architecture, and moments of reflection. One is en-route, and yet already there. Getting further down the road no longer seems important. Taking it all in is the journey’s destination. 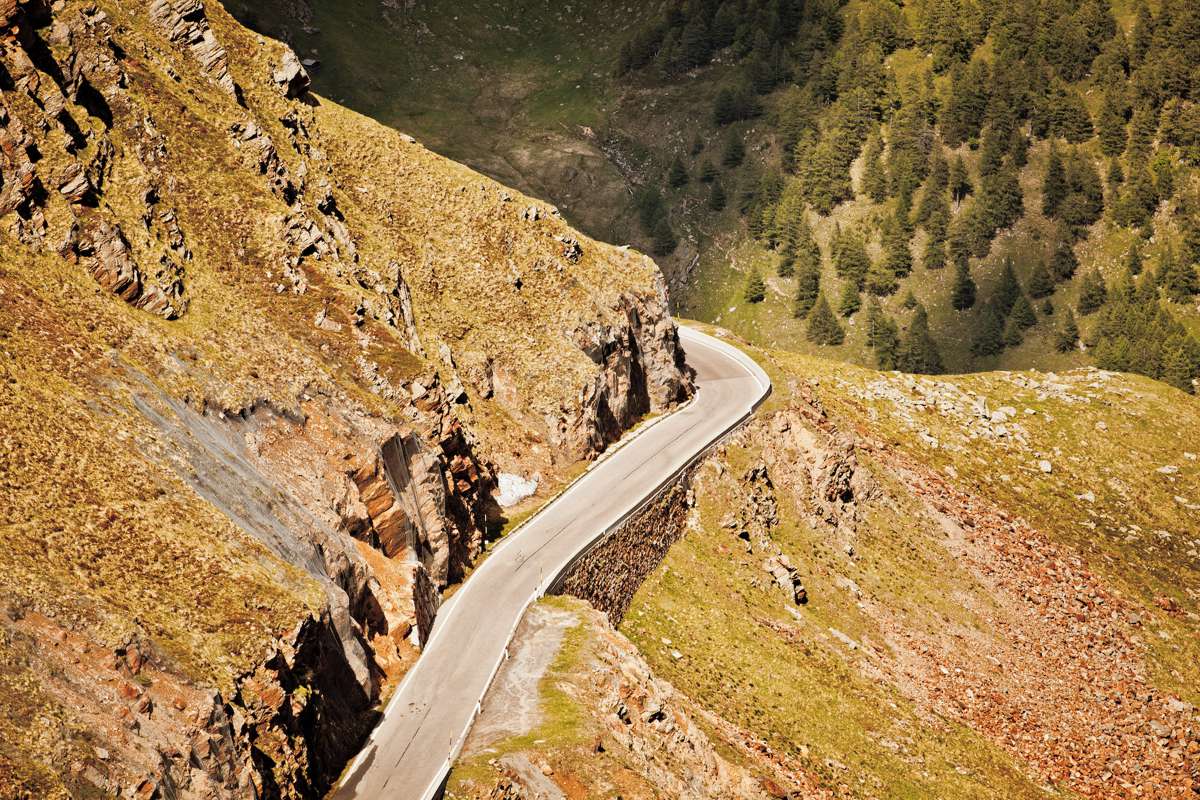 Thirty switchbacks on the way to the top of the pass

The national border? Nothing but a vague memory up here. Instead of barriers and customs offices, the line between Austria and Italy is marked by two inconspicuous posts in the terrain and a plaque in the asphalt. Somewhere above the road, the spectacular new Pass Museum awaits: anchored on the Ötztal side, it levitates a good 16 m outwards in the direction of friends in the Passeier Valley.

The monolith blends in with the rugged surroundings like an erratic boulder. Inside the highest-altitude museum in Austria, floor-to-ceiling glass structures form an artificial ice cave; photographs recall the travails of early roadbuilding efforts. In the 1950s, the first 12 km were laid by hand, one stone at a time. 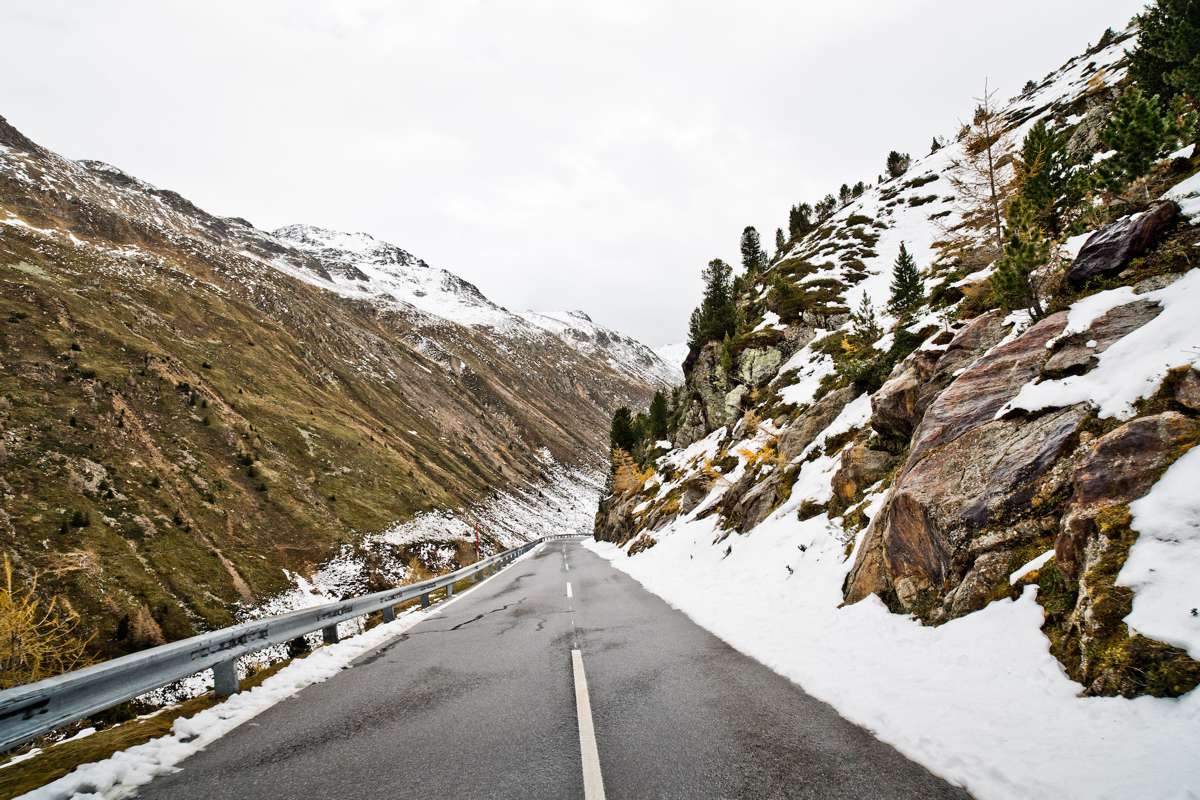 The exuberant architecture of the building is also manifestation of the Scheibers’ ideal. Though the First World War may have separated Tyrol and South Tyrol, in modern Europe, the regions are growing ever closer together. “The Timmelsjoch road has been spanning frontiers and uniting people for more than 50 years now,” says Alban.

The twins’ years of training were equally boundless. They studied and worked all around the world, venturing as far afield as Japan and Australia. And they brought their experiences back home with them. Like their father, they are cableway and ski school operators and hoteliers as well. And they take care of the road, which is a lifeline for the surrounding valleys, and indeed the entire region. 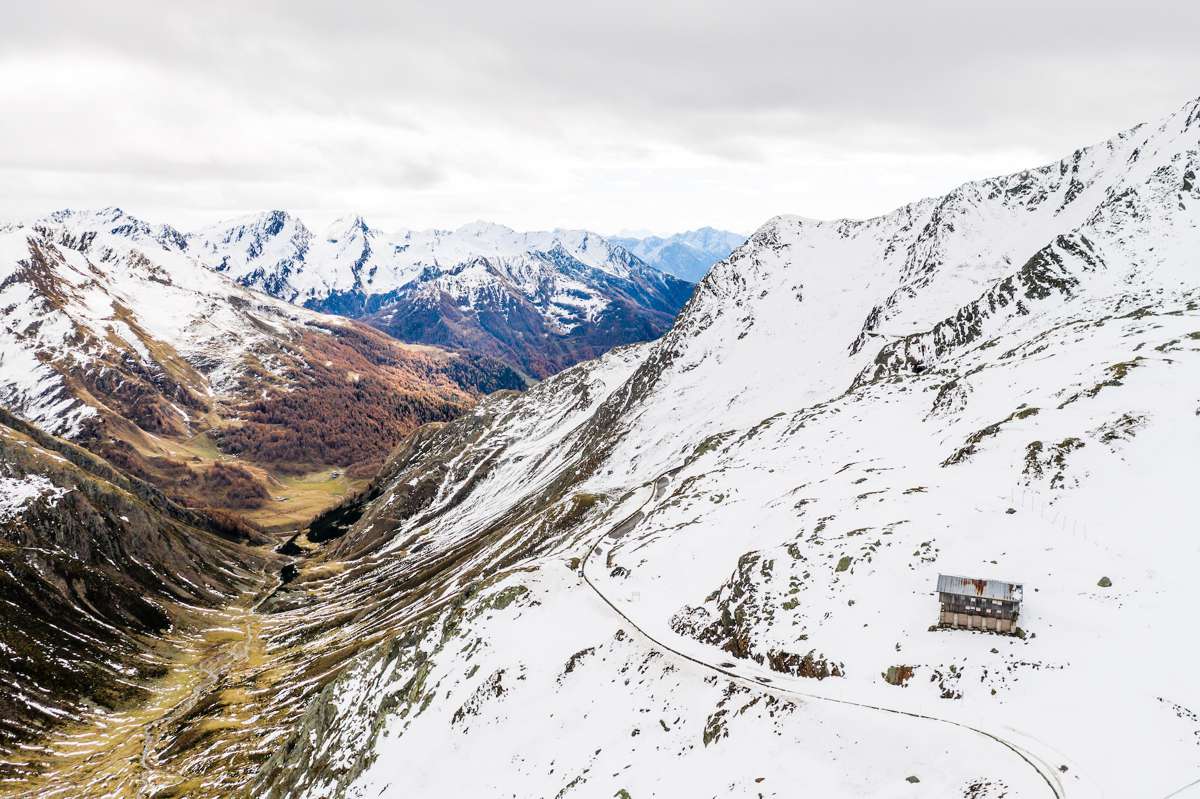 Local families still recall how things were before the road – and the livelihoods it enabled – arrived. The miners in the Ötztal were trapped in their world, scratching a meagre living out of the rugged land in the short snow-free season. Smugglers plied their dark trade amid the craggy slopes. “Without the visitors, the region would probably have hardly any people left at all,” says Attila. Those who remember the olden days have a different view of the booming tourism – they view the cars as a blessing.

To keep the pulse going, the brothers have continued to invest vast sums. “If you’re going to do something, then do it right,” is how Alban describes their approach. Not only the road is in first-class condition: the Scheiber brothers are changing the places along the way as well. Between Hochgurgl and Moos in the Passeier Valley, extraordinary works by South Tyrolean architect Werner Tscholl can be seen at six locations. Sculptural buildings house information waypoints telling the history of the road. Visitors encounter the smugglers of yore and alleged aliens, and discover high-altitude mines. 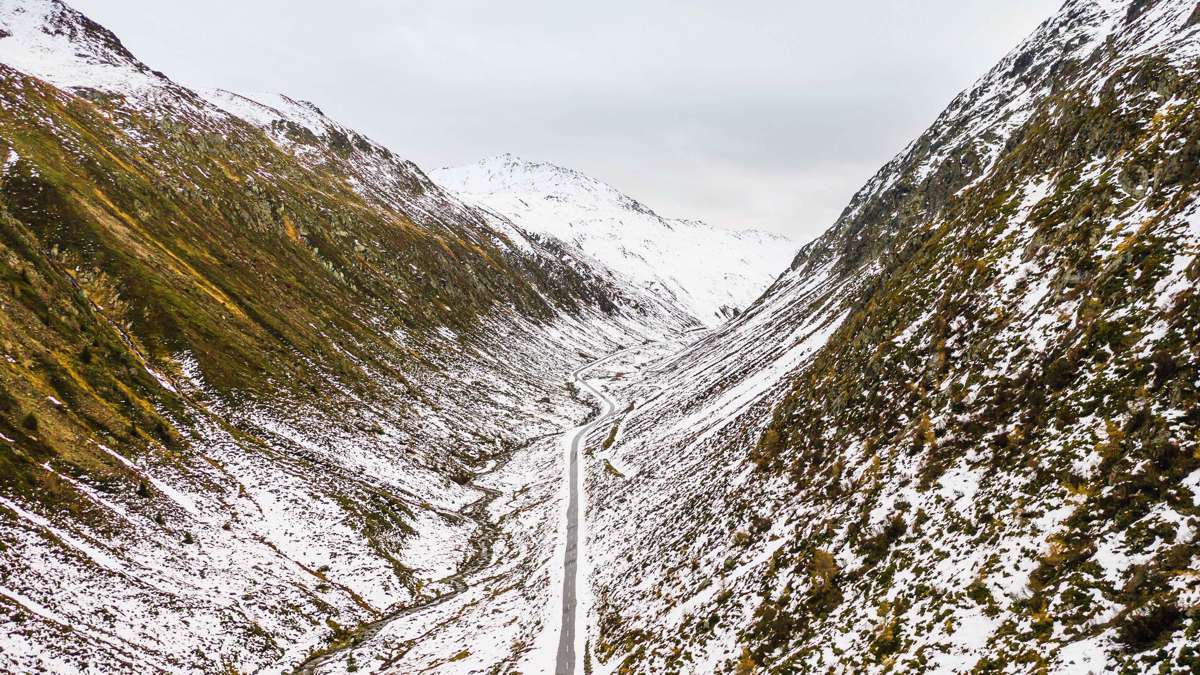 Where the old toll station from the 1950s once stood, the Top Mountain Crosspoint was built at 2,175 metres elevation. An organically sweeping construction built of timber, stone, and steel – including the valley station of the state-of-the-art Kirchenkar Mountain Gondola, which in winter carries up to 2,400 skiers per hour to the summit. The complex is also home to a large, sunlit restaurant where one of the most beautiful Alpine views can be found.

The lift and the restaurant both made it through the 2020/21 winter. The heart of the Top Mountain Crosspoint was not so fortunate: on 18 January, a blaze swept through the Top Mountain Motorcycle Museum, destroying it. For decades, the brothers had collected rare bikes and icons of vehicle history with passion and meticulousness. 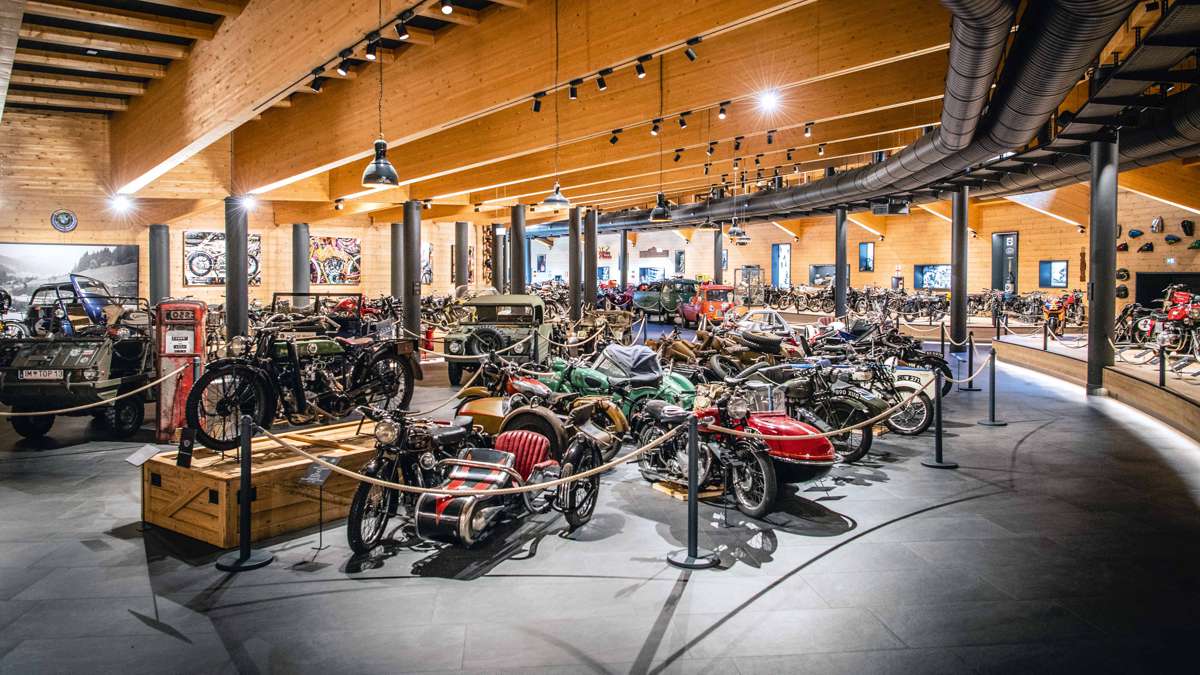 The museum featured 330 motorcycles spanning 100 years – contemporary history from A.J.S. to Zündapp, complemented by treasures like a 1967 soft-window Porsche 911 Targa – the same vintage as the brothers themselves. They had big plans. An expansion was in the works. The idea was to experience the machines even more interactively. Instead, all of these irreplaceable exhibits fell prey to raging flames. As though Thunder Pass still seeks tranquillity.

On 18 November, the Top Mountain Motorcycle Museum celebrated its grand reopening. As part of a worldwide roadshow, the Porsche Museum has been exhibiting three models there since: the 911 (Type 997) GT3 RSR Flying Lizard, the 911 (Type 991) RSR Sau – or ‘Pink Pig’ – and the original 919 Hybrid 2016, which earned Porsche its 18th overall Le Mans victory in 2016 after 5,233 kilometres at full tilt. 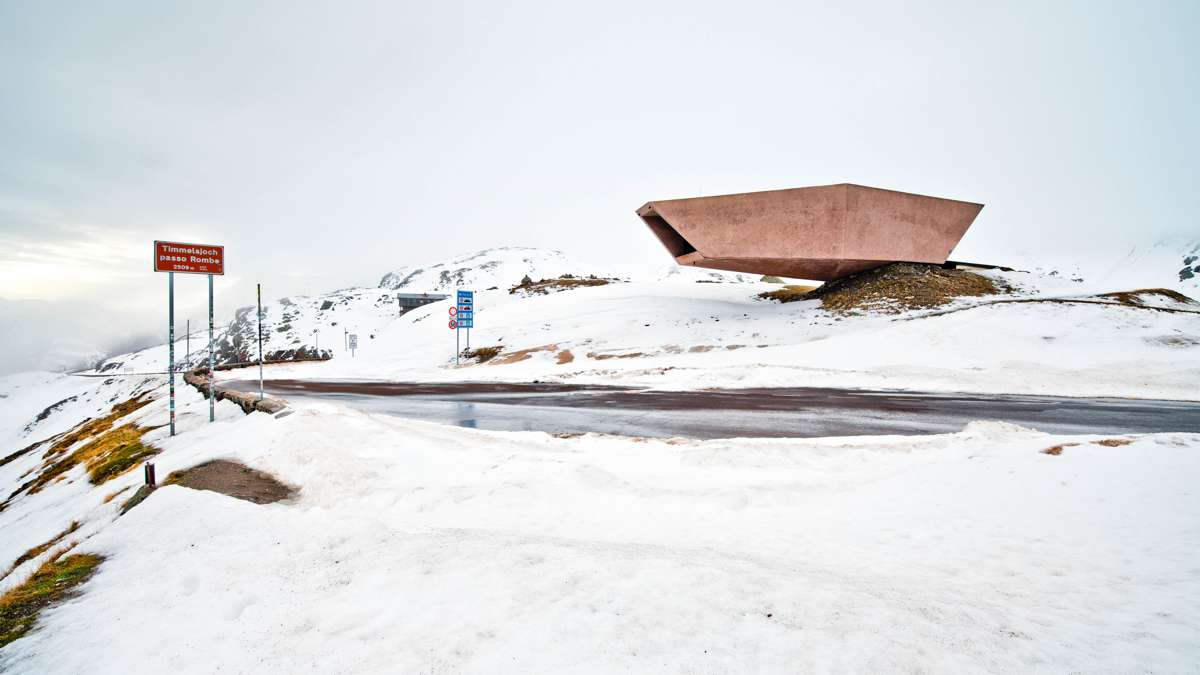