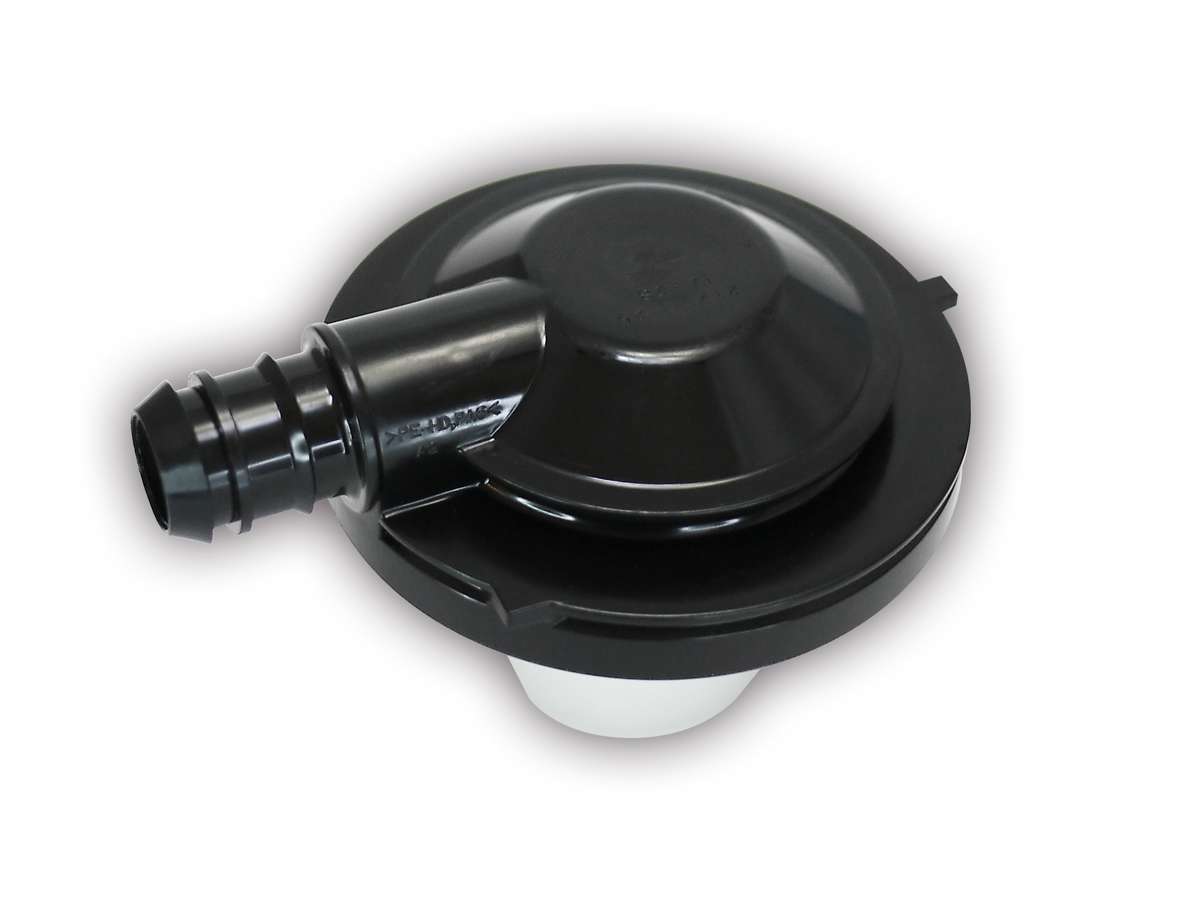 Toyoda Gosei has developed a cutoff valve with a novel structure that contributes to lighter vehicle weight.

This cutoff valve is now being used on the new Toyota Land Cruiser in some regions.

Cutoff valves are plastic components of fuel tanks that prevent elevation of the internal pressure, which if excessive can lead to rupture of the tank, by releasing vaporized gasoline as the temperature in the tank rises. Gasoline more readily vaporizes in regions such as the Middle East, where temperatures are high, and in mountain areas where the atmospheric pressure is low. Higher ventilation performance is needed in such places.

The newly developed cutoff valve has modified structures for higher ventilation performance. This decreases the number of cutoff valves used in a fuel tank and contributes to lighter weight of the tank overall. It received the “Project Award” for technical development for the new Land Cruiser from Toyota Motor Corporation, in recognition of its contribution to higher environmental performance of the vehicle.

Toyoda Gosei will leverage its core technologies of rubber and plastic and continue to contribute to higher vehicle environmental performance through the supply of lightweight products with improvements in material technology, decorative technology and design.